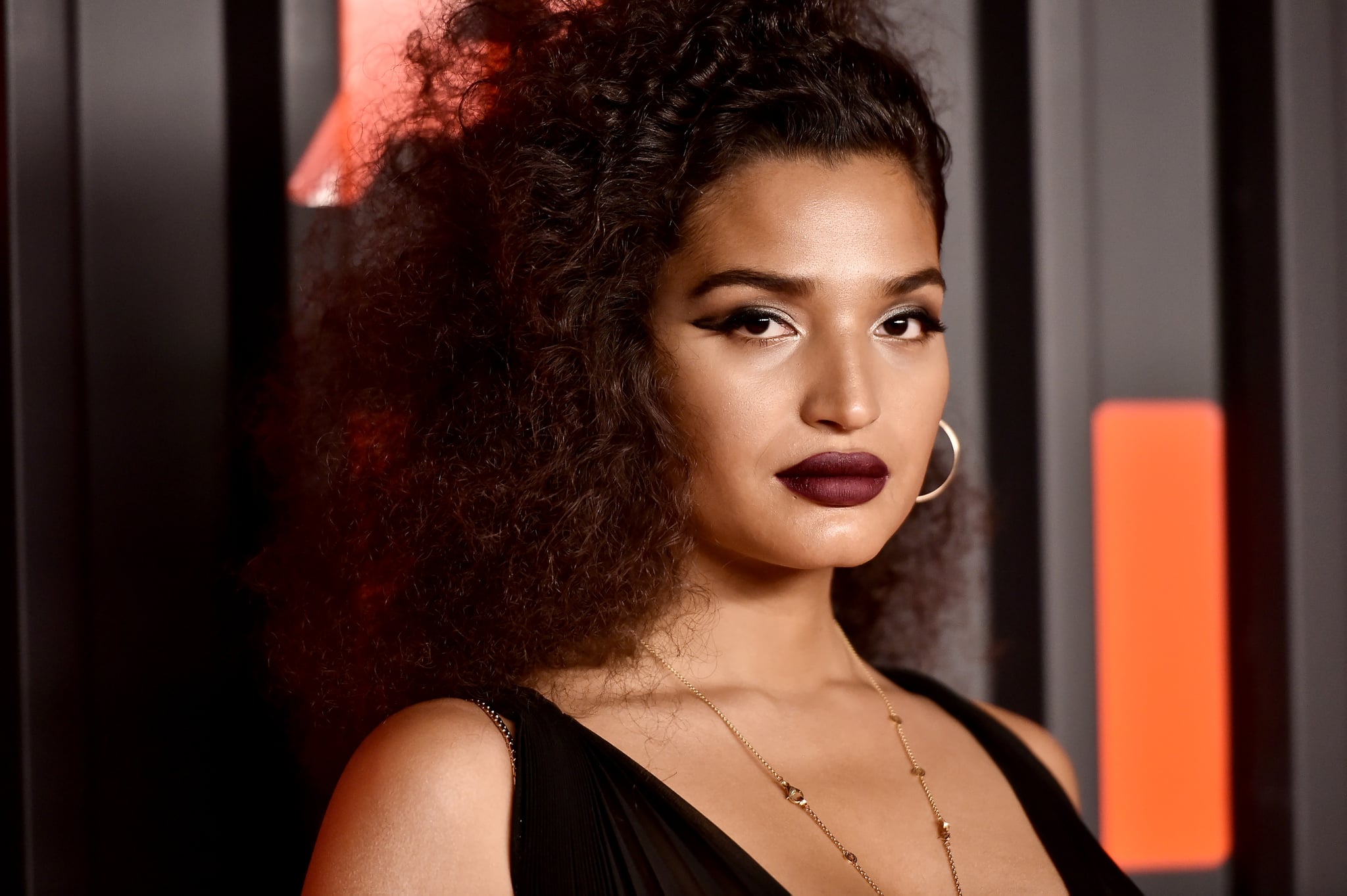 If you thought Transgender Awareness Week was just about helping uplift the voices of transgender people and their stories, Pose actor Indya Moore is reminding us all of another important duty: checking how you speak to transgender people. In a powerfully raw Instagram video, the 25-year-old actor called out "well-intentioned" cisgender people who continually ask them about their transition and body.

The conversation stemmed from an Instagram message Indya received from someone "hoping" they wouldn't be offended by them asking who their surgeon was. "Hoping you understand how much it would mean to me if you answered," the unknown messenger wrote. The message is a common one in Indya's inbox, the actor revealed in their caption on Nov. 16, as cisgender women "ask me about my body with these same tired set of assumptions very often." They went on to note that since they've never shared any information about having cosmetic surgeries, it should be assumed that they have no desire to discuss it with complete strangers.

"Stop asking me about my body. You know, [it's] hurtful and yet you do it anyways," they wrote. "Stop coming to me with inquires about body modifications, [it's] triggering, disturbing and hurtful . . . Stop picking trans peoples' bodies apart . . . Stop asking me questions about my private parts. Stop asking us about what processes we've gone through to exist[,] stop speaking about our bodies like our operations aren't life saving, like it isn't health care. Trans people aren't living examples of your dream boob job. We are not cosmetic mood boards. We are literally still fighting the notion that our lives, [our] humanity, are cosmetic. So do not ask me about my hormones and do not asking me about no surgery."

The next day, the actor returned with an Instagram video addressing the message and responses they've received since the previous post went live. Noting that it's currently Trans Awareness Week, Indya pointed out that a lot of replies from cisgender men and women were calling their post mean and centered on the unknown messenger rather than Indya themself. "Every comment justified their open curiosity about my body and their presumption that I had surgery just because I'm trans," they said. "I'm tired of cis-women asking about my body. I don't care if you think I hate cis-women or men because I'm asking [them] to stop asking about my body."

Indya recounted two experiences in which cisgender women asked them about cosmetic surgeries, including an occurrence in which their waxer did so mid-appointment. "Do you understand what that feels like? And after asking me where I got my vagina done, she told me she wanted to get labiaplasty because she didn't like the way hers looked," the actor revealed. "Why am I suddenly in a space where I have to be a resource for what you want and what you don't like about your body? Why can't you just stop at admiring trans people?"

Related:
Broaden Your Horizons With 19 Must Reads by Trans and Nonbinary Authors

The actor likened it to the experience of Black women who are often pressured to get work done to "be whatever it is that men want women to be in the moment." They also rejected the notion that they aren't allowed to get upset when people ask invasive questions about their body. "Just because I'm a public figure, doesn't mean that I get to be less human," they said.

In the end, the actor maintained that they won't serve as a resource for cisgender women who are looking to get cosmetic surgery done and let men, "trans and cis alike," know that they are not welcome to reprimand Indya for establishing that boundary. "And if you feel like I hate you because I made this boundary . . . you're bogus as hell. You're literally white peopling," the actor said. "You're doing the same thing that white people do when Black people tell them that whatever microaggression they've come up for the day is wrong [sic]. These are aggressions too. If Black people letting white know how to respect them is racist, then fine, let me be cisphobic for letting cis people know how to respect me."

While I can't speak for the trans experience, I can say that as a Black cis woman, it's mind-boggling that any woman believes they have a right to put someone through blatant objectification when that's something most of us have had to suffer through since before we even hit puberty. The constant scrutinization and dissection of bodies that are seen as feminine has been long-fought against, and the idea that trans or nonbinary people are somehow exempt from the same basic human respect we demand from men because it's us doing the dirty work is, quite frankly, bullsh*t. We cannot demand that people respect our ownership of our body and then turn around and subject others through the same harassment out of terribly misplaced entitlement. And we're damn sure not allowed to tell someone what they have to do, regardless of their status in the public eye!

Let Indya's video be a lesson to all those who have ever done this disgusting deed or felt the urge to; we all need to check ourselves constantly. None of us is perfect, but it doesn't take much to realize how not to be an assh*le. Misogyny is still misogyny when it's done by a woman.

Identity
2022 Has Been a Dangerous Year For the LGBTQ+ Community. Here's How We Can All Help.
by Nayanika Guha 8 hours ago