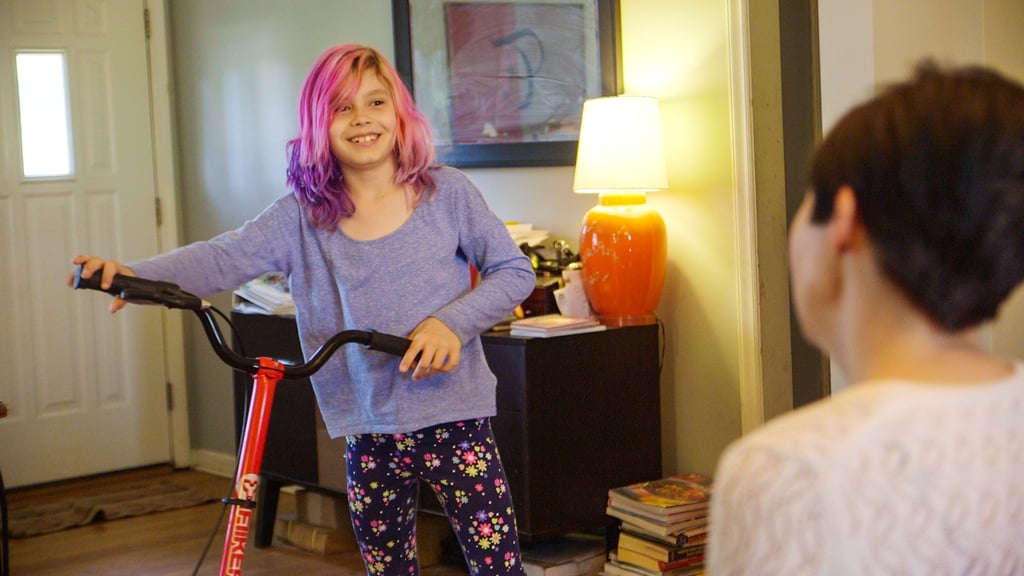 We have a very long way to go in terms of pro-trans legislation.

An intimate look at growing up as a transgender child, HBO Max's new documentary Transhood is both eye-opening and emotional. Directed by Sharon Liese, it follows four children who identify as transgender — Leena, Jay, Avery, and Phoenix — over a five-year period.

Although the documentary is heavy and complex in terms of narrative, parents who want to discuss gender identity and be an ally to the transgender community with their family should consider the following takeaways from Transhood. Read ahead to learn more about what it's like to be a transgender child or teen in the US.

Related:
These Stunning Photos of a Boy Acting as His Mom's Doula Normalize Childbirth
Previous Next Start Slideshow
Tweens And TeensDocumentariesHBO MaxTransgenderGender

Demi Lovato
Demi Lovato Is Being Accused of "Queer Tourism" For Changing Her Pronouns. Here's Why That's Harmful.
by Emma Flint 6 days ago