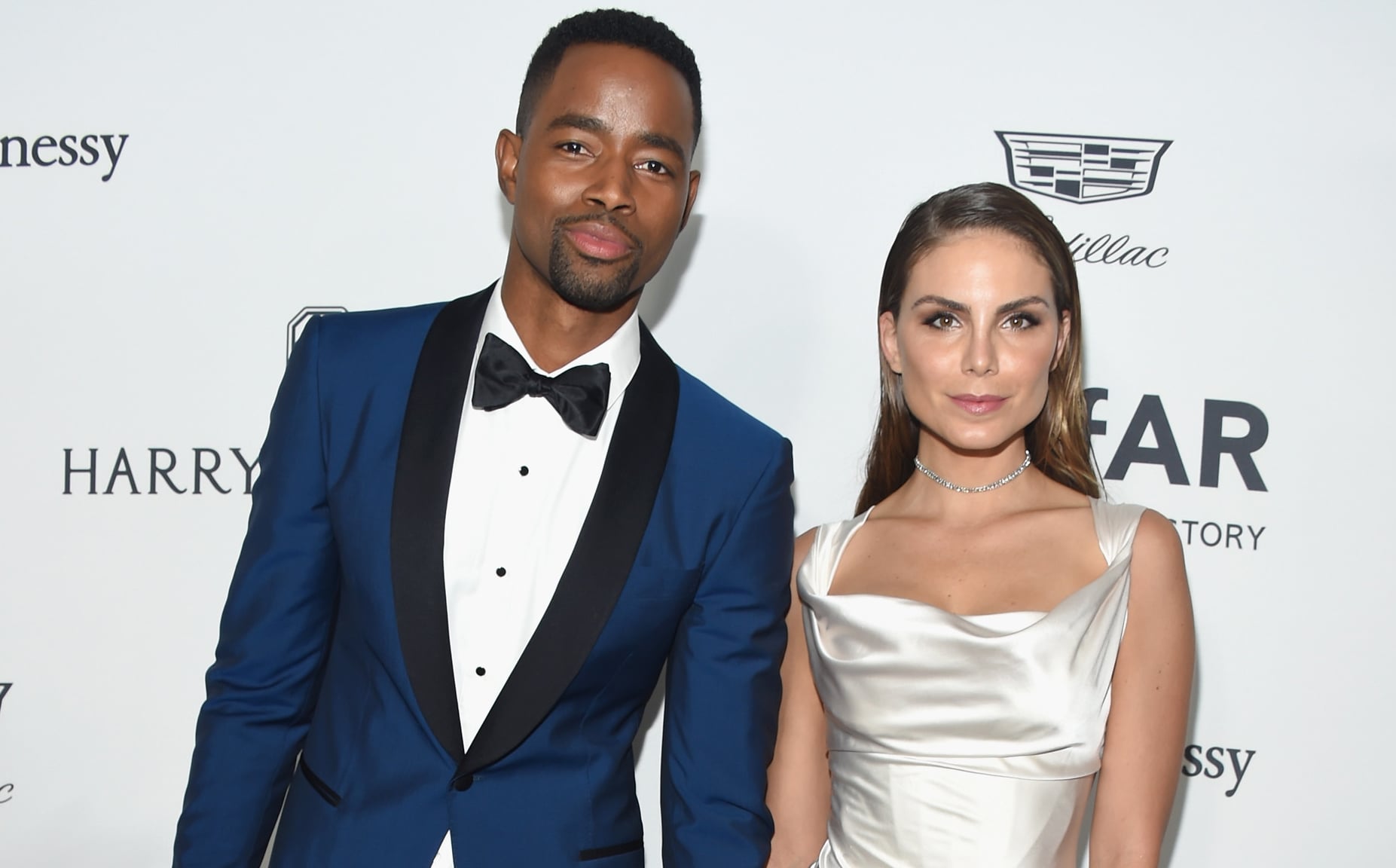 Jay Ellis prefers to keep his love life private, but many fans (myself included) seem to be wondering if he and longtime love Nina Senicar are married. The two have been together since 2015, though it wasn't until two years later that the 38-year-old Insecure actor finally confirmed their relationship in an interview with The Breakfast Club. "I don't really worry about anything else, and that's it," Jay explained. "I think for me, we give so much of ourselves in what we do no matter what side of the industry we're on, so for me . . . a relationship for me is probably the most important thing that I think two people can have."

Jay and Nina have shared countless memories together, as evidenced by their Instagram accounts, including the birth of their daughter, Nora Grace, in November 2019. The 34-year-old Serbian actress first confirmed that she and Jay were expecting to Serbian magazine Story in a June 2019 cover story. In that same interview, Nina also revealed that she and Jay were engaged and planning to tie the knot in Italy over the summer. Even so, it's unclear if Nina and Jay actually did get married considering the fact that nothing's been confirmed and we have yet to spot a wedding band on Jay's hand. Still, it is worth noting that Jay posted an Instagram snap of himself in Italy in July 2019. Hmm . . . so what's the truth? Guess only time will tell.

Related:
Unlike the Show, the Insecure Cast Are All Actually Friends in Real Life