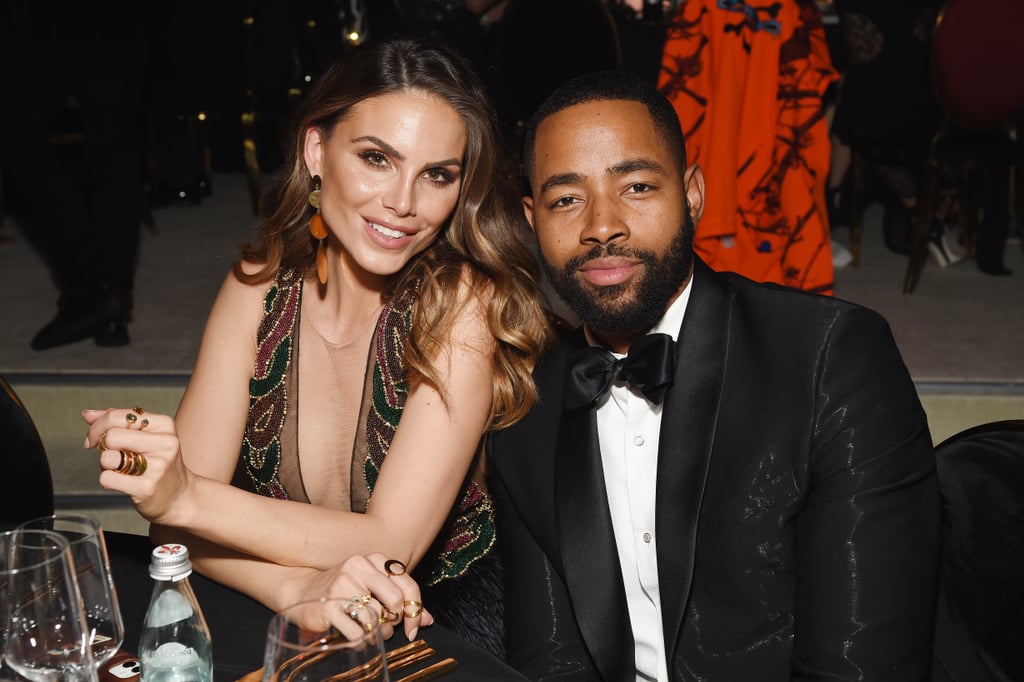 Jay Ellis's love life may be complicated in his role as Lawrence on Insecure, but offscreen, it's a different story. The 38-year-old actor has been romancing Serbian actress Nina Senicar since 2015, though it wasn't until 2017 that he confirmed their relationship during an interview with The Breakfast Club. Given how private Jay is when it comes to his personal life, he didn't divulge too many details about their romance, but he did say he's in "a very happy relationship." "I don't really worry about anything else, and that's it," Jay said. "I think for me, we give so much of ourselves in what we do no matter what side of the industry we're on, so for me . . . a relationship for me is probably the most important thing that I think two people can have."

In June 2019, Nina revealed to Serbian magazine Story that she and Jay were expecting their first child together. In that same interview, Nina also announced that she and Jay were engaged and set to tie the knot that summer. Five months later, the pair became parents to a beautiful baby girl named Nora Grace. While we patiently wait for season five of Insecure, see some of Jay and Nina's sweetest moments ahead.

Related:
58 Drool-Worthy Photos of Jay Ellis That Will Intensify Your Crush on Him
Previous Next Start Slideshow
Celebrity InstagramsInsecureCelebrity CouplesRed CarpetJay Ellis