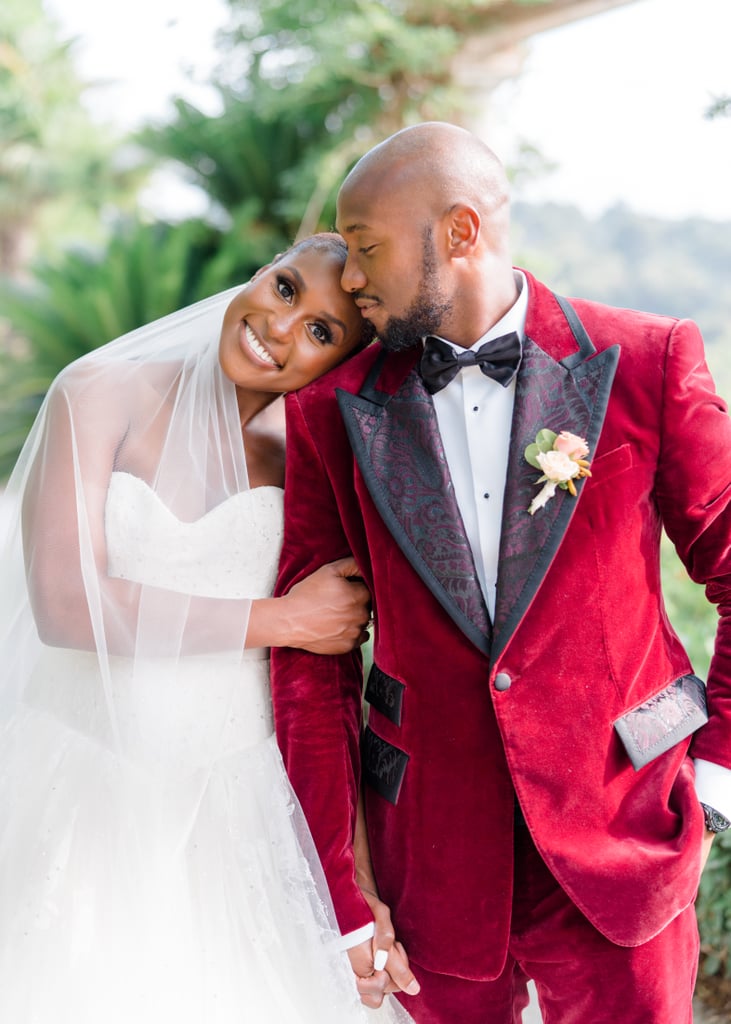 Issa Rae and Louis Diame are married, although we wouldn't blame you for being momentarily confused. On July 26, the Insecure star shared a series of wedding pictures to her Instagram alongside a hilarious caption. "A) Impromptu photo shoot in a custom @verawanggang dress. B) My girls came to help me, but they all coincidentally had on the same dress! They were sooooo embarrassed. C) Then I took a few flicks with Somebody's Husband," the 36-year-old wrote.

According to E! Online, the duo exchanged vows during an intimate ceremony in the South of France over the weekend. Issa wore a custom Vera Wang Haute dress while Louis wore custom Dolce & Gabanna. It's no surprise that details about the couple's nuptials are scarce, as Issa has been private about the pair's relationship. You can see more photos from their nuptials ahead.