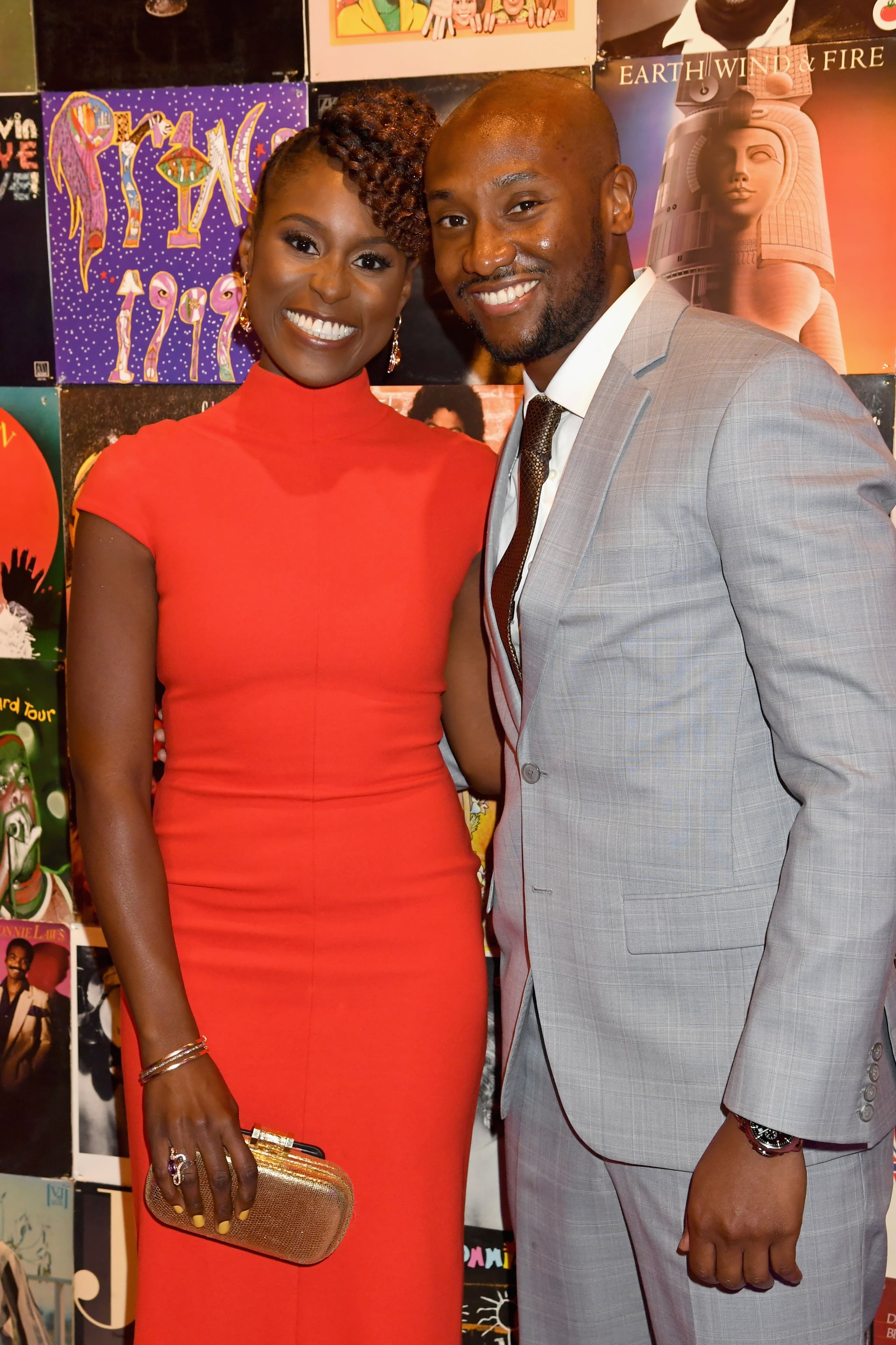 Insecure's Issa Rae doesn't like to talk about her romantic life. She has mentioned in interviews a few times that her private life is no one else's business, even telling The Hollywood Reporter in August 2020, "Whose business is it? I realized I just don't like to be the subject of conversations if it doesn't have to do with my work." So it makes sense that we know very little about her husband, Louis Diame. We first knew about the couple's engagement after a couple of her Insecure costars spilled the news back in March 2019. Issa, on the other hand, has chosen not to share more on the topic or more about Louis, outside of announcing their marriage via Instagram on July 26, but we've been able to glean a teeny-tiny bit of info on the man who stole her heart.

Related:
Issa Rae Announced Her Marriage to Louis Diame in the Most Issa Rae Way Possible

Louis Diame Is a Businessman

According to Marie Claire, Louis Diame is a Senegalese businessman. There is a private LinkedIn page listed in his name in Los Angeles, but all we can gather from it is that he might work in finance.

Louis Diame and Issa Rae Have Been Together For Years

A 2012 Washington Post story identifies Louis Diame as Issa Rae's boyfriend. At the time he was a 29-year-old student.

Louis Diame Appeared in an Episode of Awkward Black Girl

Louis Diame actually briefly appears in an episode of Awkward Black Girl. You can spot him in the restaurant in episode seven. It's the only appearance we know of in one of Issa's shows, but perhaps he'll pop up on Insecure at some point?

Louis Diame Proposed During the Holidays in 2018

Issa Rae's brother told Us Weekly in 2019 that Louis Diame popped the question over the holidays the prior year and kept it super low-key. "She's so low-key too — for real," Lamine Diop said. "I found out, like, a couple days later, so we're just gonna let her lead the way."

Celebrity Instagrams
Jenna Ushkowitz Is Going to Be a Mom: "Baby Girl Stanley Coming in June"
by Monica Sisavat 17 hours ago