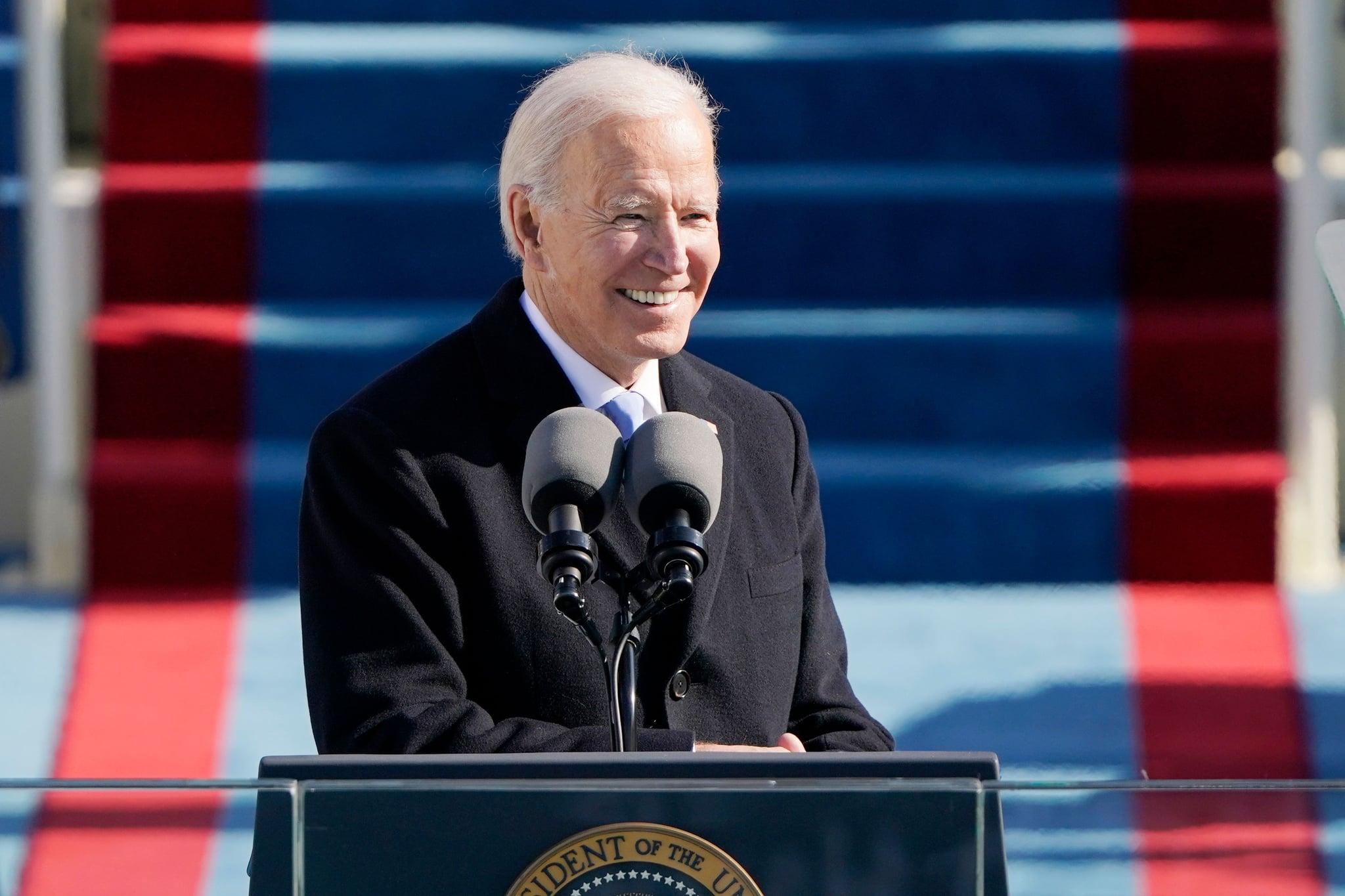 Inauguration Day 2021 provided unforgettable performances, monochromatic outfit inspo, and fodder for dozens of memes, and for some viewers, Jan. 20 was the first time they heard the 46th president of the United States' middle name. Joseph Robinette Biden Jr. shares both his first name and his middle name with his father, Joseph Robinette Biden Sr., who passed away in 2002 at the age of 86. Robinette was the maiden name of Joseph Biden Sr.'s mother, Mary Elizabeth (née Robinette) Biden, who died at 48 years old in 1943, when Joe Biden Jr. was less than a year old.

Related:
Natalie Biden Made Headlines at the Inauguration — Now Learn More About Her!

Joe Biden Jr.'s maternal grandmother was born in 1894 in Maryland, though she took the last name of her husband, Joseph Harry Biden, when they married. However, she kept the Robinette name alive by passing it on as a middle name to her oldest son when he was born in 1915, and 27 years later, Joe Biden Sr. passed the middle name along to his oldest son as well. It's unclear how Mary Elizabeth died, as Joe Biden Jr. has never spoken about her death in interviews, but he did once explain where "Robinette" comes from.

When asked about the unusual moniker, the POTUS explained that the name has origins in France. "It's my grandmother Biden's maiden name," he explained in a C-SPAN clip from the early 2000s, per New York Magazine. "It's French. And it goes back a long, long way. Allegedly the Robinettes came over with Lafayette and never went home. I don't know that. We can't guarantee that." Known simply as Lafayette in the US, Gilbert du Motier, Marquis de Lafayette, was a French aristocrat and military officer who fought in the American Revolutionary War, commanding American troops in several battles, including the Siege of Yorktown.

Joe Biden Jr. and his late father aren't the only ones who share the unique middle name. The POTUS's oldest son, Joseph "Beau" Biden III, was given the middle name Robinette as well. Sadly, Beau passed away in 2015 at the age of 46 due to brain cancer. The president's second son, Robert Hunter Biden, got his middle name from his late mother, Neilia (née Hunter) Biden, who tragically died in a car accident in 1972 along with her and Joe Biden's daughter, Naomi. Hunter named his son Beau (born in 2020) in honor of his brother and his oldest daughter, Naomi (born in 1993), in honor of his sister.

There may be a lot of tragedy in the Biden family, but they continually honor the legacy of those they lost by keeping their names alive.