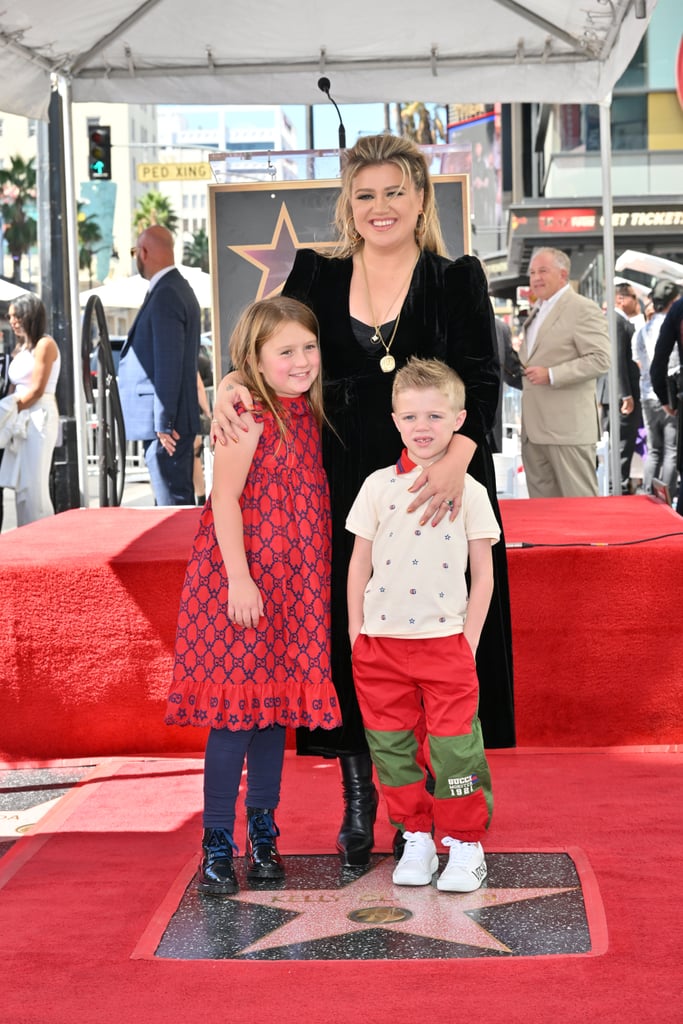 Kelly Clarkson was joined by her two kids, River, 8, and Remington Blackstock, 6, at her Hollywood Walk of Fame ceremony on Monday, Sept. 19. The 40-year-old three-time Grammy winner was honored with the 2,733rd star for her recording accomplishments.

In addition to Clarkson's kids being in attendance, the event also reunited her with "American Idol" judges Randy Jackson, Paula Abdul, and Simon Cowell, who was one of the guest speakers, along with producer Jason Halbert. "We were just talking about the moment when you sang 'Respect,' and we all looked at each other, and it was like, 'Oh. My. God. Thank you.' And then, I went up to you, afterwards, because obviously, I was thinking, 'I think you're gonna win this show,' and I said, 'I just wanna say, that was amazing, Kelly, and I'm here,' and you turned around to me and said, 'Simon, without being rude, I would rather we didn't talk until the end of the series,' and I'm like, 'Wow, what does that mean?' It means, stay away from me, I know what I'm doing,'" Cowell recalled in his speech. "I always say if someone knows their lane, you're gonna be a star, if you got the talent. And Kelly has always known her lane."

When it was Clarkson's turn to speak, she made sure to thank the judges for their support and reflected on her career over the past 20 years. "From the beginning, with 'Idol,' all three of you were very honest with me . . . I just wanted to say thank you . . . I think it's important to have not just 'yes' people, but people that actually love you, and care about you and give their honest advice, and I've always welcomed that," Clarkson said. "And I think that is why I'm here today. Not just because of myself, but because of having constantly teams of people that love you and support you, and really want to make your dreams come true while making their dreams come true."

See photos from Clarkson's Hollywood Walk of Fame ceremony ahead.

Related:
Kelly Clarkson Felt Pressured to Be Sexual as a Rising Pop Star: "I Had to Fight Like Hell"
Previous Next Start Slideshow
Kelly ClarksonCelebrity FamiliesCelebrity Kids