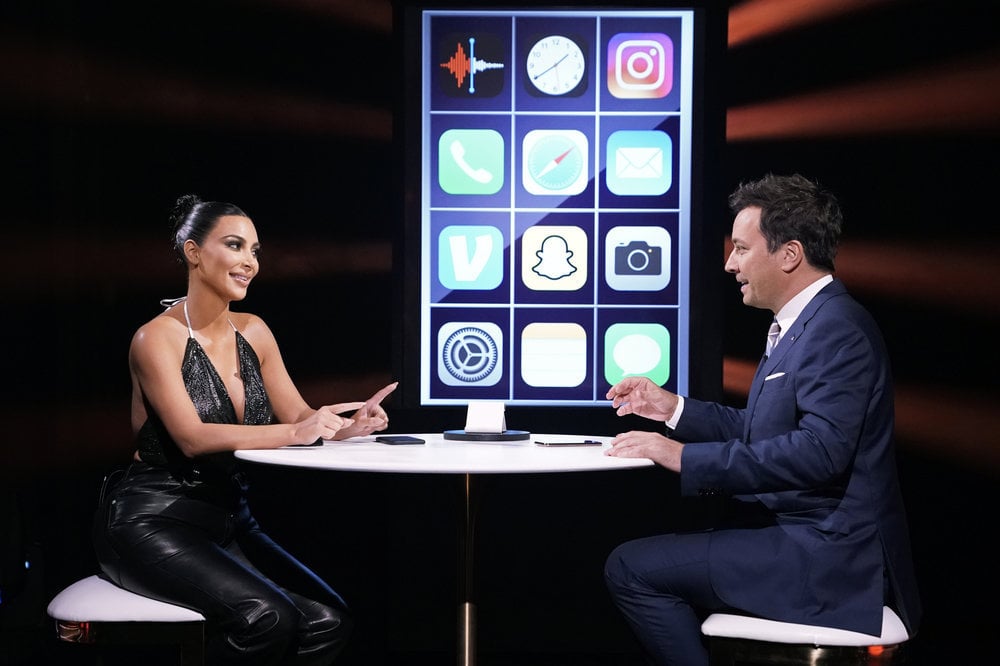 Kim Kardashian put her technological life on the line while visiting The Tonight Show Starring Jimmy Fallon on Wednesday. During a fun round of "Show Me Your Phone" — a game in which Kim and Jimmy had to reveal something from their phone — the 38-year-old mogul gave viewers an unfiltered (and hilarious) look into her world.

While Jimmy was forced to share one of his random voice memos, Kim had to reveal the last text she received from husband Kanye West, as well as her last search on Google. The former was a really sweet moment as Kanye messaged her a photo referencing their potential move to Wyoming, but the latter? Well, let's just say Kim's last Google search will have you flushed with laughter. "This is such a legit question," she said after showing the audience her query. Watch Kim play the game ahead, then check out more clips from her appearance as she discusses becoming a lawyer, launching a shapewear collection, and forming a close bond with model Winnie Harlow.

Celebrity Instagrams
Ashley Tisdale's Daughter, Jupiter, Is the Special Guest at Her Reunion With Austin Butler
by Naledi Ushe 17 hours ago

Nina Dobrev
Nina Dobrev, Abigail Cowen, and Eric Dane on Why It's So Fun to Be Bad
by Leo Margul 1 day ago