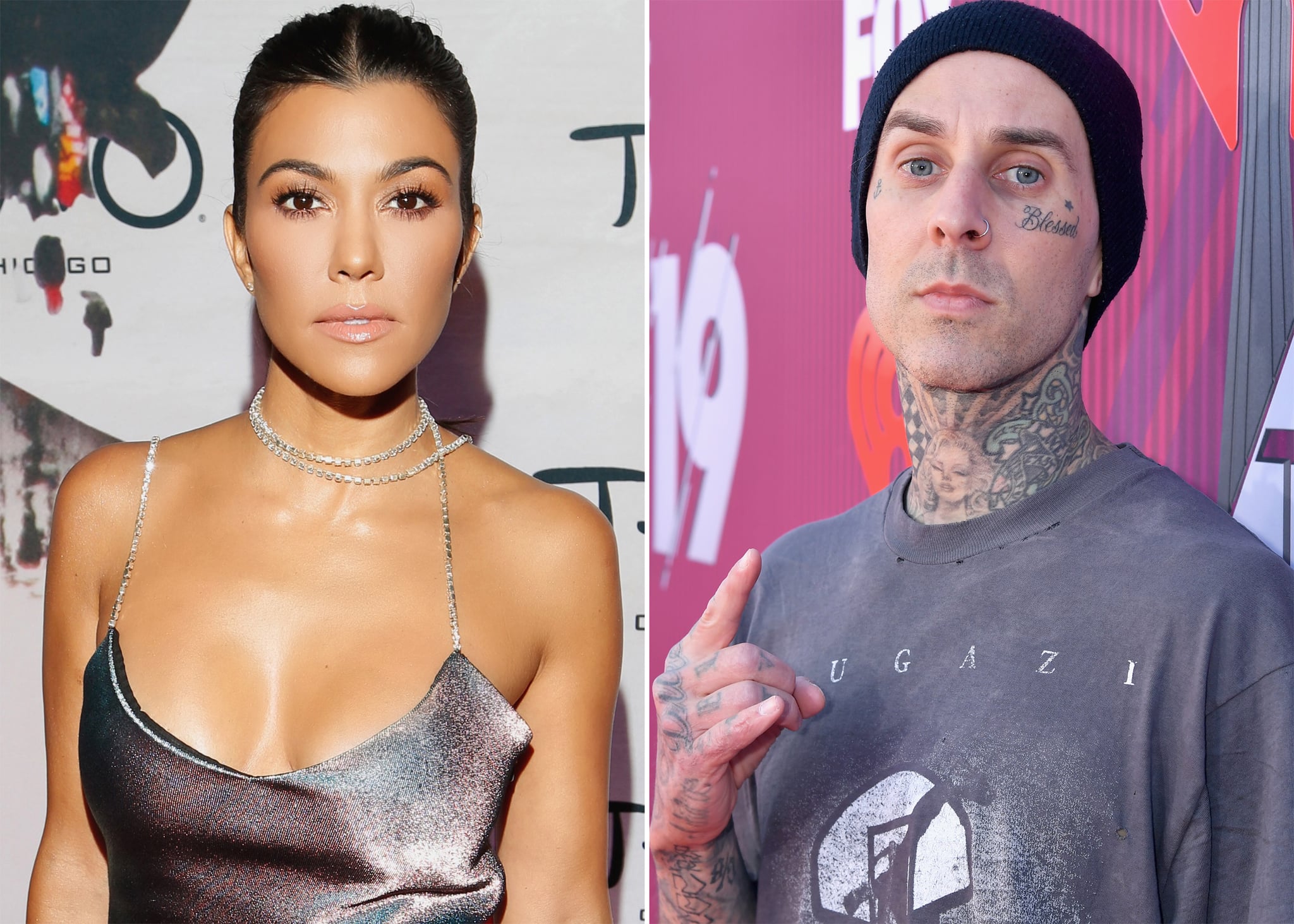 According to People, Kourtney Kardashian and Blink-182 drummer Travis Barker are reportedly dating. Over the weekend, suspicions of their romantic relationship came to light after the duo posted similar images of Kris Jenner's Palm Springs backyard on their Instagram Stories. "They're in Palm Springs together. They've been dating for about a month or two," a source told People. "They've been friends for a long time, but it's turned romantic." Another source added, "Travis has liked her for a while." But their similar posts on Instagram aren't the only thing that have fans buzzing. Recently, Travis has had a larger presence in the comments section of Kourtney's Instagram, leaving seemingly flirtatious emojis and comments.

This isn't the first time the couple has caused speculation about the nature of their relationship. Back in March 2019, Travis shut down romance rumors at the iHeartRadio Music Awards. "Kourtney's like a dear friend. That's it," he told People at the time. "I mean, I love her to death. I love her family to death. But yeah, just friends." The pair have been friends for years and even live in the same gated community in Calabasas.

Kourtney was previously romantically linked to model Younes Bendjima. She and Scott Disick, who broke up in July 2015, coparent their three kids: sons Mason, 11, and Reign, 6, as well as 8-year-old daughter Penelope. Travis shares stepdaughter Atiana, 21, daughter Alabama, 15, and son Landon, 17, with ex-wife Shanna Moakler, whom he was married to from 2004 to 2008.

Celebrity Couples
No, Jodie Foster Did Not Set Up Shailene Woodley and Aaron Rodgers
by Grayson Gilcrease 23 hours ago
Emma Stone
Emma Stone and Dave McCary Were Spotted in LA as They Gear Up For Parenthood
by Karenna Meredith 3 days ago