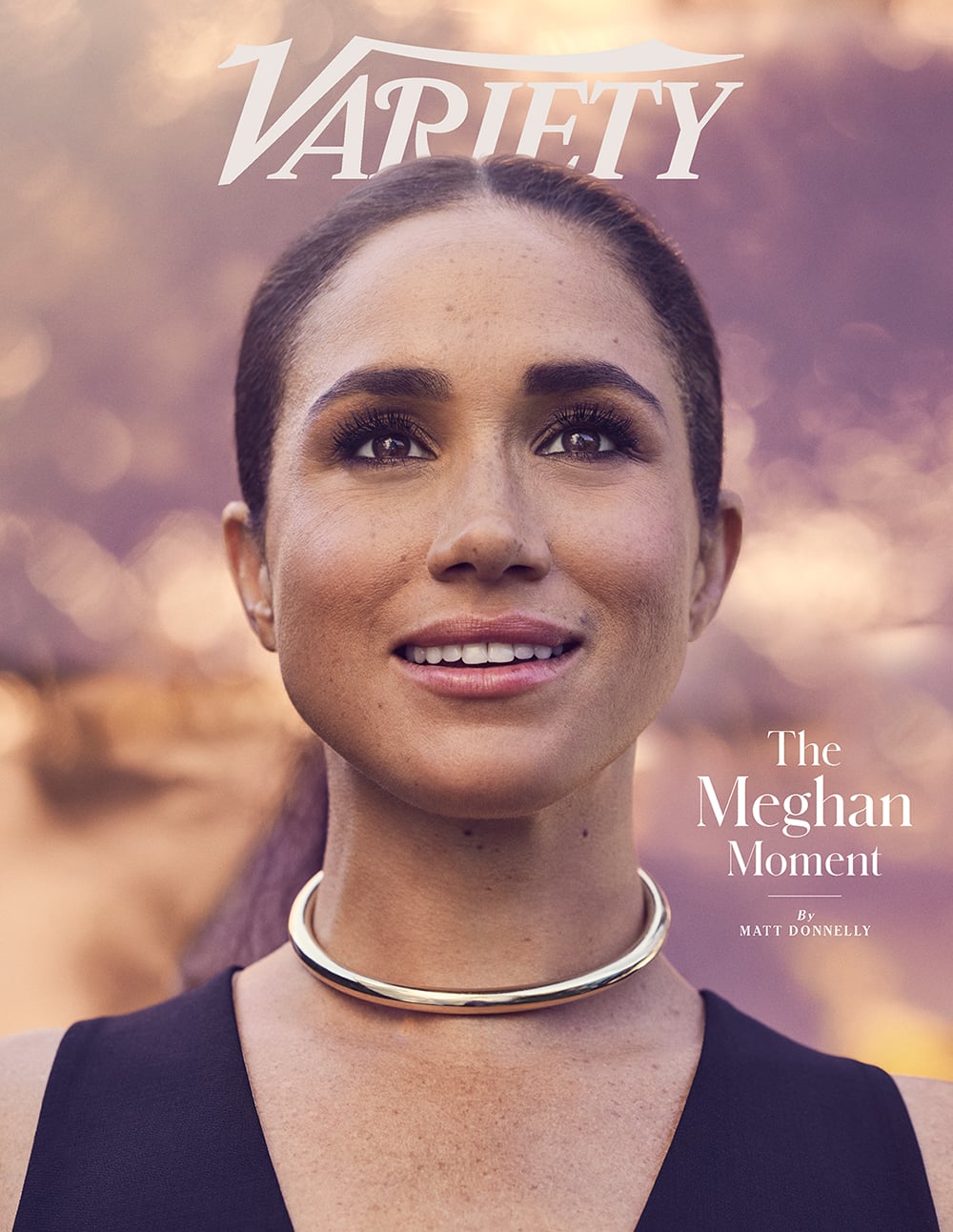 Meghan Markle is reflecting on her relationship with Queen Elizabeth II following the late monarch's death. When Markle sat down with Variety, she initially expressed concerns that commenting on the queen's death would be "a distraction" to continued mourning. Despite those concerns, she agreed to the interview to remember the queen's legacy and discuss her family's plans for a future without her.

"What's so beautiful is to look at the legacy that [Harry's] grandmother was able to leave on so many fronts."

"There's been such an outpouring of love and support," Markle said about the past month. "I'm really grateful that I was able to be with my husband to support him, especially during that time. What's so beautiful is to look at the legacy that his grandmother was able to leave on so many fronts."

The former actor will always looks up to the queen as a leader. "Certainly, in terms of female leadership, she is the most shining example of what that looks like," Markle said. "I feel deep gratitude to have been able to spend time with her and get to know her."

While Markle acknowledged that "it's been a complicated time," seemingly in reference to the press frenzy and speculation that surrounded her and Harry's involvement in the queen's funeral, Markle said she and Harry were able to stay positive. " . . . [M]y husband, ever the optimist, said, 'Now she's reunited with her husband.'"

For the Duchess of Sussex, gratitude seems to be the overarching theme as she reflects on her time with the late queen. "I've reflected on that first official engagement that I had with her, how special that felt. I feel fortunate. And I continue to be proud to have had a nice warmth with the matriarch of the family," Markle said.

As far as how the loss has impacted her family, Markle says mourning has motivated them to hone in on what matters most. "Right now, we feel energized and excited about all of the things we've been building toward. We're also focused on our foundation. So much of the work we do includes the philanthropic space."