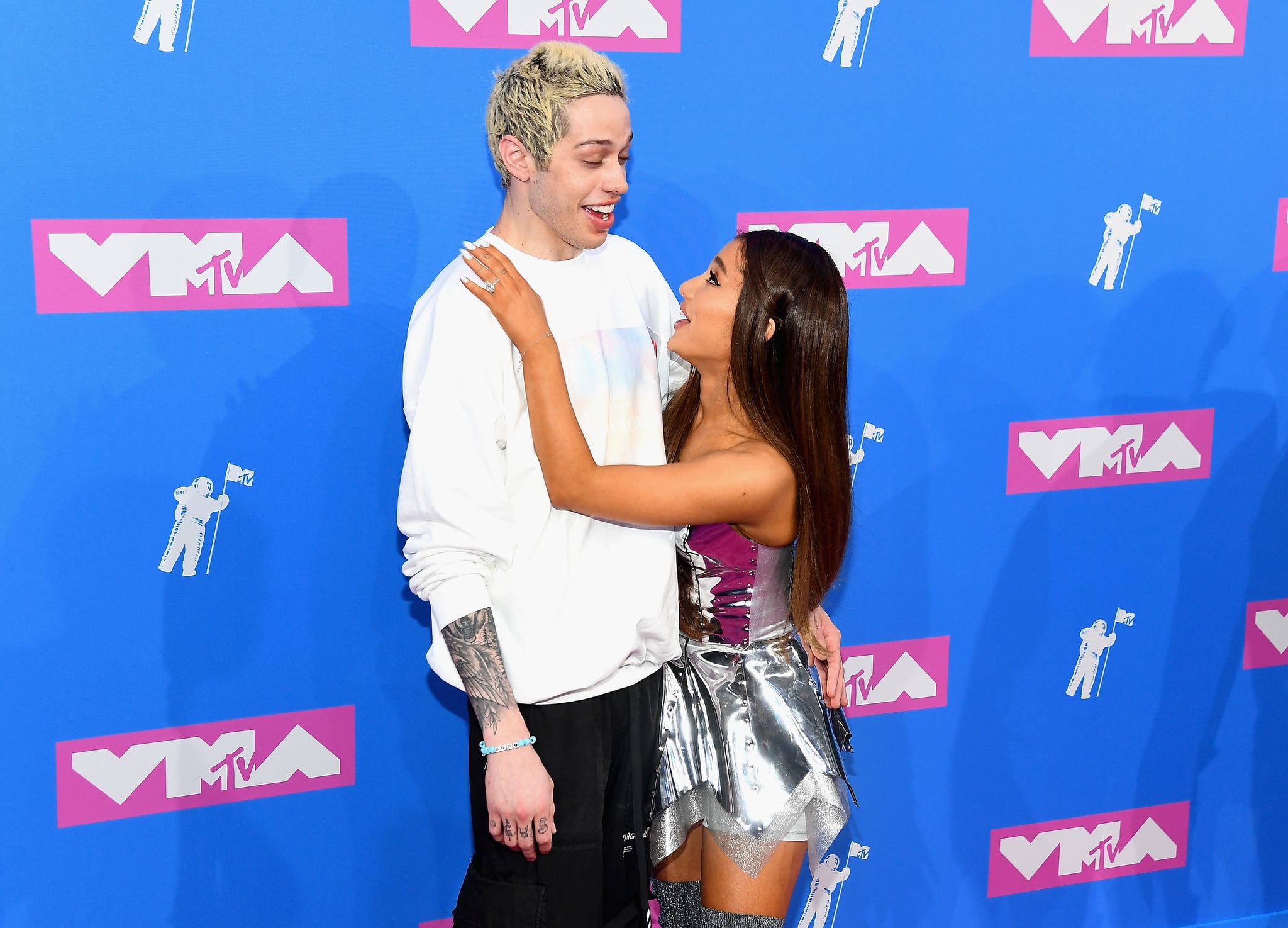 In his new Netflix special, Pete Davidson: Alive From New York, Pete Davidson makes light of a lot of the drama that got his name in the news over the past two years — and that means plenty of jokes about Ariana Grande. Curious to hear what he has to say about his famous ex? It's not kind, and it's pretty graphic, so read on at your own risk.

Davidson acknowledges that he's using his comedy to talk about their breakup and compares it to Grande's music, which she has openly admitted is sometimes about her own life. "She has her songs and stuff and this is what I have," he said. "You're like, 'Pete, this isn't fair. You're airing out dirty laundry. How could you do that? Where did she say this stuff? To her friends in the confidence of her own home?' No, she said it on the cover of Vogue magazine."

"Can you imagine if I did that? My career would be over tomorrow if I spray painted myself brown and hopped on the cover of Vogue magazine and just started sh*tting on my ex. Can you imagine if I did that sh*t? Like, 'Yeah, I was just f*cking her because I was bored and then Fortnite came out.'" Davidson's comments are a reference to Grande's 2019 Vogue cover story, in which she described her romance with him as "an amazing distraction" following her breakup with Mac Miller (and Miller's eventual death a few months later).

"My friends were like, 'Come! We're gonna have a fun Summer.' And then I met Pete, and it was an amazing distraction. It was frivolous and fun and insane and highly unrealistic, and I loved him, and I didn't know him," she told Vogue at the time.

Davidson brings up Grande again when he makes some comments about her infamous 2018 tongue-in-cheek (now deleted) tweet that jokingly "revealed" the size of a certain body part of his. "I don't like that she talked all the sh*t on behalf of my d*ck. Like, I thought that was really weird . . . It's just simply not true. She has little tiny little hands. She has just very little hands. Everything's f*cking huge to her. She did that so that every girl that sees my d*ck for the rest of my life is disappointed. I didn't even get to enjoy my 'big d*ck summer' or whatever the f*ck it was called."