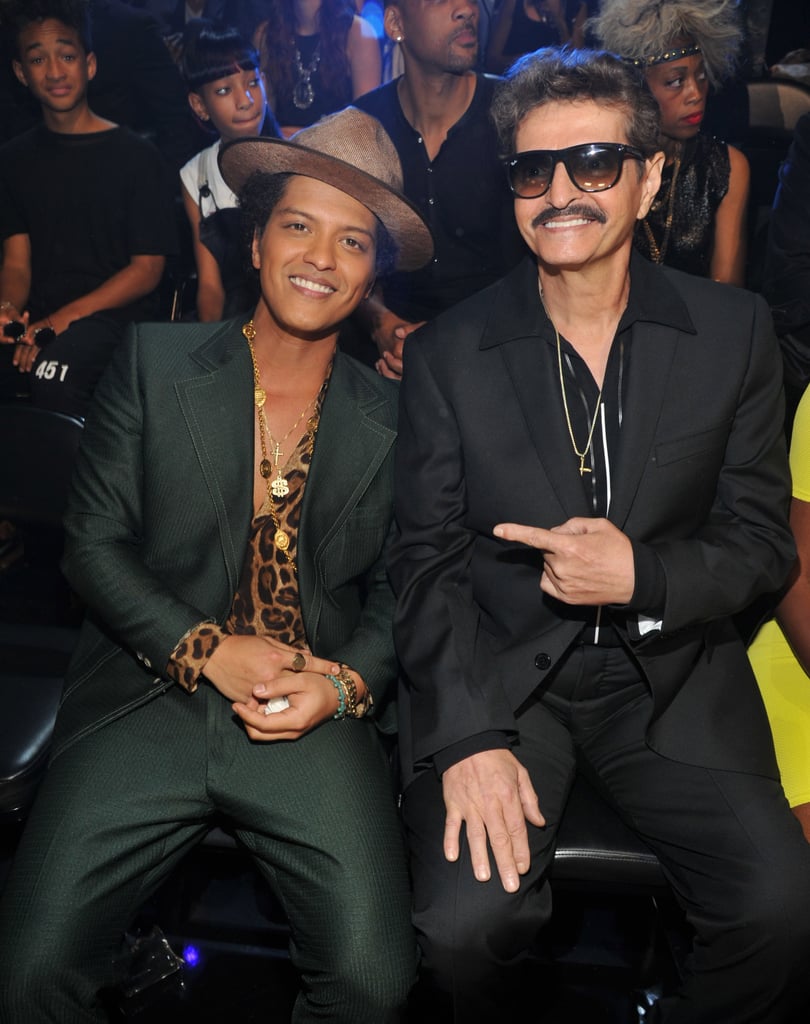 He comes from a musically gifted family.

Like Michael, Bruno comes from a big family (he's one of six children!), and they're all talented entertainers. While growing up in Honolulu, HI, the family formed a band, The Love Notes, which Bruno began performing in five days a week at Waikiki Beach when he was just 4-years-old. His father, Pete (pictured above), was a drummer, and his mother, Bernadette, was a dancer and singer. Although the family never achieved the success of the Jackson 5, it obviously fostered an early love of music in Bruno.