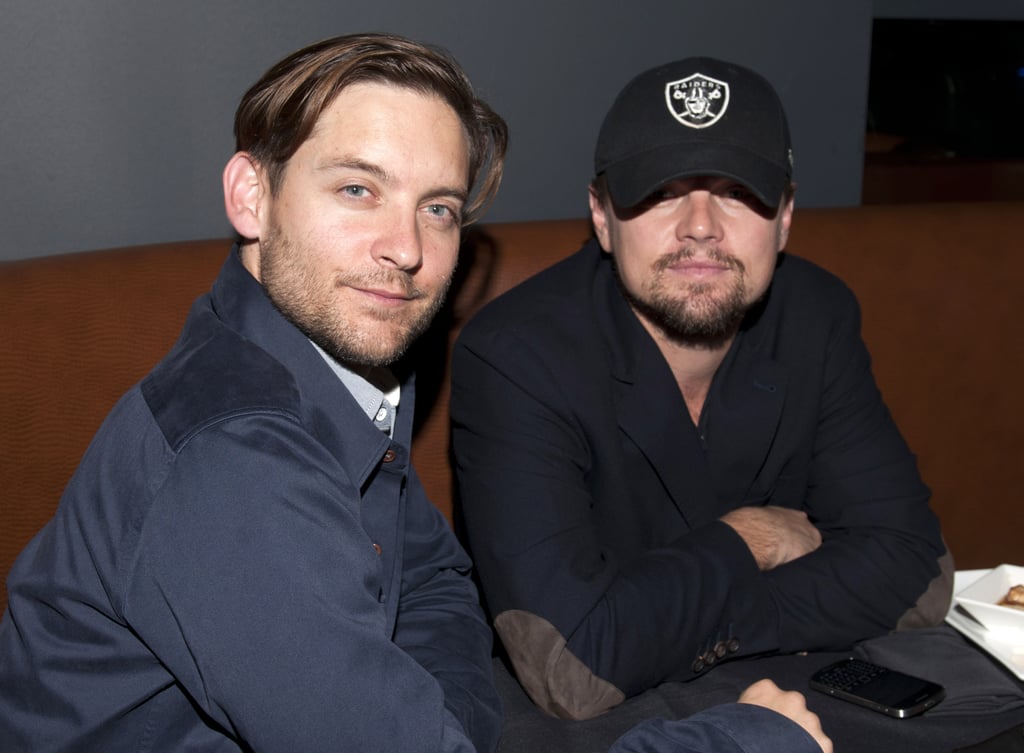 Leo and Toby have been friends since they were 12 years old, both being raised in LA by single mothers and trying to break onto the child actor scene. Leo recalled becoming pals with Tobey after seeing him filming a TV episode on the street, telling Esquire, "I literally jumped out of the car. I was like, 'Tobey! Tobey! Hey! Hey!' And he was like, 'Oh, yeah — I know you. You're . . . that guy.' But I just made him my pal. When I want someone to be my friend, I just make them my friend."

Though Leo beat out Tobey for the lead role in 1993's This Boy's Life, Tobey got a part as one of his friends in the film. They went on to star together again in the ill-fated, low-budget Don's Plum in 2001 and The Great Gatsby 2013. Leo was named as the godfather to Tobey's daughter, Ruby, in 2006, and was on hand for his surprise wedding to jewelry designer Jennifer Meyer the following year. The pair have reportedly been partying like it's 1999 since Tobey and Jennifer's split in 2016.