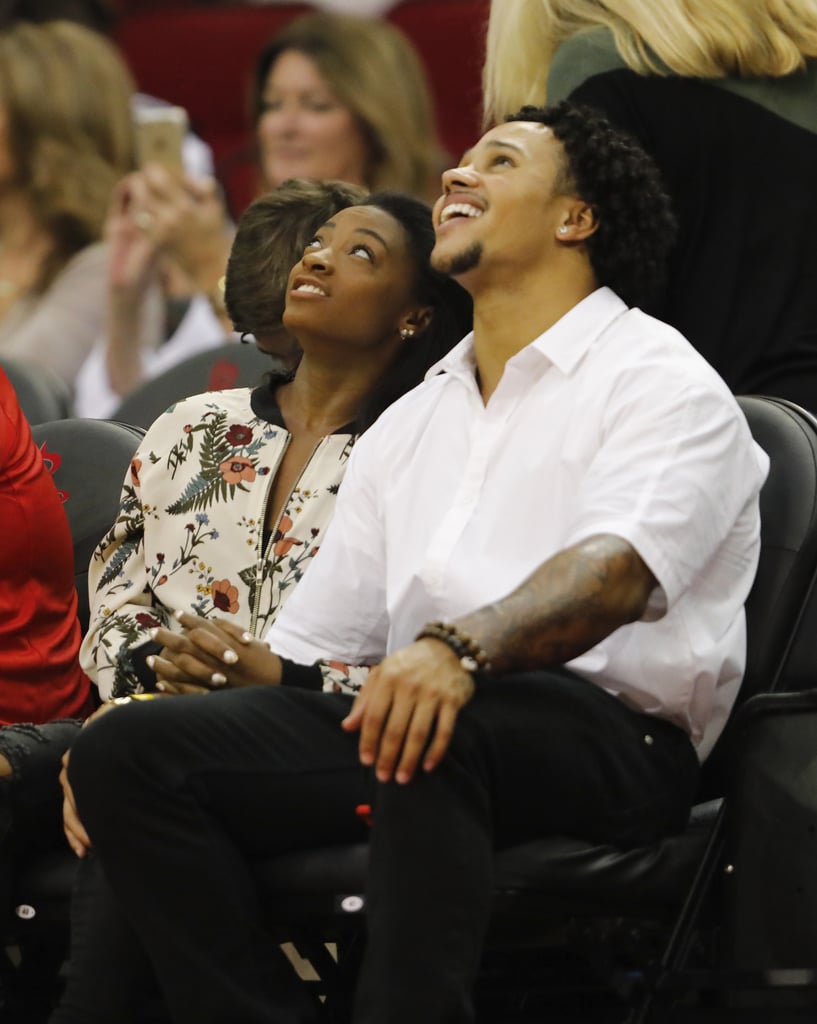 Though Simone first met fellow gymnast Stacey Ervin Jr. back in August 2014 during the P&G Gymnastics Championships, the two didn't become an item until nearly three years later. While Simone was participating on Dancing With the Stars, Simone's adopted mother and biological grandmother, Nellie Biles, hired Stacey to be a coach at her gym, and when Simone returned home from her DWTS stint, she and Stacey quickly reconnected. By August 2017, the pair were Instagram official, and in September, Simone opened up about the relationship during an interview with People, revealing their first date had been at a sushi restaurant.

The couple went on to date for nearly three years before going their separate ways in March 2020. Simone later confirmed the split during her cover story for the August 2020 issue of Vogue. "It's hard being young and having that long of a relationship and then ending it," she said of the breakup. "But it was for the best." Luckily, it wasn't long before Simone moved on to someone new.

Late Night With Seth Meyers
Christopher Meloni Reveals He Went Clubbing With His Family: "My Daughter Was the Instigator"
by Sabienna Bowman 18 hours ago