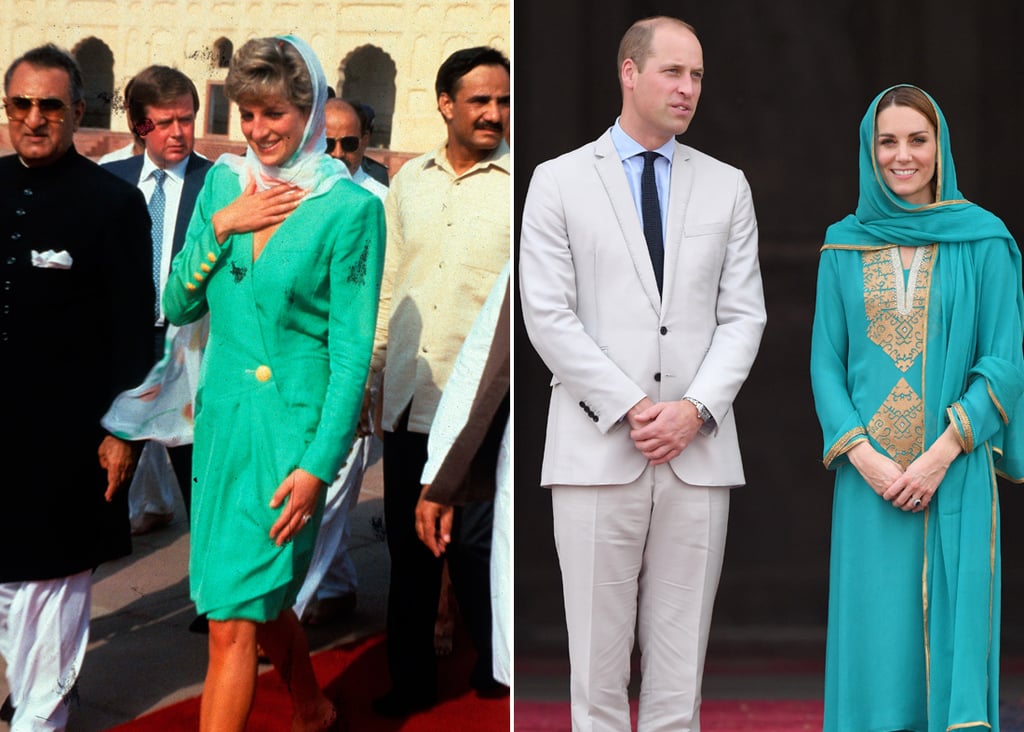 Prince William and Kate Middleton are carrying on Princess Diana's legacy with their recent tour of Pakistan. The couple kicked off their royal tour on Monday and have been following in the late royal's footsteps ever since. In addition to visiting several landmarks that Diana visited during her trips to the country in 1991 and 1996, they also met with Prime Minister Imran Khan, who was an old friend of William's mother.

Not to mention, Kate has been paying tribute to Diana with her tour wardrobe. During the couple's first night in Pakistan, Kate wore a light blue Catherine Walker dress similar to the one Diana wore in 1996. Keep reading to see how their trips compare ahead.