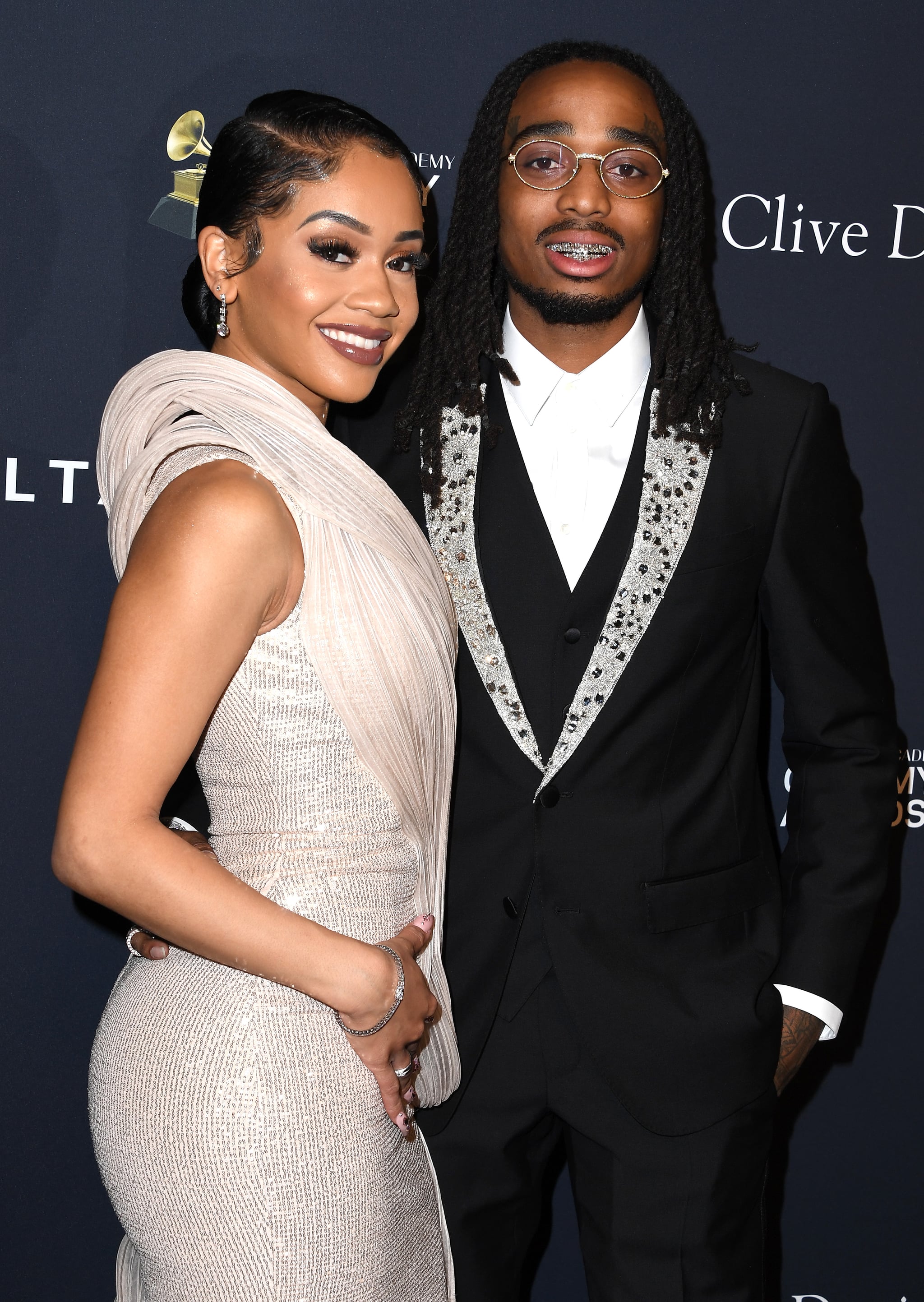 Some display affection by showering their partner in expensive gifts and compliments. Quavo does so for Saweetie — he recently surprised her with a snazzy new Bentley for Christmas, after all — but it sounds like he also employs a highly relatable, slightly more understated tactic to let his girlfriend of over two years know that he really cares. During a recent interview with Page Six, Saweetie revealed how Quavo exhibits his true feelings for her, and it all boils down to sharing food.

"The moment I realized that Quavo really loved me is when he saved me some of his food," she told the online publication. "He gave me his last piece of chicken. I wasn't testing him or anything. I'll be coming out of a Zoom meeting or done doing something and he would have saved me some of his food." The "Back to the Streets" rapper added, "Those are the things that really matter: the things that have no price on them. The Bentley is cool, but I'm really into intimacy and how you treat me with my emotional feels."

Related:
With Grown-ish and New Music, Saweetie Is Already Confident That 2021 Is Her Year

Tack this onto her previous viral comments urging fans, "If he not getting you a Birkin, if he not paying for your bills, then throw that n***a back to the streets," and we suppose it's all about balance! And to think it all started with a single snowflake emoji sent via Instagram DM.