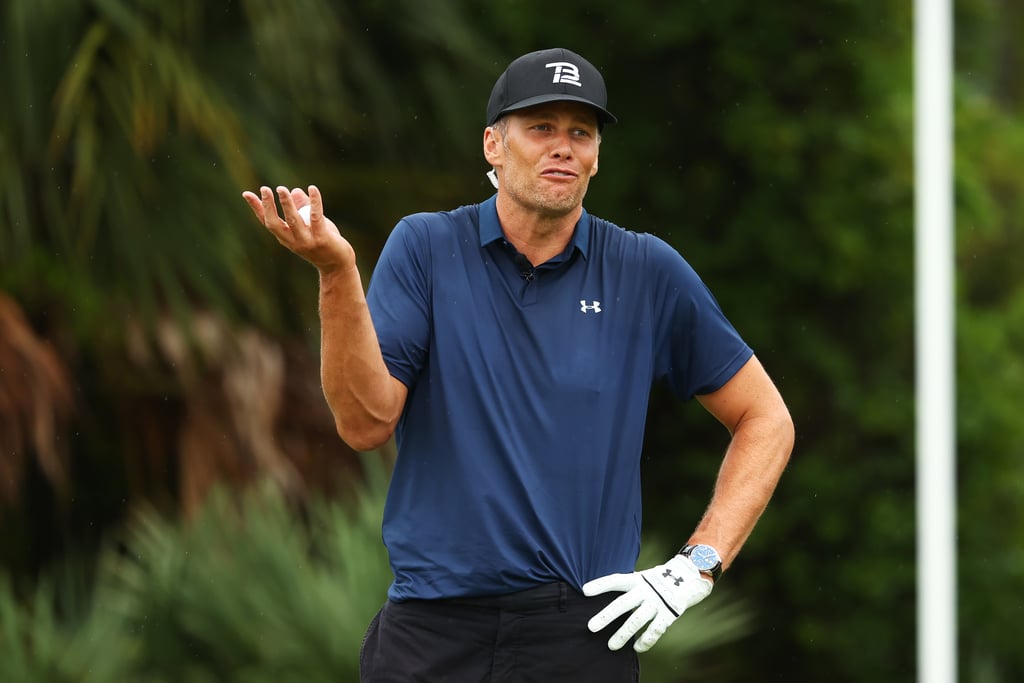 The year is 2020, and we just learned that Tom Brady is human after all. Over Memorial Day weekend, the six-time Super Bowl champion teamed up with Phil Mickelson for a charity golf tournament against Tiger Woods and fellow football legend Peyton Manning, where they raised $20 million for COVID-19 relief efforts. The multifaceted superstar pairings didn't hold back on the trash talk amid the rainy weather in Florida, however, one moment from "The Match" had the internet in awe, and it all started with some heckling at Tom.

After not playing his best round of golf and accepting that he's truly a football star, the quarterback had an insane shot on the seventh hole that miraculously went in. Tom was just as shocked as the millions of viewers, and when he bent down to claim his ball from the hole, his pants split right down the middle. Now maybe Tom's been working on his squats while at home or he sized down at the pro shop, but he took the fashion mishap in stride and joked about it later on social media. "Pants wanted in on social distancing I guess... ," he tweeted.

I can relate to Tom's, uh, situation after taking up baking and exploring some mouthwatering banana bread recipes, however, I most definitely cannot relate to the sheer athleticism of nailing that mind-blowing shot. Check out the video of Tom's epic golf moment ahead, and see how he handled it with a big smile.