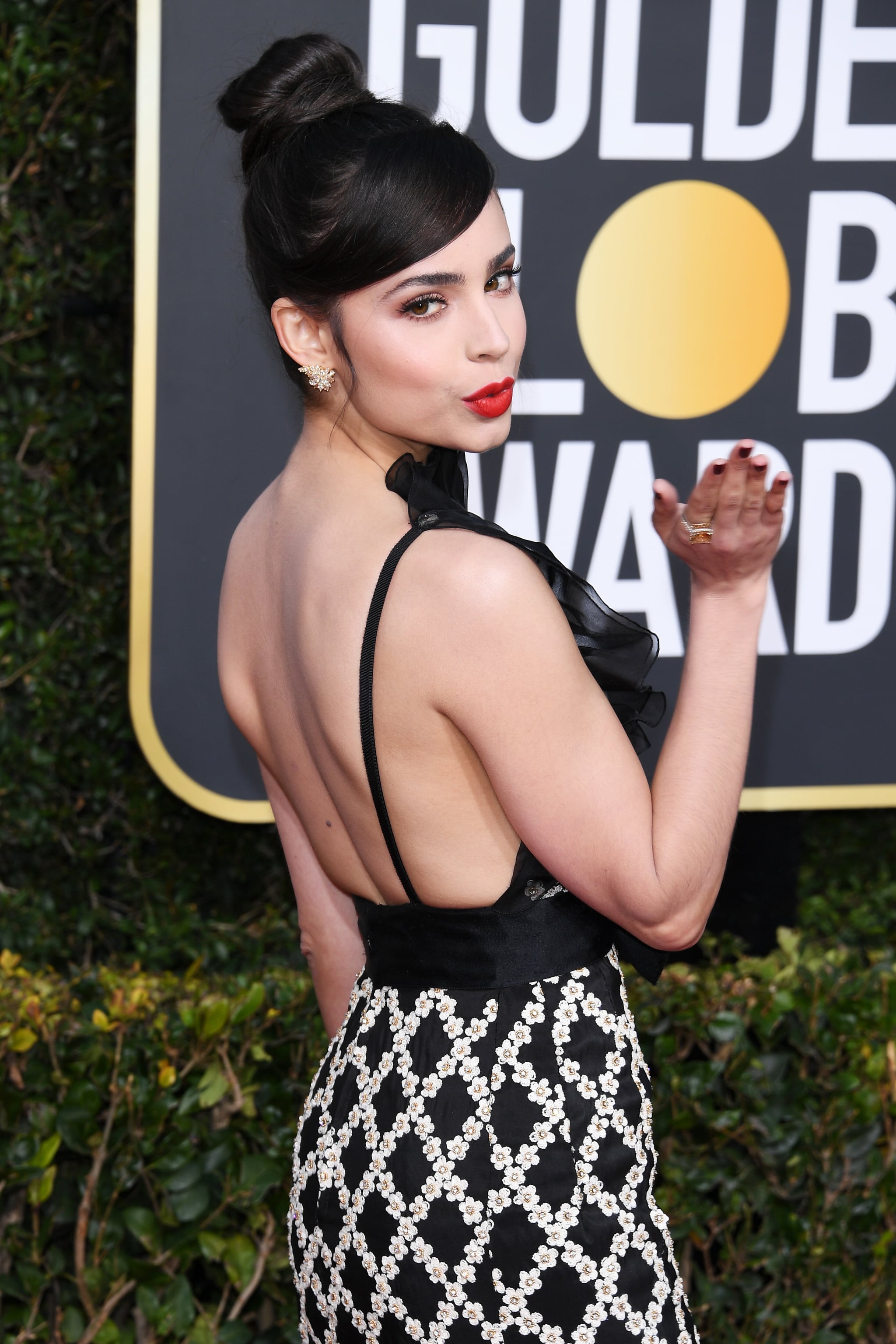 If you haven't listened to it yet, Sofia Carson and R3hab's single "I Luv U" is truly a bop — and it's also a truly heartbreaking love ballad. However, if you're wondering whether the song was inspired by anyone in particular, we're afraid we don't have an answer. The 26-year-old Descendants and The Perfectionists star is pretty tight-lipped about her personal life, but at the moment, it seems as though Sofia is living the single life. In May 2019, she told Cosmopolitan that, for now, she wants to prioritize her career over dating. "I've never tried dating apps," Sofia said, later adding, "I'm dating my career."

Related:
When It Comes to Serving Looks, Sofia Carson Is a True Queen

Sofia mentioned to the magazine that — if she were to date anyone — she wouldn't want them to be a fellow actor or musician. "I made a decision about two years ago that I don't want to date anyone in the business," she explained. "So as you can imagine, that makes it a little bit difficult." That's probably also how Sofia manages to keep her love life on the down-low. During a December 2017 interview with Coveteur, the actress alluded to having her "heart broken" in the past, so it seems as though she has been in at least one serious relationship before, even though she didn't provide any more details than that.

She's never had any public relationships, but Sofia was once rumored to be dating Modern Family star Sofia Vergara's son, Manolo Gonzalez Vergara. Back in December 2016, Sofia made fans suspicious when she posted a cute pic with the model on Instagram, and a little over a year later, Manolo posted an Insta video showing him doing squats while holding Sofia in his arms. Neither have confirmed nor denied any dating rumors, so it's very possible the two are nothing more than friends. And while it appears that her relationship status is single, we have a feeling that — even if Sofia was seeing someone — we still wouldn't know it.