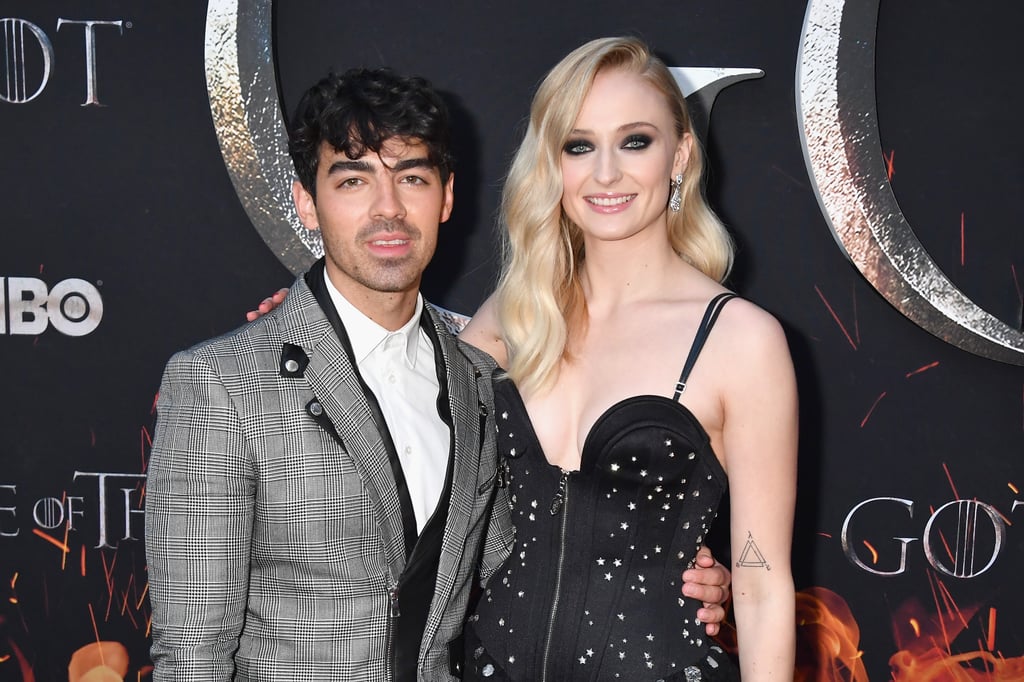 Sophie Turner was the picture of elegance when she attended the 2019 Emmy Awards in LA on Sunday night. The 23-year-old actress hit the red carpet solo in a satin Louis Vuitton dress, and the question everyone seemed to be asking themselves was, "Where is Joe Jonas?" Well, there's a simple reason why Sophie's husband wasn't in attendance: he's currently on tour with the Jonas Brothers and had a show on the same day in Kansas City, MO.

Even though Joe wasn't physically there to support his wife, he did make sure to wish her luck via Instagram. Along with a cute photo of Sophie, Joe wrote on his Instagram stories, "I am so proud of you. You are nominated for an Emmy! You are incredible. I love you." Sophie was also in good company with her Game of Thrones costars, including Kit Harington and BFF Maisie Williams.

Sophie was nominated for outstanding supporting actress in a drama series for her role as Sansa Stark on Game of Thrones (she lost to Ozark's Julia Garner), and her HBO series took home a trophy for outstanding drama series. See more of Sophie's night ahead!