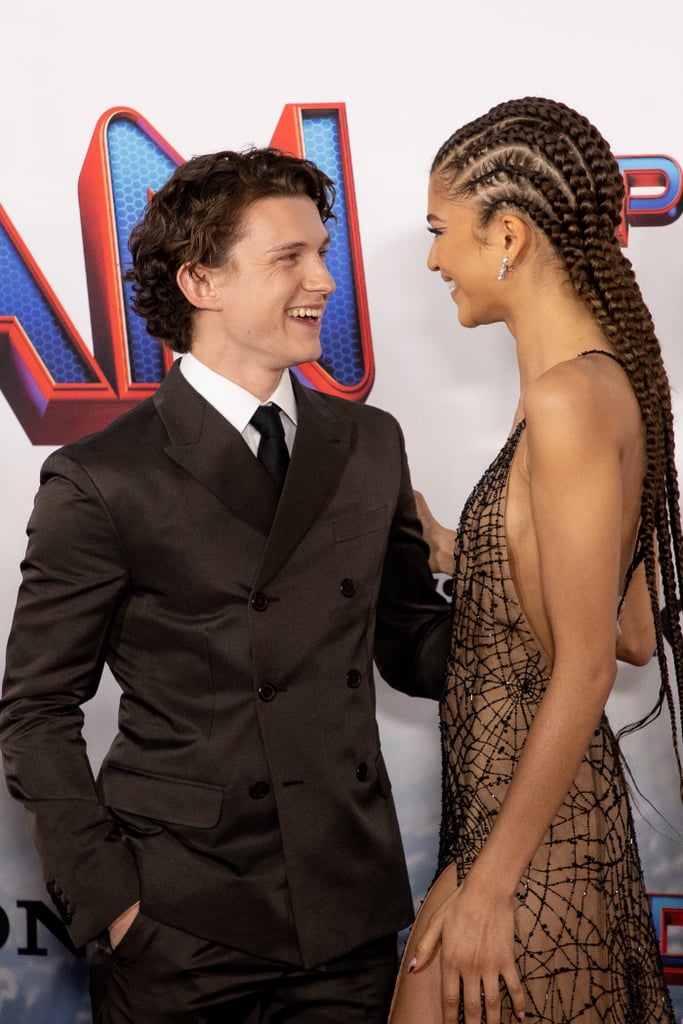 All of Zendaya and Tom Holland's Sweet Moments on the Spider-Man: No Way Home Press Tour

If you've been following along with the Spider-Man: No Way Home press tour, then you know Zendaya and Tom Holland are the best part about it. For the past few weeks, the two costars have been doing all sorts of interviews and red carpets leading up to the highly anticipated Spider-Man sequel film. Some of the best glimpses we've gotten of the couple's relationship have either been their sweet PDA or adorable friendship moments.

After their dating rumors started back up in July, the two finally made their real-life romance red carpet official at the Ballon d'Or ceremony in Paris on Nov. 29. Not to mention, we saw them flirting and holding hands at the Spider-Man: No Way Home London photocall on Dec. 5, as well as the movie's Los Angeles premiere on Dec. 13. And, if that's not enough, the two have turned the film's press tour into their own personal comedy show with funny appearances on SiriusXM, The Graham Norton Show, and Jimmy Kimmel Live!, just to name a few.

We can't get enough of these two together, and we're honestly kind of sad promo for their movie is coming to an end. Ahead, check out all of Zendaya and Tom's most charming moments from the Spider-Man: No Way Home press tour.

Related:
Everything Zendaya and Tom Holland Have Said About Each Other, From Friends to Lovers
Previous Next Start Slideshow
ZendayaTom HollandCelebrity CouplesRed CarpetSpider-ManSpider-Man: No Way HomeCelebrity Friendships