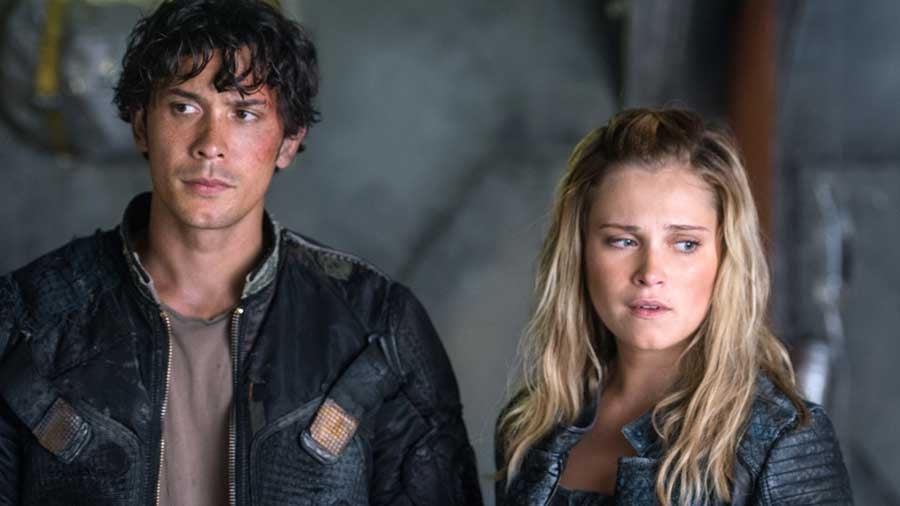 When we last left the The 100, "praimfaya," a highly radioactive fire spreading rapidly across the globe after the last nuclear reactors melt down, is threatening all of Earth's inhabitants. A bunker is protecting roughly 1,200 people, a mix of people from the Ark and Grounders, while the core group of Bellamy, Murphy, Emori, Monty, Harper, Echo, and Raven blast off into space to wait it out on the still-orbiting remains of the Ark. And poor Clarke, who nearly dies making it possible for her friends to escape in the shuttle, is left on the ground, presumably to die.

But her nightblood saves her, as a time jump reveals that Clarke has been living on Earth with a young nightblood girl, Madi, for the past six years. She has constantly been trying to contact the Ark, and just when she thinks they've returned to Earth, it turns out to be a prison ship . . . and it doesn't seem particularly friendly.

Related:
4 Major Things to Remember Before The 100's Season 4 Premiere

So, when the show picks up, what can we expect from season five?

At the 2017 San Diego Comic-Con, creator Jason Rothenberg revealed that the prison ship is from Earth, carrying prisoners from before the apocalypse 100 years ago.

"They're from our time, so they're from before the first apocalypse," he said. "That means it's probably cryo. They were in hypersleep. They've come back to this planet that they don't recognize and has been destroyed, and all that's left is this garden of Eden that Clarke's been living in, and there's not enough room for everyone."

That's obviously going to present a problem. But another problem is going to be digging the people in the bunker out from beneath the rubble. They are still alive, though. Marie Avgeropoulos revealed at SDCC that Octavia will be working hard to keep the peace among the bunker inhabitants in season five. 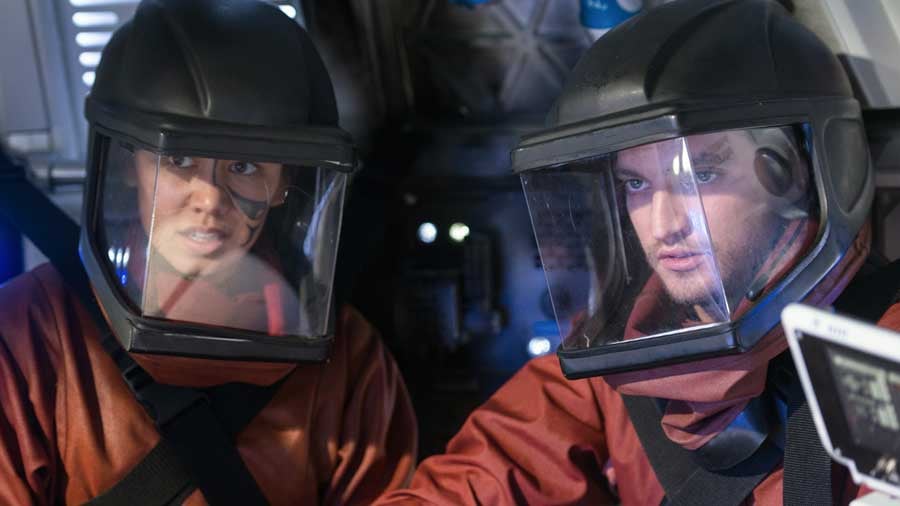 As for the space travelers, while we don't know exactly what shape they're going to return to Earth in, Rothenberg did tease some relationship shake-ups.

"People break up, people get back together, people fool around. They do have six years of time to kill, and there's not a lot to do," said the EP.

The creators have also revealed some specifics about the new threats our protagonists will be facing. There's a serial killer named Vinson, a cocky space pirate named Zeke, a new Big Bad named Robert McCreary, a former crime syndicate enforcer who has been a prisoner on the ship, and Banshee alum Ivana Milicevic as a military strategist named Charmaine. Side note: Banshee is an under-the-radar gem that aired on Cinemax from 2013 to 2016, so if you have some time to kill before The 100 returns on April 24, check it out.

The official trailer for season five of The 100 hasn't been released yet — CW President Mark Pedowitz told the 2018 TCA Winter press tour that it will be released in March — but there is a teaser!