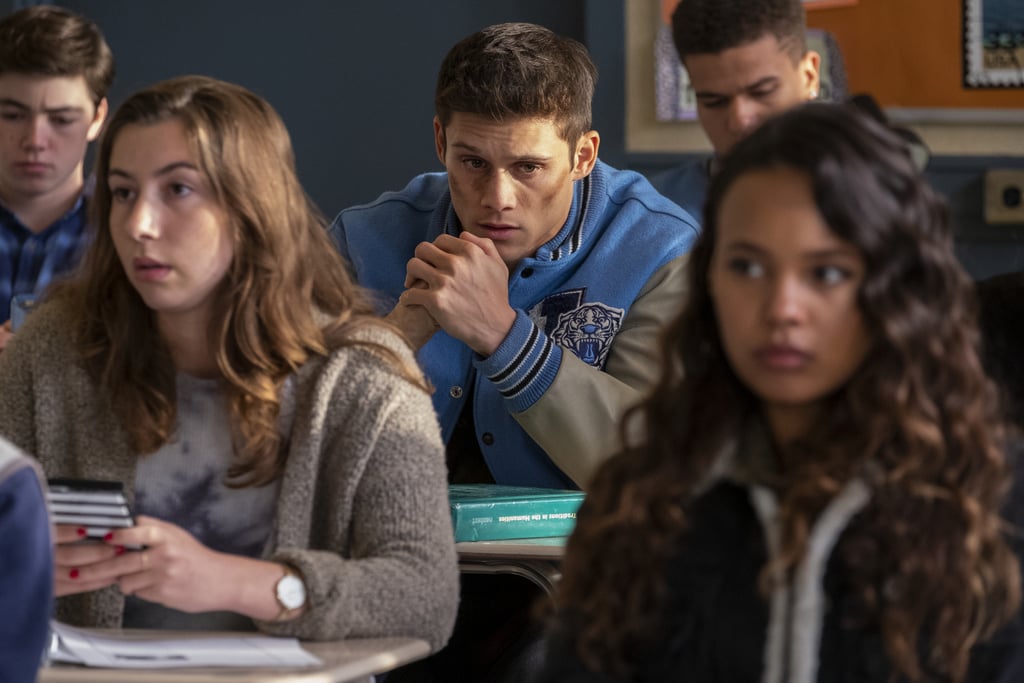 If you're still a little confused about the order of events in season three of 13 Reasons Why, don't worry — you definitely aren't the only one. After all, eight months passed between the end of season two and the present events of season three, and with these teens, you better believe that a lot of sh*t went down during that time. When we open on senior year, Alex and Jessica are broken up, Bryce and Chloe are at new schools, Zach is on crutches, and there's a mysterious new girl who seems to know everything about everybody. Um, what? If you're hoping to refresh your memory on what exactly happened between the Spring Fling and homecoming before season four premieres on June 5, here's a handy guide for all of the major events leading up to season three's conclusion.