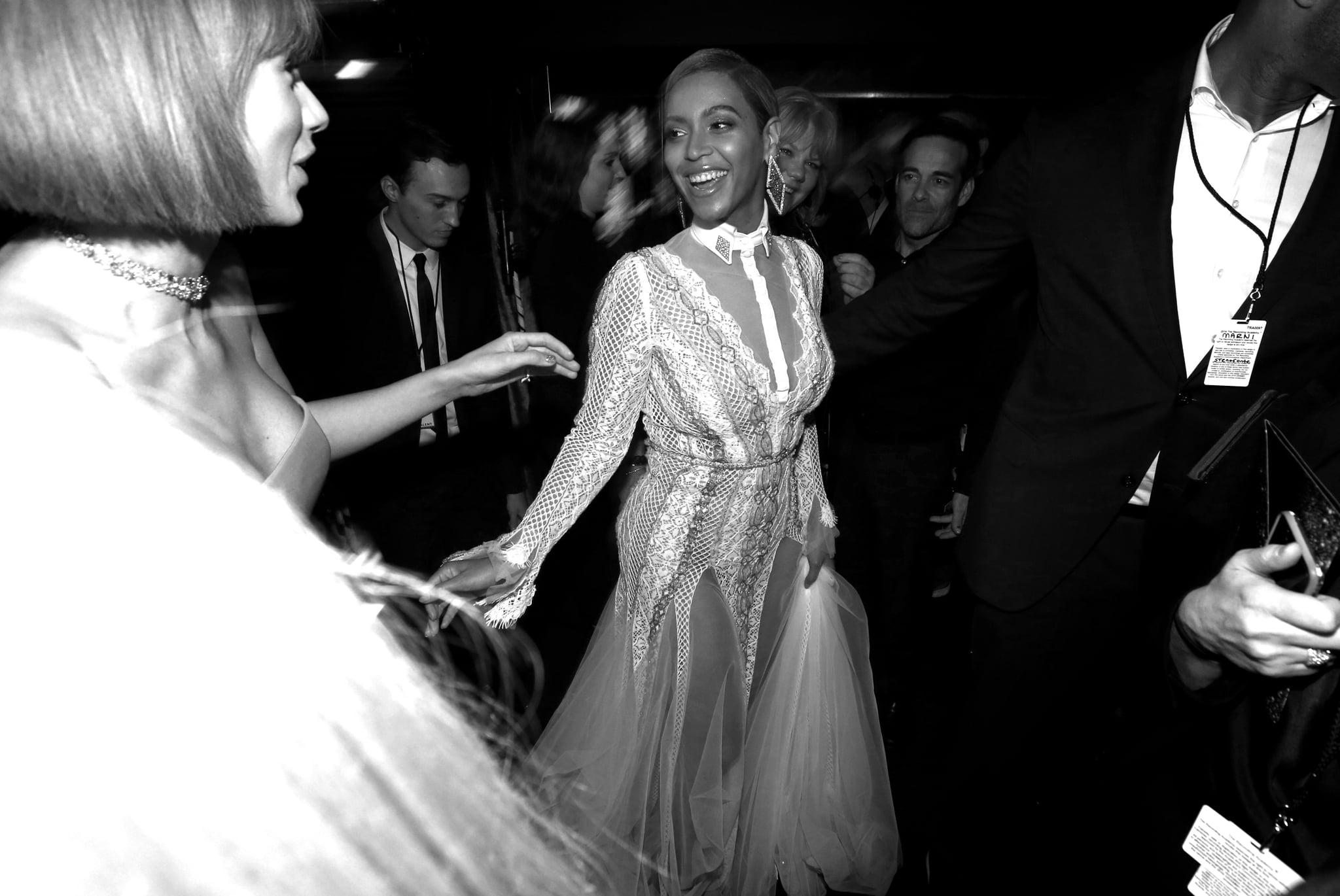 The Grammy Awards are the Kanye West rant of award shows: you're not sure how long they're going to last, there's going to be some awkward moments mixed with strokes of genius, and inevitably, something crazy is going to happen. But nobody thinks twice about it because it's the Grammy Awards, people! This is not your traditional award show.

CoverGirl invited me to the show as its guest, which allowed me access to rehearsal the day before, along with a seat at the telecast. This isn't my first rodeo, either: I used to work the red carpet, which gave me insight into how music's biggest night was pulled together from start to finish. Here are 10 things you might not know about the Grammys — plus what you might have missed during the show!

1. The artists don't get to keep their Grammys.
Well, they do — just not the one you see them presented with on stage. The only people entitled to touch the "official" Grammy are the person that wins, the president of the National Academy of Recording Arts and Sciences, and the senior vice president of awards. Because of this, the Grammy the presenter gives to each recipient is a dupe: it doesn't include any of the winner's information engraved on it, and after the winner walks off stage with it, it's retrieved and given to the next presenter.

2. Over 400 mics were used for this year's telecast.
Each microphone is set for each person who appears on the Grammys stage.

3. There's a special "rite of passage" for every Grammy winner.
During our tour of the rehearsal, we were introduced to the "Stairway to Heaven." It's an escalator inside the Staples Center that leads the winners to their four photo op stops; the Grammy staff told us it's where the artist will ride up and be forever known as a Grammy winner.

4. There's a whole other award show that happens before the one you see on TV.
To say Grammy day is long for certain nominees is an understatement. There is an entire pretelecast that takes place hours prior to the actual televised show — they can't televise every category, so most of the 80 categories' winners are announced during this time. This is why you might hear, "Already a winner tonight!" or "She's won three Grammys already!" during the show, because some of the nominees have already won in their respective categories during the pretelecast. Taylor Swift won both best pop vocal album and best music video at the pretelecast, while she won on-air for album of the year.

5. The red carpet is as chaotic as it looks.
The red carpet has an interesting setup because usually, the general public, or non-nominated guests of the show, are not allowed on the red carpet. But to get to the awards, everyone enters at the same place: the top of the carpet. So there's a good chance normal folk (like me) will get to briefly see, if not walk next to, nominees and other celebrities. However, once you pass a certain point, the carpet splits into two lanes: the artists go to the right so they can take their photos in front of the step-and-repeat and interview with different outlets, while the other guests are whisked to the left and encouraged to get inside the venue as soon as possible.

6. Taylor Swift is everyone's cheerleader!
Sure, you know Taylor isn't afraid to get down when she's feeling the music, but she's also one of the first people to applaud and cheer for each winner. When Kendrick Lamar won the first award of the night, she was on her feet before anyone else — and even made a "get up!" motion with her hands to encourage her peers to stand up for the rapper's win.

7. Commercial breaks are nostalgic.
The awards are held at the Staples Center: the home arena of the Lakers and the Clippers, but also a venue at which many of the artists have played sold-out shows. During the commercial breaks, seat fillers are swapping spots, artists are going backstage or mingling with their friends in the aisles and taking photos, and great Grammy moments from past shows are playing. Pink's "Glitter in the Air" performance was a favorite, as was Beyoncé's duet with Prince.

9. There's a giant karaoke screen for the artists to read from.
OK, it's a teleprompter. (But wouldn't it be so much fun if it were for karaoke?) It might seem odd to think that an artist could mess up their own lyrics, but the Grammys are known for bringing together artists for epic collaborations, which means there is plenty of room for stumbling on lyrics. Every word, or lyric, that is uttered on stage is presented on a giant teleprompter toward the back of the arena to ensure, for example, that Andra Day was able to perfectly harmonize with Ellie Goulding — without accidentally butchering the lyrics.

Music
Music Mood Board: Songs For New Beginnings
by Brea Cubit 15 hours ago