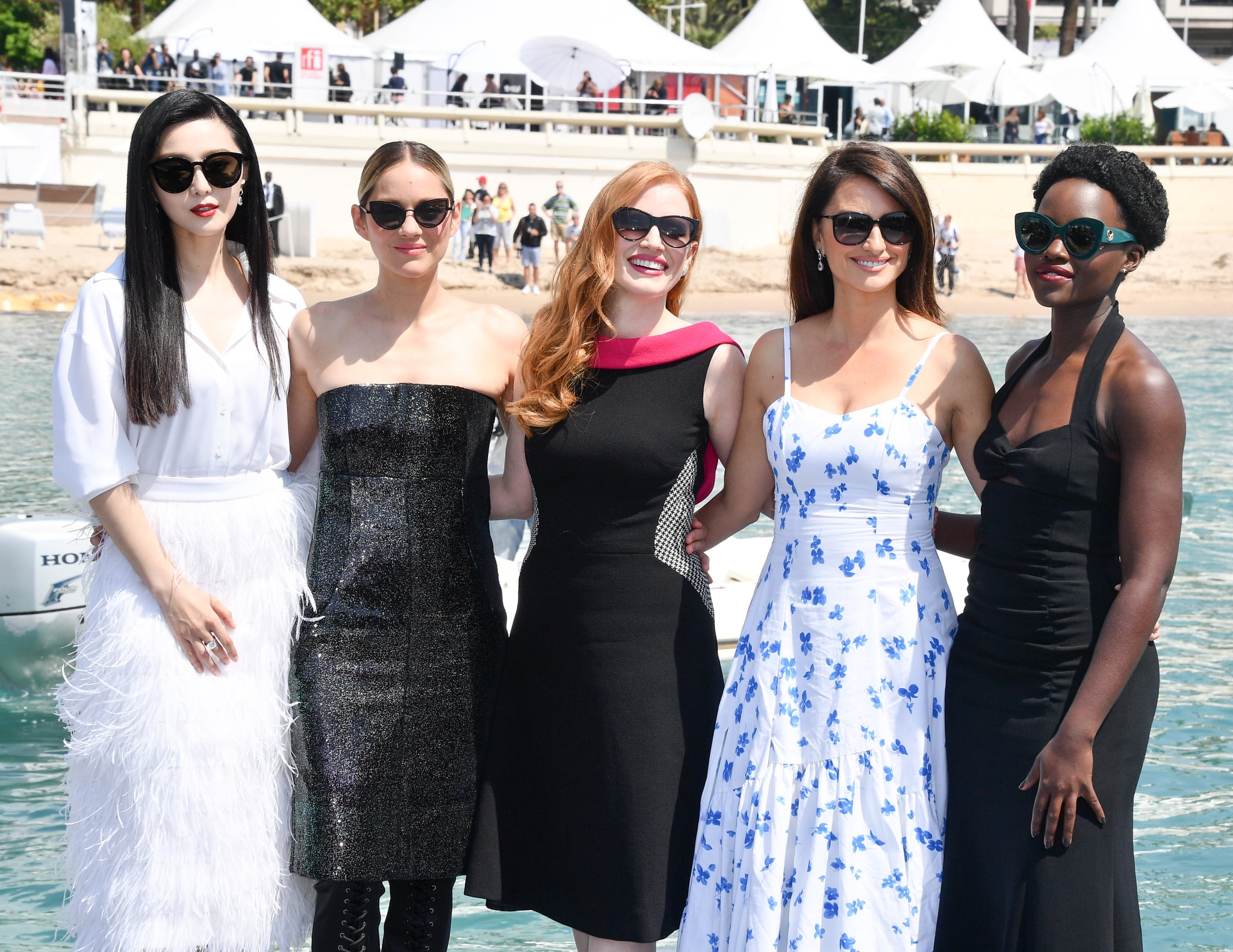 Several esteemed actresses are teaming up for an empowering spy movie that could potentially evolve into a franchise, and we are so ready. Deadline has exclusively learned the movie, titled 355, will star Jessica Chastain, Marion Cotillard, Penélope Cruz, Fan Bingbing, and Lupita Nyong'o. The five actresses recently appeared at the Cannes Film Festival together to publicly announce the thriller.

Simon Kinberg, who recently made his directorial debut with X-Men: Dark Phoenix, is set to direct 355. As a star of the upcoming X-Men movie, Chastain worked closely with Kinberg and it was then that she pitched her idea. "I had so much fun working on The Help that I always wanted to do another female ensemble film," Chastain said.

Related:
Attention, Hollywood: Here Are the Women We Want to See as Indiana Jones

The actress then cited the Bourne and Mission: Impossible franchises as her inspiration but wondered why there aren't more female ensemble spy films apart from Charlie's Angels. "That got my wheels going, along with the idea of casting actresses from all over the world to truly make it an international project," she said. "I realized the incredible creative freedom we would have with that."

It was important to Chastain that all the actresses appeared together at Cannes to signal the beginning of their "journey together," she said. That same day, Nyong'o shared a selfie of the star-studded group with the caption, "Get on board." Oh, we are.