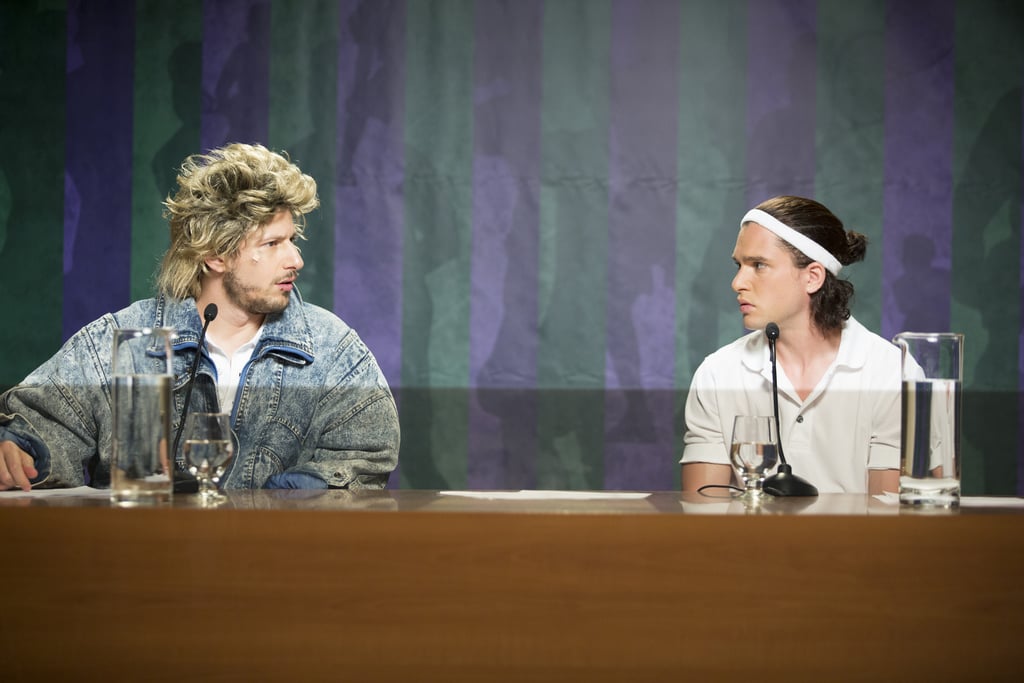 It's Samberg vs. Jon Snow in the Epic 7 Days in Hell Pictures

Consider this one Jon Snow mystery solved. Kit Harington will return to HBO much sooner than you were hoping, but this time, he's playing a totally different character. In the HBO sports doc spoof 7 Days in Hell (watch the trailer if this is the first you're hearing of it), Harington plays English tennis player Charles Poole, who goes up against flamboyant American player Aaron Williams (Andy Samberg) in the (fictional) longest tennis match in history. The pictures here will soothe your Jon Snow grief just a little bit until we find out whether he'll come back to Game of Thrones. 7 Days in Hell airs on Saturday.

Previous Next Start Slideshow
Andy SambergKit HaringtonTVMovies
Around The Web