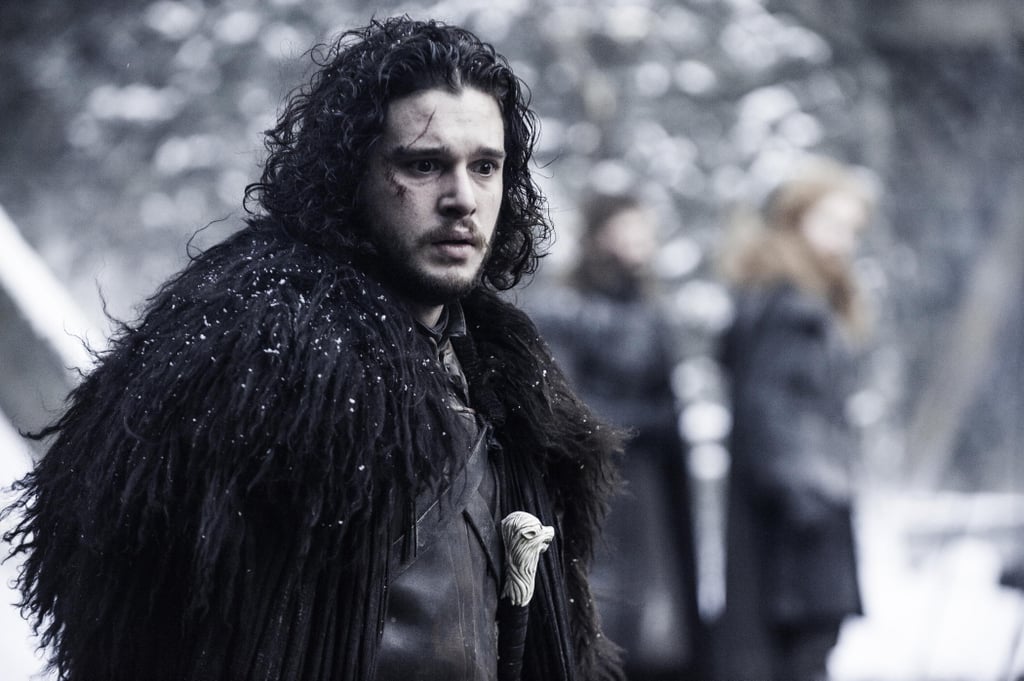 With the season six premiere less that a week away, it's time to look back at Game of Thrones' season five finale. The episode features nail-biting cliffhangers and devastating deaths, including the seemingly fatal stabbing of Jon Snow. Not only is he supersexy, but he's also one of the show's most compelling characters. He can't be dead — he just can't! While Kit Harington and more have said that he is definitively dead, that doesn't necessarily mean he's going to stay dead, especially now that his face is one of many on the season six posters. Here are the top three theories that speculate that we have not seen the last of Jon Snow — and five reasons why we never should have believed he's gone anyway.