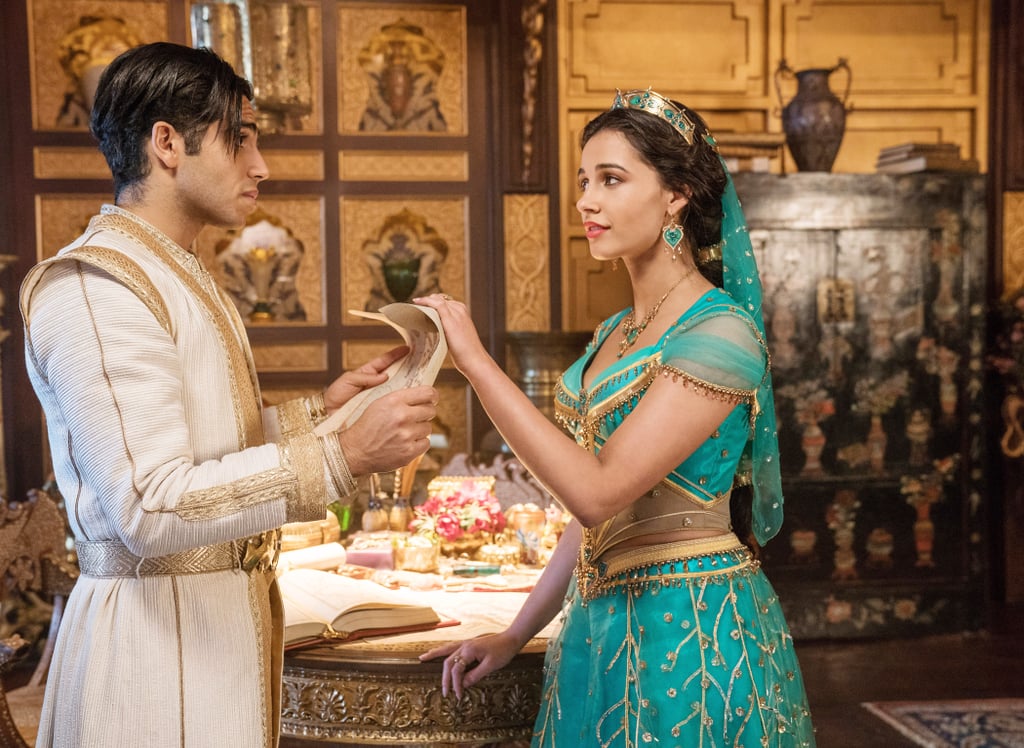 Our wish is Disney's command! Ever since the studio announced that it was producing a live-action remake of Aladdin, fans of the classic tale have been anxious to see any sort of sneak peek at what the film will look like. In October, the the magical trailer dropped, and two months later, Entertainment Weekly released exclusive pictures of the talented cast as their characters (you HAVE to see Will Smith as Genie).

Thankfully, because Disney is so generous, we have even more images from the film! Look on to see Mena Massoud as Aladdin, Naomi Scott as Princess Jasmine, and more in the photos ahead, and then be sure to see what they look like next to the original animated versions of their characters before Aladdin hits theaters on May 24.