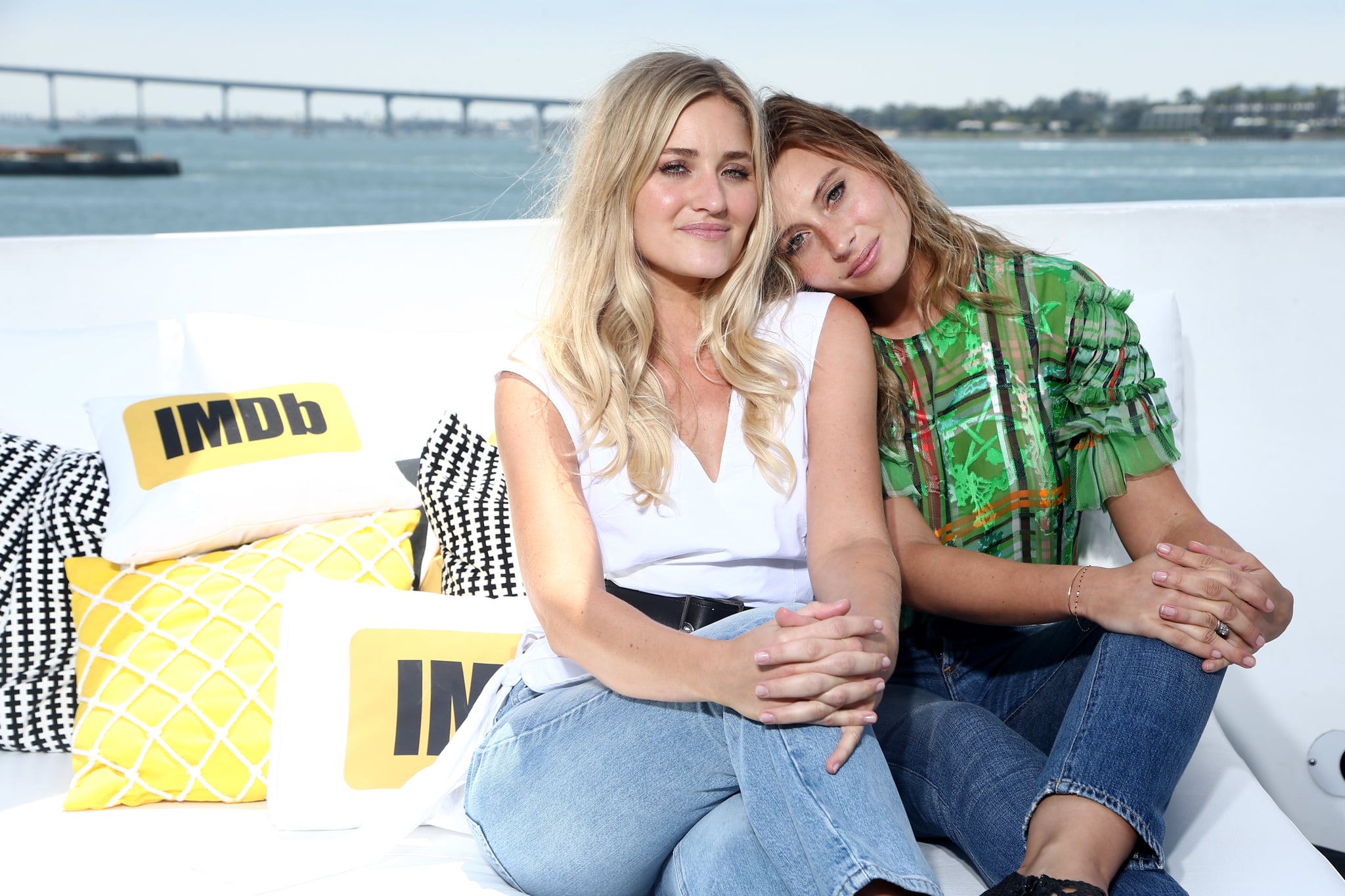 Summer just got a little sweeter thanks to Aly & AJ. After teasing fans about their return to music, the sister duo — Aly and AJ Michalka — released their single "Take Me" on Friday, and it's crazy good. Not only is the beat highly addictive (not to mention their incredible voices), but it also marks their first single in 10 years! They previously released "Hothouse" under the name 78Violet in 2013. While this song certainly has a pop feel, you can definitely expect a much larger range from their record as a whole.

When POPSUGAR spoke to AJ last year, she said that they were really "focused on not labeling their music as one sound" this time around. "On our last album [Insomniatic], we were trying to please so many people . . . now, that pressure is totally gone," she said. "We're kind of doing this on our own and writing in such a genuine space that there is no time to judge." But don't worry, it will definitely still sound like the Aly & AJ we all know and love. "We obviously have a very sisterly bond that I think never really goes away no matter how much you grow."

The Weeknd
The Weeknd Talks New Album in Rare Interview: "I Get to Explore a Different Side of Me"
by Monica Sisavat 2 hours ago

The Weeknd
The Weeknd Announces His After Hours Tour, and Welp, There Goes My Paycheck
by Monica Sisavat 3 hours ago

Music
Even If You Don't Watch High Fidelity, Please, Please Listen to the Soundtrack
by Amanda Prahl 22 hours ago

The Weeknd
It May Have Taken Almost 4 Years, but The Weeknd's New Album Is Dropping Next Month
by Monica Sisavat 1 day ago

by Sarah Wasilak 59 minutes ago