Coven hasn't necessarily been the scariest season of American Horror Story — except when you consider the fact that a handful of its characters are based on real people. So far, the show has introduced three characters inspired by actual historical figures prominent around New Orleans during the 19th and 20th centuries and on this week's episode, we meet Papa Legba. While he's not a documented person, he's based on a real figure in voodoo culture. However, Madame Delphine LaLaurie (Kathy Bates), Marie Laveau (Angela Bassett), and the Axeman of New Orleans (Danny Huston) were all real folks, and some of the bizarre events from the show's flashbacks actually happened. Are you ready for the gruesome details? 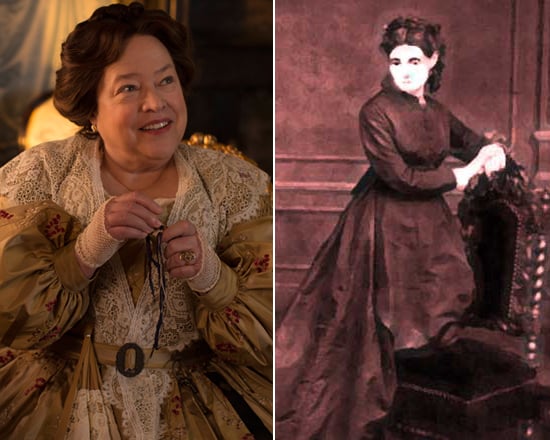 On the show: The season's very first scene takes us to society woman LaLaurie's Chamber of Horrors, where slaves are hung up, boxed in, and tortured. The woman of the house is no better to her own kin; she locks up her daughters in cages for a year after she overhears them speaking ill of her. Since then, a spell has caused her to sleep through a few decades, and she winds up at Miss Robichaux's School For Exceptional Young Ladies in the present day. Unfortunately, she's still a horrendous racist and recently it was revealed that she once killed a baby and moisturized her face with its blood. Now she's just a head.
The facts: In reality, LaLaurie was a well-known New Orleans socialite during the early 1800s. Married three times, her first two husbands died under mysterious circumstances. She was known for her parties, but soon rumors grew around the city that she was cruel to her slaves after she was seen with a whip in her hand, chasing a young servant onto the roof, where the girl fell to her death. As for the Chamber of Horrors? That was real. Her barbaric attic was discovered when a fire broke out at her home and volunteers came in and discovered her servants chained up in the attic, crippled from LaLaurie's cruelty or already dead and decaying. Though LaLaurie fled town that night, her home is still said to be haunted.

See more after the jump. 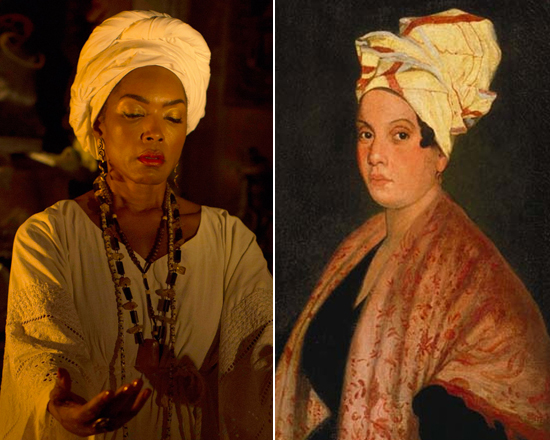 Source: FX and The Times-Picayune

On the show: Bassett plays the Voodoo Queen of New Orleans, the witch who puts Madame LaLaurie to sleep back in the 1800s. She's still alive in present day, which means she's got some serious self-preservation skills. Not only is she the leader of the African-American faction of witches in New Orleans, but also, she runs a local beauty salon (where she performs spells in the back). Recently, she's teamed up with Fiona to protect the city's witches.
The facts: Marie Laveau was indeed known as the Voodoo Queen of New Orleans between the 1820s and 1860s. The Creole woman was also known as the Widow Paris, a name she took after the death of her first husband. In addition to being "a dealer in the black arts," she was actually a hairdresser. Mother to several children (only a few of whom lived to adulthood), she was also skilled as a nurse and healer. Laveau was known for giving advice and healing herbs to visitors from every social circle. She died in 1881 (and her daughter took over her priestess status), but people still visit her tomb to see if she'll grant their wishes from the grave.

The Axeman of New Orleans 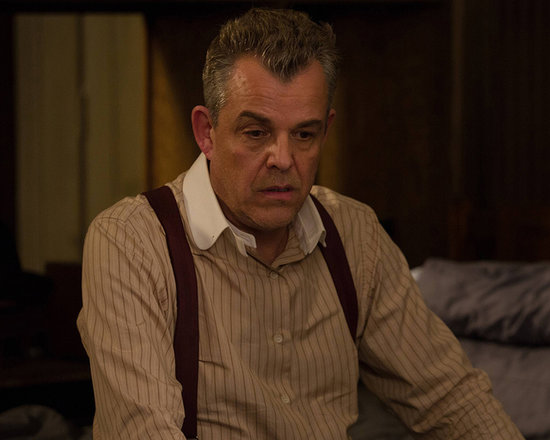 On the show: The Axeman of New Orleans is another transport from NOLA's past. His story begins in 1919, when he pens a letter to the city telling them he's paying a visit but will spare those in houses playing jazz music. The women at Miss Robichaux's deliberately ignore his request, so they can kill him when he enters. His soul is awakened by Zoe (Taissa Farmiga) after being trapped in the house for nearly a century — and let loose on the city. He can currently be spotted with Fiona Goode, the woman he spent decades watching over as a ghost and is now shacking up with.
The facts: The Axeman was definitely a real person, but we still don't know his identity. Active between the years of 1918 and 1919, the killer broke into homes and murdered women, and sometimes their husbands, with the victims' own axes or straight razors. That too-bizarre-to-be-true storyline about the jazz music? It's true; you can even read the letter. Though some New Orleans residents challenged the Axeman to come after them that night, the city was alive with jazz music, and no one was killed. It's unlikely he was killed by a coven of witches that night, given that the murders continued for several months. The killer was never caught.