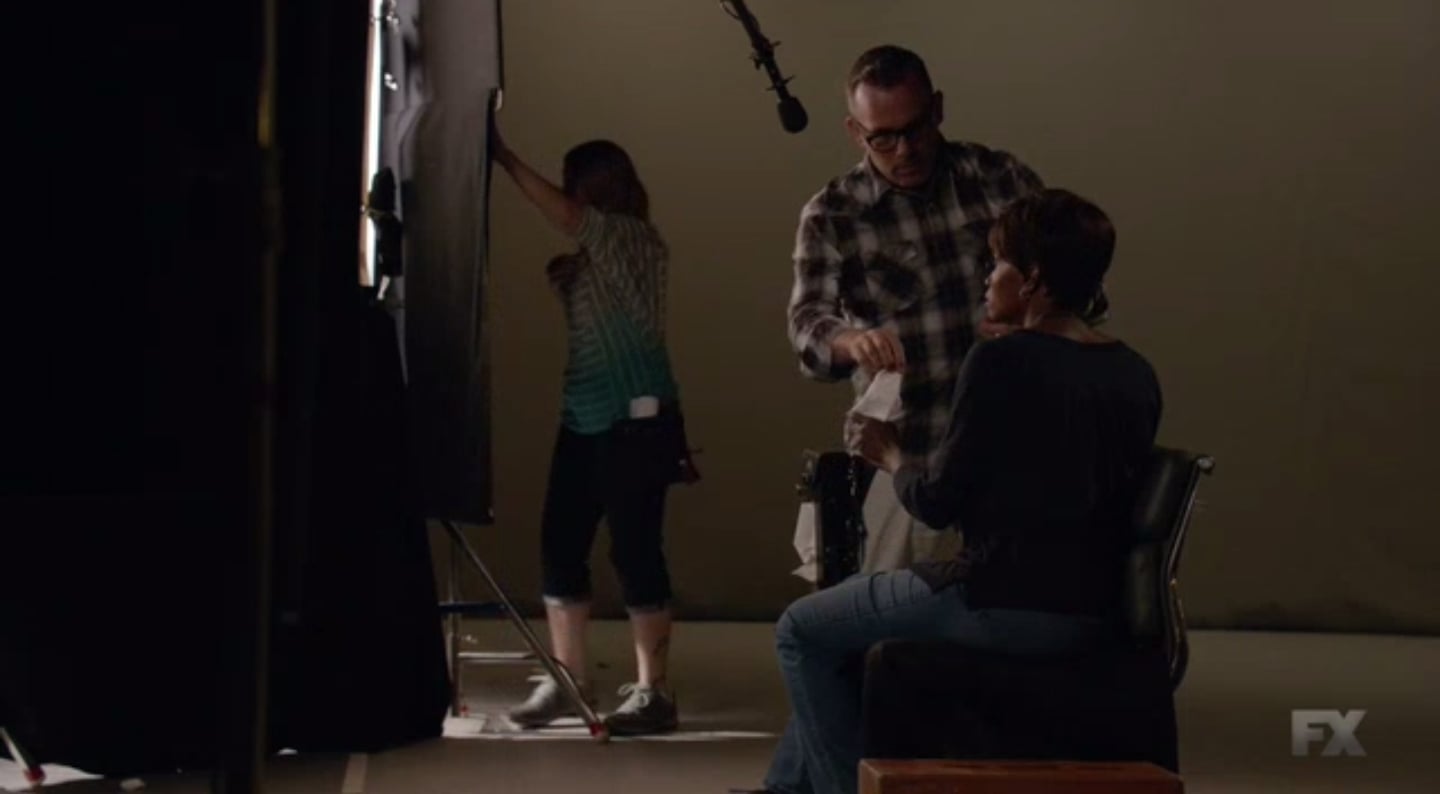 On this week's episode of American Horror Story: Roanoke, something out of the ordinary happened. Up until this point, we'd been experiencing a show within a show. On My Roanoke Nightmare, there were real people giving interviews about their horrible experiences and then participants of a "dramatic reenactment." But even with everything going on, we still had a feeling we weren't getting the full story. Now, we've reached "Chapter 3." We're finally delving into the mystery of the Lost Colony, and we're even getting more insight into the "real-life" versions of Shelby, Lee, and Matt.

Here's what happens: at one point during the episode, the small psychic man who calls himself Cricket (Leslie Jordan) has just held a terrifying seance that introduces us to "The Butcher" (Kathy Bates). He gets set to leave and whispers something to "Lee." Suddenly, during Shelby's interview, we hear an off-camera voice. It belongs to a man, and he's trying to get the real Shelby to reveal what she heard. The same man is asking the real Lee to reveal what Cricket said, but she claims she doesn't remember. That's when the off-camera man mentions Lee's first daughter, Emily.

At this point, Lee freaks out. She demands the cameras be turned off, and suddenly, the "perfect illusion" of My Roanoke Nightmare is shattered. We see the interview set, we see a crew, and we see the real Lee perched in her seat. There's also the perceived "break" from the script. Lee was ambushed with a piece of information she didn't think the creators of this show knew. This could have huge implications going forward. It gives room for even more to happen outside of My Roanoke Nightmare. Also, what else were the "showrunners" able to uncover, unbeknownst to the interview subjects? Looks like it'll be another slow, painstaking week until we find out more.