Amy Adams and Jeremy Renner are starring in what might end up being the year's biggest alien movie: Arrival. If you're thinking that in 2016 your alien movie needs a clear angle, it does. Adams is a language expert and it's up to her to try to communicate with aliens who have landed one of 12 spacecrafts on Earth. While that admittedly isn't the most exciting thing, the movie has more than an angle; it has a huge twist. Now, the movie is out, so you may not want to be spoiled. If that's the case, click away now. But if you're curious about just what this mind-blowing twist is and want to spoil it for yourself, keep reading. 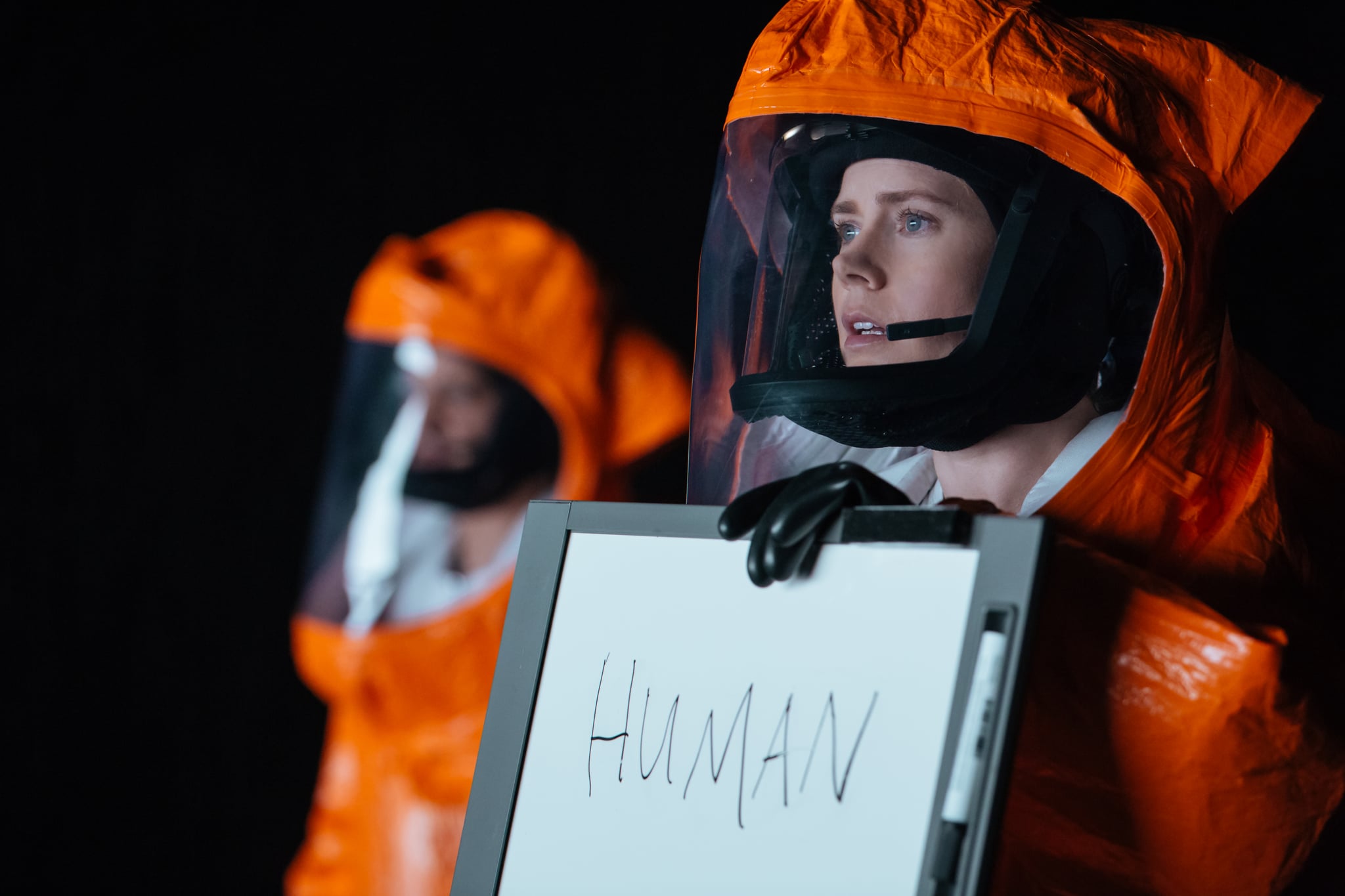 One last time: WARNING! SPOILERS AHEAD. Do not proceed further if you don't want to know what happens in the final act of Arrival.

Adams's linguist character, Dr. Louise Banks, is recruited by the US government for her translation skills. Before the landing, we see Louise's life in an emotional sequence, from the birth of her daughter, Hannah, and bits of her childhood to Hannah's terminal cancer and death. It appears that Hannah's death has left Louise more alone than ever, as she's now childless and single (it's implied she'd been married, but we don't see her husband in the flashback). Then, the "arrival" happens.

Related:
65 Movies That Need to Be on Your Radar This Fall

Twelve alien craft have landed on the planet, one of them in Montana, and there are two aliens with which the US is trying to communicate. But, you know, they're aliens, and they just make strange noises. Louise's language expertise allows her to have a communication breakthrough, discovering that the "heptapods," as they come to be known, emit a smoke that makes symbols, effectively giving them written communication. Once Louise starts to decipher the symbols, the impatient world is ready to just destroy the ships out of fear, but she and Renner's mathematician character Ian are encouraged by their progress. Before that happens, Louise takes a risk and enters the ship alone, sucked up into the anti-gravity atmosphere. In the dreamy scene, one of the aliens communicates to Louise that they are giving her, and Earth, a gift. When she asks why, the answer is that in 3,000 years, their kind will need humanity's help. She wonders how they can see "the future," 3,000 years away. 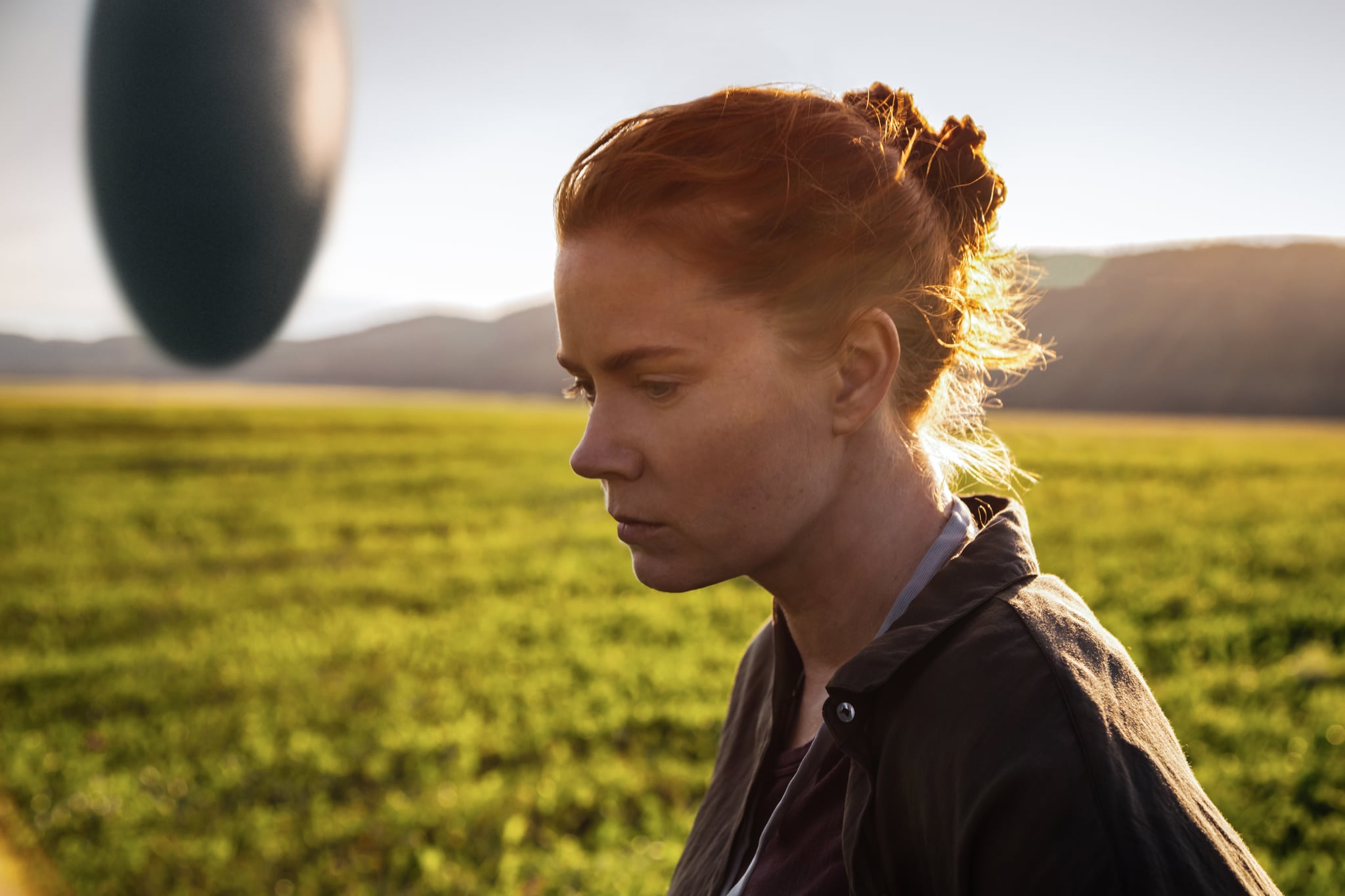 And now, here's the earth-shattering twist: the aliens don't see in the future, they just see time as being non-linear, which is the gift they give Louise — or have already given Louise. Throughout her mission, she's been having flashbacks of her time with her daughter, but while she is having a vision of her in conversation with the alien, she asks, "Who is this child?" It's then that you realize that during the present-day action of the movie, Louise has never had a child. Has never lost one. Has never been married. The sequence at the beginning of the film happens after her mission, but now she can see into her "future." Or, rather, she sees her whole life on a non-linear timeline. Renner's character Ian, who she works alongside in the mission, is the man she falls in love with later, marries, and shares Hannah with. The identity of the father is hidden until the last act, to throw you off the scent of the non-linear storytelling.

Thus, this "alien" story really becomes one of the life choices a person would make if they could see how their life turned out — the good, the bad, and the ugly.