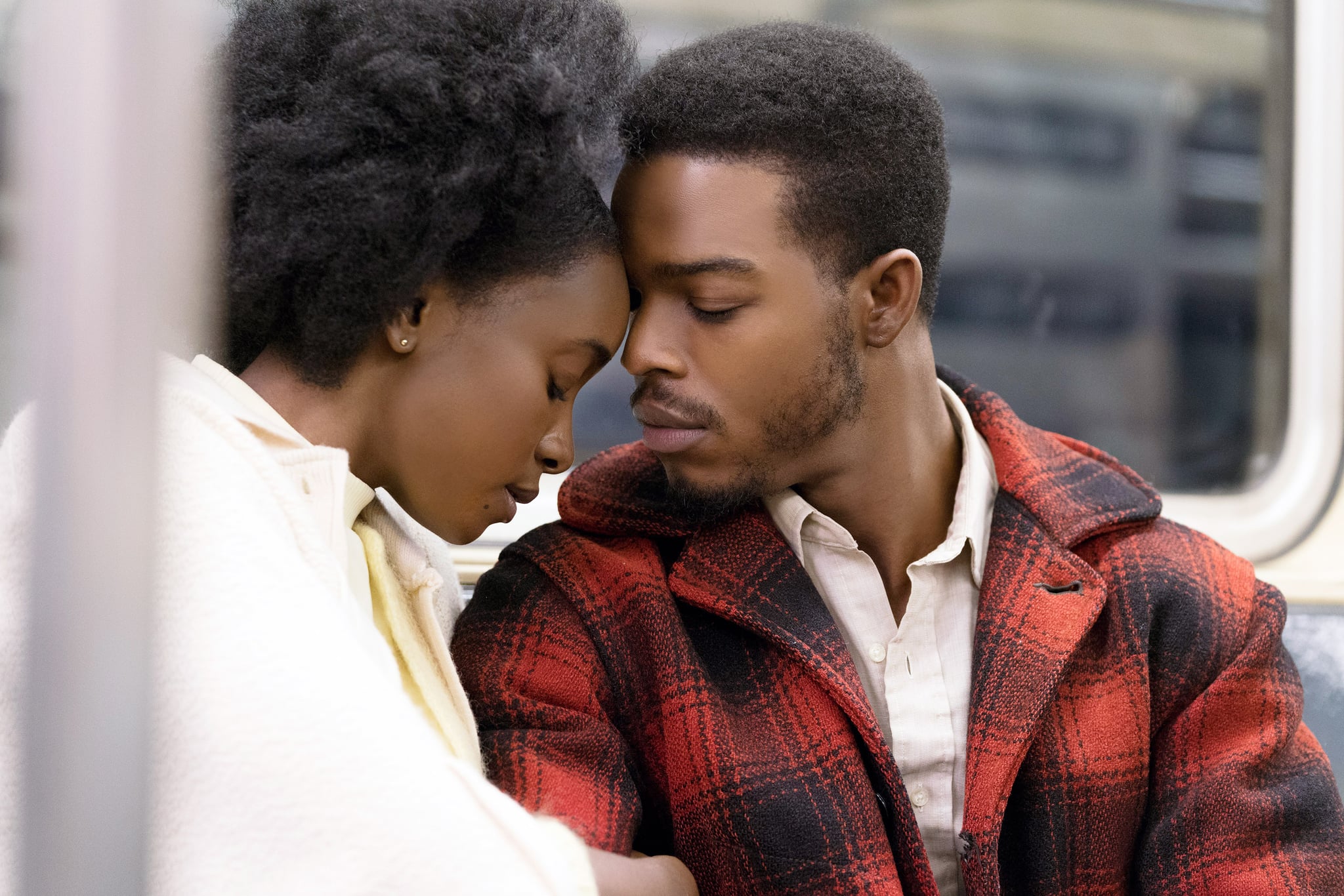 Barry Jenkins left us in awe with his lush, nuanced storytelling in 2016's Moonlight, and now, he's poised to do it again with the drama If Beale Street Could Talk. Due in theaters on Dec. 25, it's already a critical darling with three Golden Globe nominations to its name — and award season has barely begun.

In his latest project, Jenkins adapts James Baldwin's book of the same name, the title of which alludes to W.C. Handy's "Beale Street Blues." It pays homage to the Memphis street that became a bustling cultural spot for black artists and activists in the 20th century. Baldwin grounds his novel in 1970s Harlem, but there's a timelessness to it that resonates with the buildup to the civil rights movements and the current Black Lives Matter movement. And while it respects context, the book also develops its characters' internal lives with a tragic story that'll haunt you. Intrigued? Keep reading to see how this heart-wrenching novel unfolds.

Tish (played by KiKi Layne in the film adaptation), a black 19-year-old woman, narrates the novel. She's in love with Fonny (Stephan James), a 22-year-old black sculptor. They later become engaged and Tish becomes pregnant. Around the same time, Fonny is accused of raping a Puerto Rican woman named Victoria Rogers (Emily Rios). Although he doesn't commit the crime, authorities arrest him after Victoria picks him out in a lineup in which he's the only black man (and she's certain that her attacker was black). Tish determinedly finds a lawyer for Fonny to help him clear his name before their baby is born. We eventually learn that Fonny has been set up by Bell (Ed Skrein), a racist white policeman, who, before transferring to the precinct where he arrests Fonny, shot and killed a 12-year-old black boy.

The story concludes with both hope and tragedy. Tish eventually goes into labor when Fonny is out on bail with his trial postponed. However, there's still drama in the novel's ending. Tish's mother reaches out to Victoria and sees the poverty that plagues her life. Victoria experiences a miscarriage and is taken away, presumed to be insane. Before Fonny gets out, his father, caught stealing from his employer to raise money for his son's case, commits suicide.

This is undoubtedly a heavy book, but it's safe in Jenkins's deft hands and keen eyes. Now, we'll just be waiting for If Beale Street Could Talk to stir up some noise once Oscar nominations are announced.