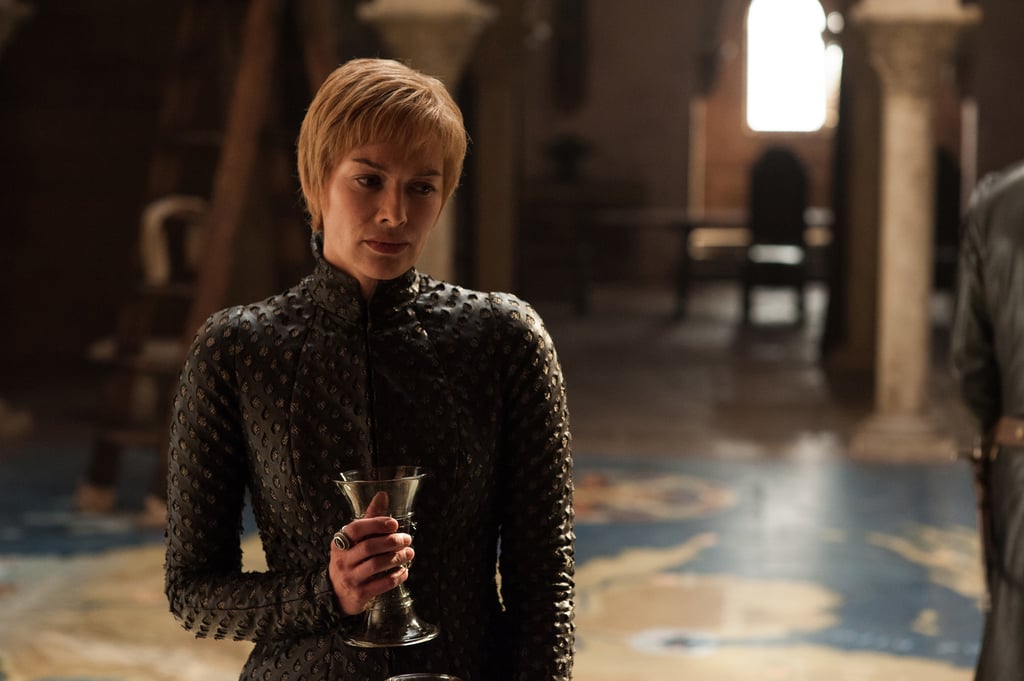 Sure, the dragons on Game of Thrones are cool, but have you ever watched Cersei Lannister peer over a glass of wine with a cold, unreadable stare and the slight raise of an eyebrow? Like every fan of the show, I appreciate the big battle scenes, the sweeping storylines, and the complicated dynamics worth theorizing about, but what really captures my attention is literally any scene involving Cersei. Even if you despise the character and all that she stands for, you can't help but find yourself riveted by her every biting line.

The woman is insane. Cersei is a murderous, corrupt figure who's shown she'll stop at nothing — and kill anyone — if it means gaining power. She's predictable only in that you know she cares about nothing but herself, her late children, and wine. And yet she's absolutely hilarious! Part of the magic of Cersei Lannister is the humor actress Lena Headey has infused into the role. Look no further than the season eight premiere, when Euron Greyjoy and the Golden Company's Captain Harry Strickland return to King's Landing and tell Cersei how many men they've brought from Essos. She's like, "Cool, cool, but what about elephants?" Never mind that the men have risked their lives for the journey. She wants those damn elephants.

With just a tilt of the head or the slightest of eye rolls, Cersei says it all, and while I hope she's defeated in the final episodes — #TeamJonAndDany — I'm still soaking up those quiet but loaded Cersei moments that have come to be some of my favorite scenes in the show. Keep reading to relive some of Cersei's best quotes and expressions, then dig into some of the most fascinating Cersei theories as we await the next episode of Game of Thrones.

Related:
This Small Detail in the Game of Thrones Premiere Means Cersei's NOT Pregnant
Previous Next Start Slideshow
Game Of ThronesLena HeadeyTV
Around The Web