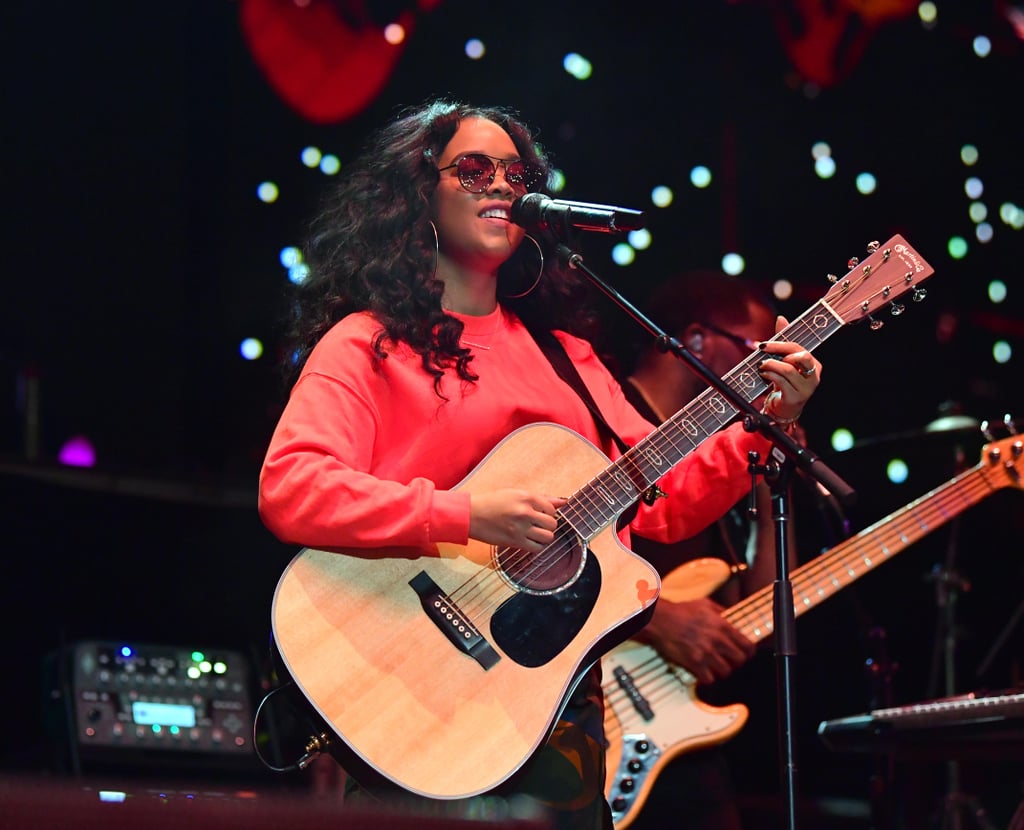 12 H.E.R. Songs That Will Have You Shoulder Deep in Your Feelings

If you haven't listened to one of music's rising stars, Gabi Wilson, better known as H.E.R., do yourself a favor and start — seriously. The 21-year-old San Francisco native has been on the scene for a few years but has started to gain more recognition recently. Currently, she's up for five Grammy awards: best new artist, best R&B performance for her collaboration with Daniel Caesar in "Best Part," best R&B song for "Focus," and best R&B album, as well as album of the year for her self-titled 2017 EP, H.E.R.

Earning five Grammy nominations is impressive enough, but to achieve an honor like that at such a young age is a testament to H.E.R.'s talent. The first song I heard from her was "Best Part" with Daniel Caesar, and I remember feeling a sense of peace. Their soft and sweet voices complemented each other well, and from that moment on, I was hooked on H.E.R.

To be perfectly honest, I personally don't have a ton of experience with relationships. But listening to H.E.R. sing about her ups and downs so soulfully makes me feel as if I'm right there with her. She has me singing about how much I love my imaginary boyfriend in one song, then crooning about how the dude I didn't meet at the club I never went to did me wrong. But that's the effect H.E.R. has on listeners — you feel like you're just hanging out with your friend and venting about life together. And if you don't believe me, just take a listen to some of her best songs ahead.

Related:
35 Songs by Black Women That Will Have You Feeling Good as Hell
Previous Next Start Slideshow
Grammy AwardsMusicCelebrity FactsH.E.R.

Taylor Swift
Taylor Swift Fires Back at Blur's Damon Albarn: "I Write ALL of My Own Songs"
by Princess Gabbara 15 hours ago