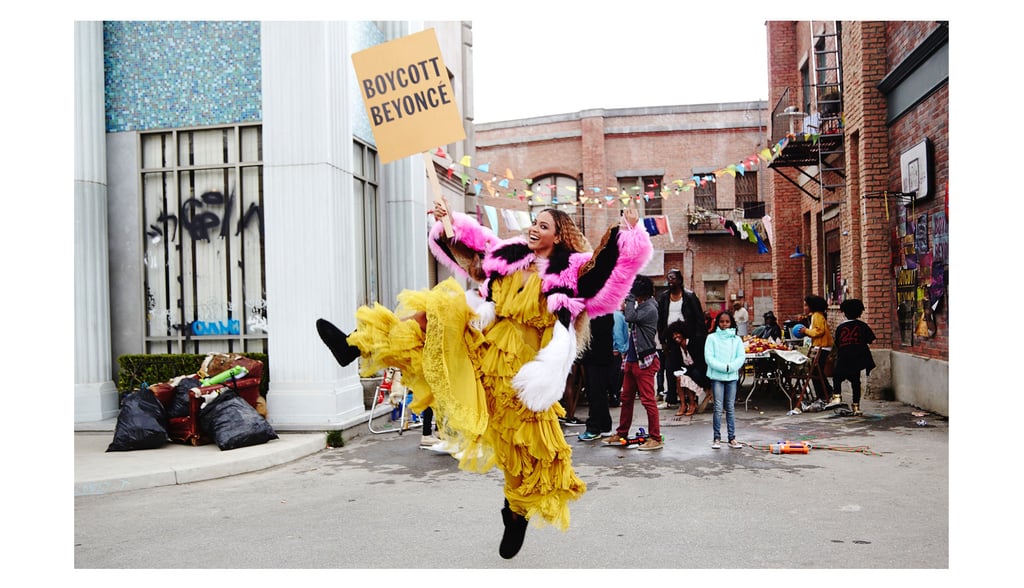 It's been more than four months since Beyoncé dropped her new album, Lemonade, which first manifested in visual form as a short film on HBO. Over the weekend, though, Bey treated us to an entirely new look at the transcendent experience by releasing a flood of behind-the-scenes photos on her personal website. Organized by song, they offer even more insight into the meaning of her album, plus a fresh batch of hard-to-notice details. There's even a nod to that iconic "Boycott Beyoncé" merch she's selling on her tour!