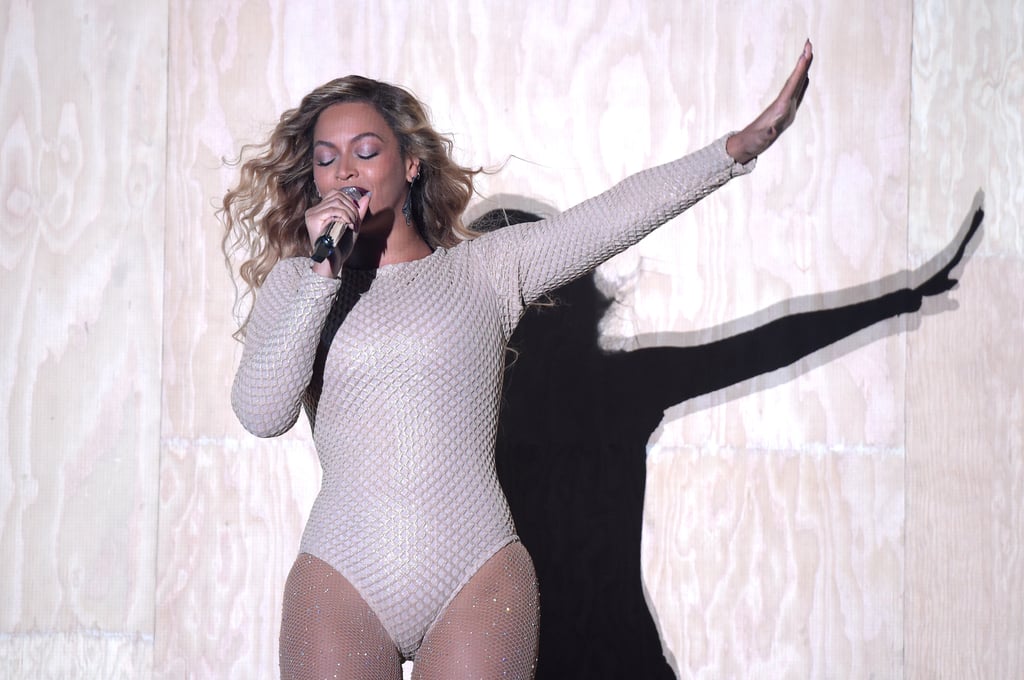 In a True Boss Move, Beyoncé Is Selling "Boycott Beyoncé" Merch on Her Formation Tour

Beyoncé's Formation World Tour kicks off in Miami on Wednesday night, but before the singer even hit the stage, she was causing a stir on social media. Fan Twitter account Bey Legion shared photos of the merchandise being sold on the tour stops, which included a t-shirt and phone case that reads "Boycott Beyoncé." They also tweeted out a photo of a group of what appears to be Beyoncé crew members in the shirts, along with ones emblazoned with "Beyhive Boys."

Beyoncé is clearly and remarkably poking fun at the actual boycotts that were planned after her statement-making Super Bowl Halftime Show performance of "Formation" back in February; critics organized an "anti-Beyoncé" protest outside the NFL's headquarters in NYC for those who felt the singer pulled a "race-baiting stunt" during the show and that it was "a slap in the face to law enforcement." The turnout, however, was less than impressive, as a total of two protesters showed up.

For what it's worth, Beyoncé spoke out about the backlash in an April interview with Elle, saying, "Anyone who perceives my message as anti-police is completely mistaken," adding, "I have so much admiration and respect for officers and the families of officers who sacrifice themselves to keep us safe. But let's be clear: I am against police brutality and injustice. Those are two separate things." With these new tour items, Beyoncé is not only poking fun at her haters, but proving just how self-aware she is, too.

Previous Next Start Slideshow
Beyoncé Knowles
Around The Web