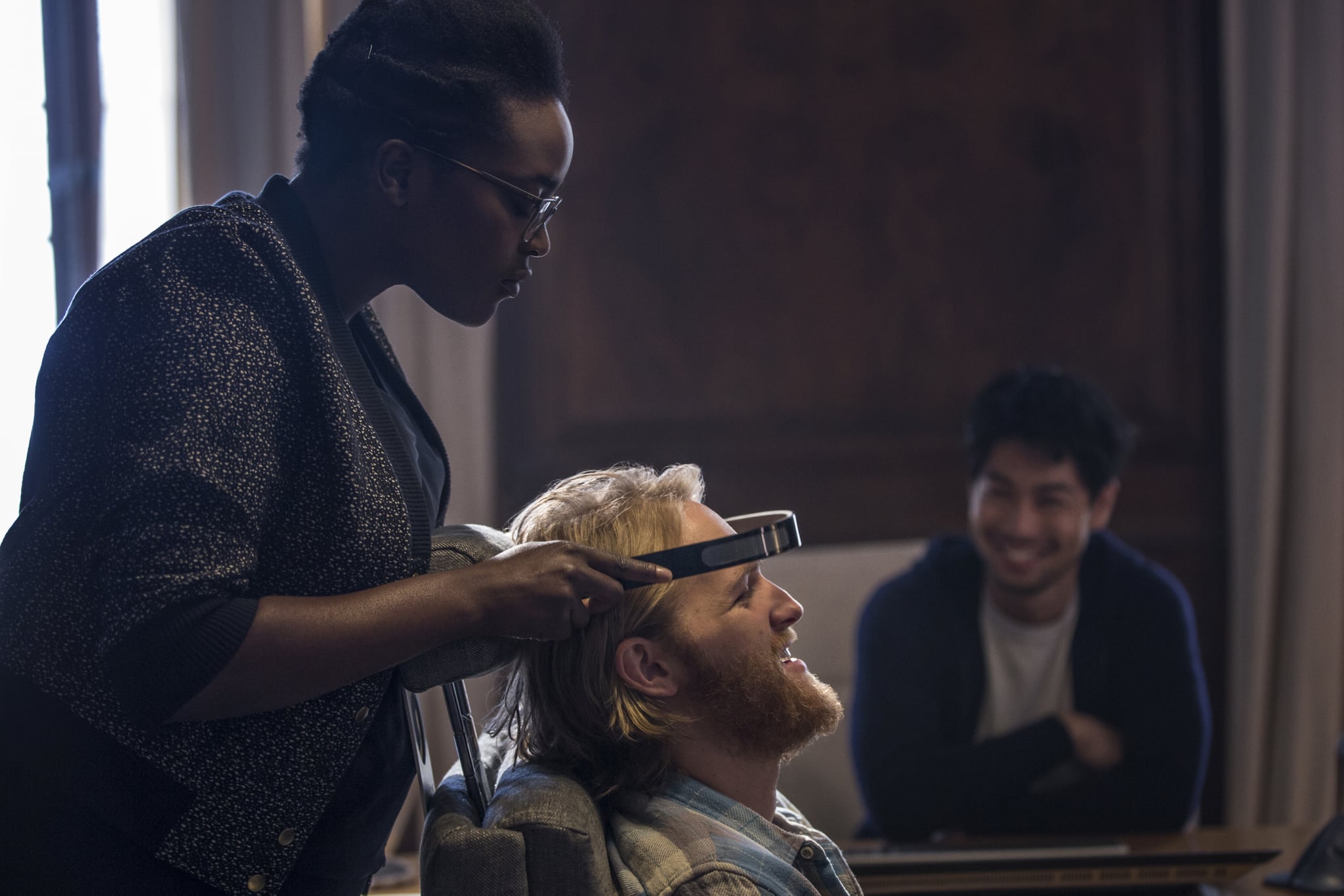 Black Mirror's third season has finally dropped on Netflix, and like previous episodes, there are plenty of imaginative, dark, and even gorgeous examples of what a future for our tech-obsessed world might look like. Although it's hard to pick a favorite thanks to the bleak brilliance of the cotton-candy-colored nightmare that is "Nosedive" or the absolutely beautiful love story at the heart of "San Junipero," the season's second episode, "Playtest," is uniquely terrifying. It doesn't have a dystopian, futuristic vibe that a lot of Black Mirror's episodes do, but instead plays more like a Hostel-esque horror film, only without the gratuitous gore. If you have a thing for scary movies, this is one episode of television that can't be missed.

Wyatt Russell, with his shaggy blond hair and boy-next-door looks, is the perfect fit for Cooper, an American tourist soaking up the sights in London at the tail-end of a long backpacking trip abroad. In a moment of loneliness, Cooper fires up Tinder and matches with Sonja (Hannah John-Kamen), whom he spends a night of fun with before discovering that his credit cards have been frozen indefinitely and he has no way of booking a flight home. Since he took the long trip to avoid his grieving mother after the untimely death of his father, Cooper has been avoiding her phone calls, and doesn't want to ask her for the money. Instead, he uses a Task Rabbit-like service to find a few jobs in London so he can make some quick cash and get home. Sonja, a tech writer, suggests he sign up for a VR-testing job at a mysterious gaming company, and that any photo he can sneak while at the facilities could make him major cash. Cooper, desperate and curious, agrees to the job, and heads out to the remote building where the company is housed.

Once there, Cooper is ushered into a white room by a seemingly friendly employee named Katie (Wunmi Mosaku), who fits him with a headset that is supposed to give users a VR gaming experience unlike any other. After testing out a few rounds of a high-tech version of whack-a-mole, Cooper agrees to experiment their newest project, which connects to the user's brain and uses the user's fears against them. Katie takes him to an empty mansion on the property, where he's locked in and told to just wait and see what happens. Of course, what follows is a slow and steady descent into madness, where Cooper struggles to figure out what's real and what isn't. Unlike other episodes in Black Mirror's repertoire, "Playtest" doesn't feel too preachy about the potential horrors of technology. Instead, it's focused on horror, period. Let's just say that the episode's final twist, which we won't give away here, is worthy of any horror flick.