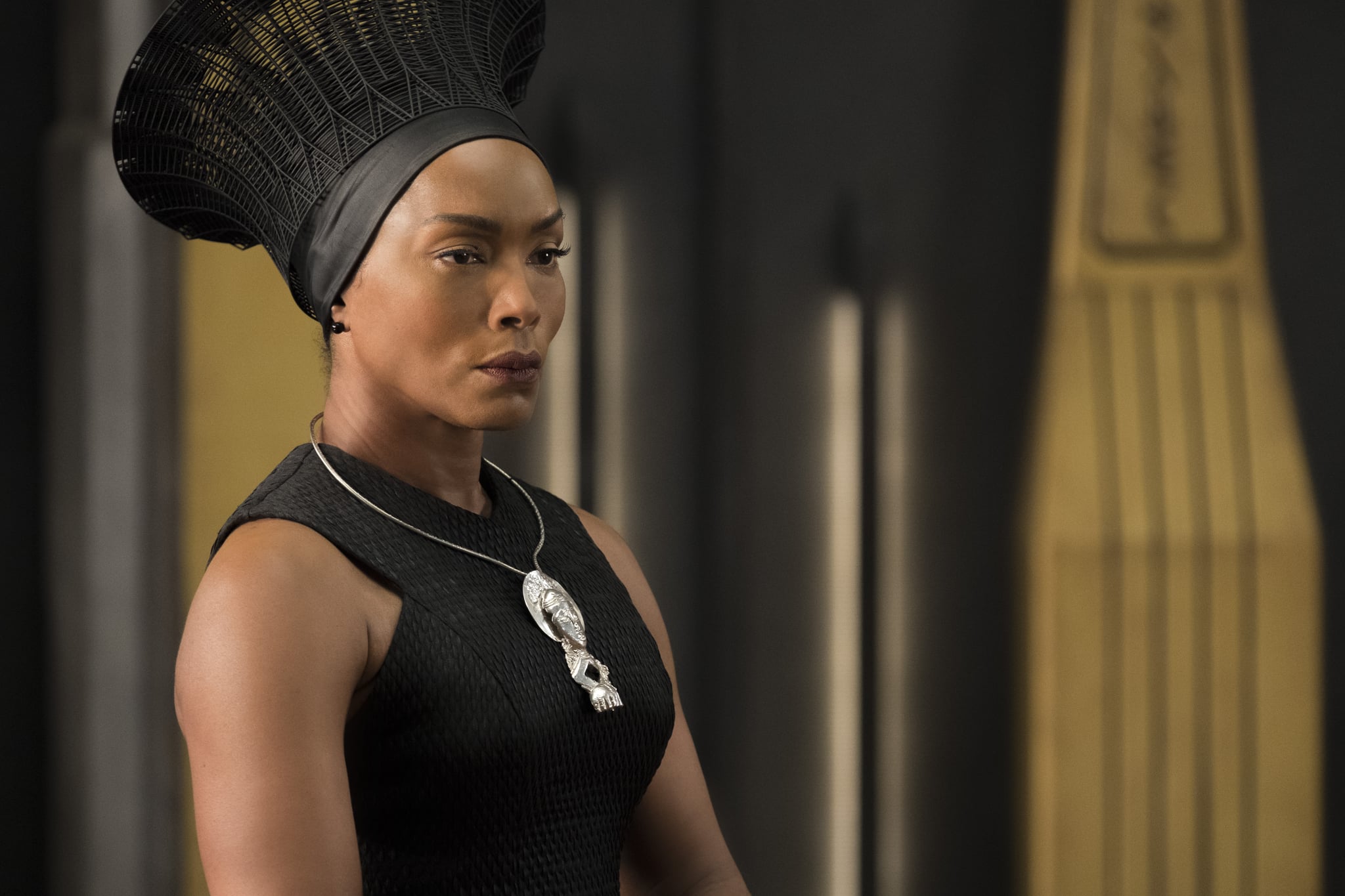 Author Jacqueline Coley is a correspondent for Rotten Tomatoes.

When Ryan Coogler was tapped to write and direct Black Panther, he enlisted an army of talented women to help him bring Marvel's first Black superhero to the big screen. Both in front of and behind the camera, women help build the framework for the most talked about film of 2018.

It might be a coincidence that the strength of women on screen mirrors the force of the women behind the camera — Coogler has said that Morrison, Carter, and Belcher were simply the best people for the job — but the film is the richer for it. 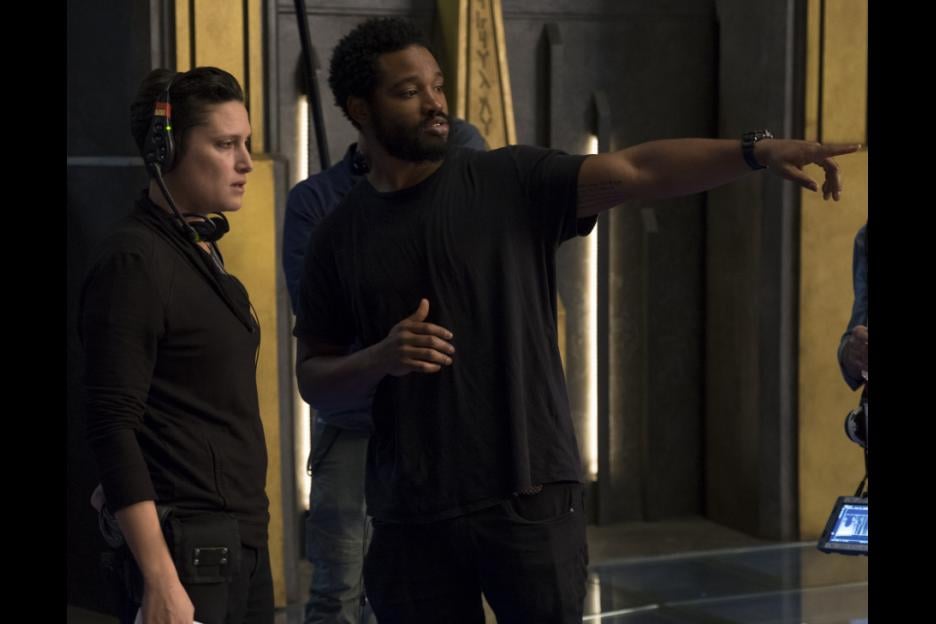 As T'Challa's kid sister Shuri equips him with tech, cinematographer Rachael Morrison (above, with Coogler on the set) bent light, landscape, and lens to birth Coogler's vision of Wakanda. This year, she made history with her Oscar nomination for Dee Rees's Mudbound, becoming the first female cinematographer bestowed the honor just weeks before Black Panther's release.

In Alicia Malone's book, Backwards and in Heels: The Past, Present And Future of Women Working in Film, Morrison confessed that she owes a lot to Coogler: "I don't doubt for one second that Ryan made it part of his deal and thus enabled me to shatter the glass ceiling of big-budget superhero films. Hopefully, nothing will be off-limits to me now." 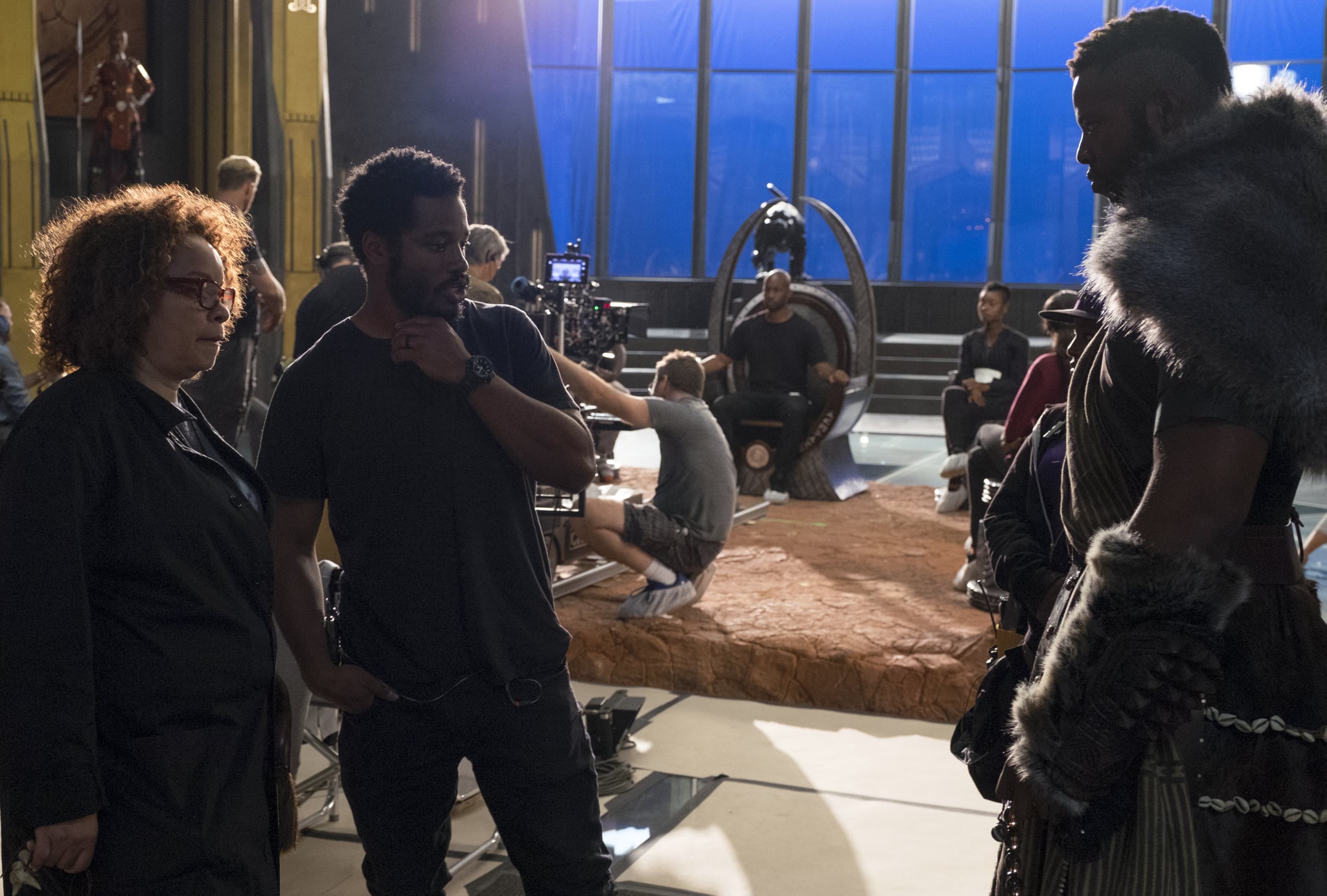 Also behind the camera, Oscar-nominated costume designer Ruth Carter (above, on the set with Coogler) and production designer Hannah Bealcher sculpted the look of Wakanda. From the ornate costumes of the Dora Milaje to the majestic throne room, their work brings every moment of the action in Black Panther to vivid life. What other possibilities are now open thanks to Black Panther?

As the film reaches audiences, I predict many moviegoers everywhere will be clamoring for more Shuri. Similarly, onscreen, Ramonda, Okoye, and Nakia each complement a component that makes Black Panther who he is — the king, the warrior, and the man. But they do so with their own agency and motivations, acting as partners as opposed to props.

Cunning and independent former flame Nakia (N'yongo) keeps T'Challa on his toes; never in need of rescue, Nakia is unwilling to take a backseat to anyone — even a king. His mother Ramonda (Bassett) advises him on how be a worthy king, while Okoye (Gurira) fights alongside T'Challa with graceful and brutally effective skill. The leader of his guard, the Dora Milaje, acts as T'Challa's first lieutenant, loyal soldier, and confidante. 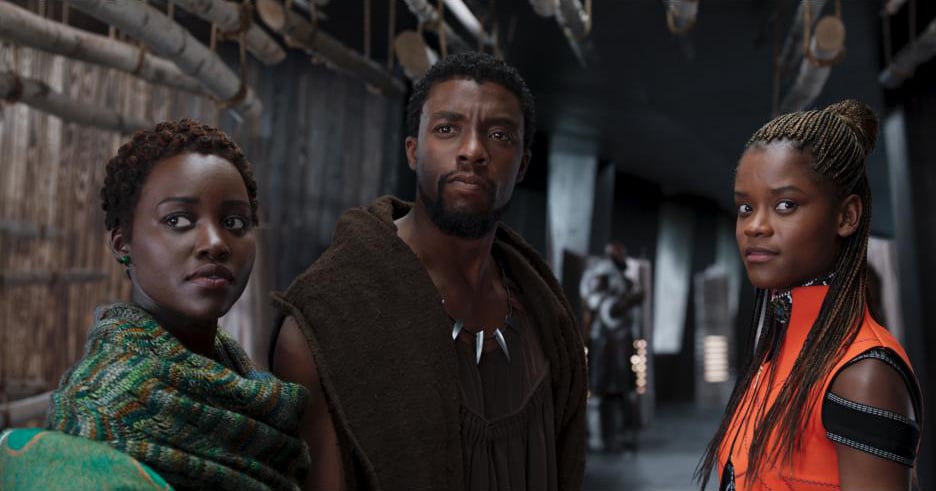 These women are as integral to the fabric of Black Panther as the vibranium in his suit. The King of Wakanda is a shadow of himself without them — and reviewers have taken notice. The critics consensus on Rotten Tomatoes says, "Black Panther elevates superhero cinema to thrilling new heights while telling one of the MCU's most absorbing stories — and introducing some of its most fully-realized characters." Save a few online trolls, the praise for Black Panther is continuing to grow. Critics have already hailed the efforts of Wright, N'yongo, Carter, Belcher, Bassett, and Morrison.

Though it's ridiculously early to start speculating, Carter has already been penciled in on my Oscar shortlist, alongside Bealcher. And the standalone Shuri Marvel movie might not be such a far-off fantasy. Rumors say the character, who takes on the mantle of Black Panther in the comics, could be set to wear the Iron Man suit (acting as a stand-in for the comics' Riri Williams). Despite what we might hope, Robert Downey Jr. can't be Iron Man forever, and the young tech genius from Wakanda has my vote if he ever passes on the red helmet.

Downton Abbey
A Look Inside the Real Villa Rocabella From "Downton Abbey: A New Era"
by Hedy Phillips 2 hours ago