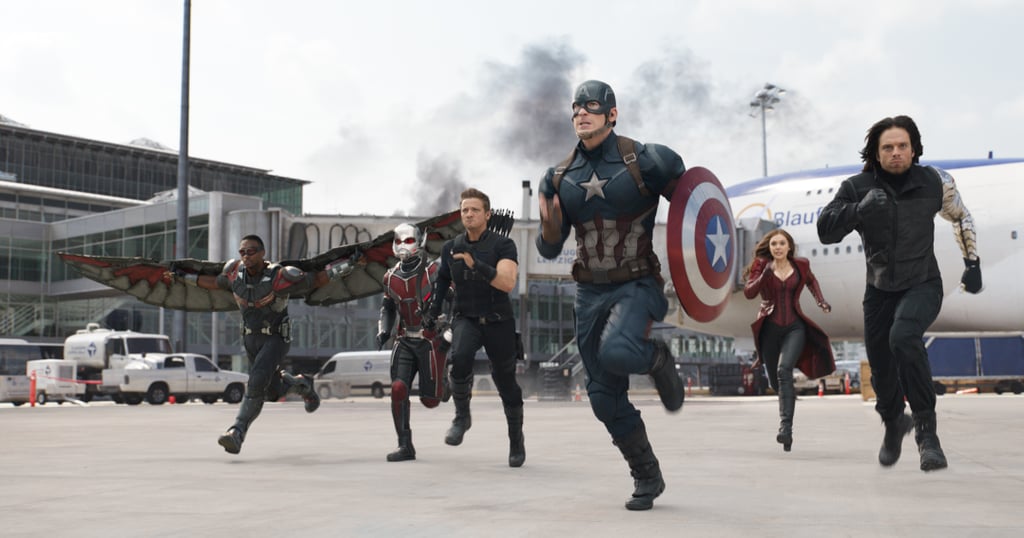 Get Amped Up For Captain America: Civil War With This Brand-New Clip

New footage for Captain America: Civil War has been revealed at the MTV Movie Awards! In November, Jimmy Kimmel unveiled the first trailer for the film, which is set for release on May 6 and stars Chris Evans as Captain America and Robert Downey Jr. as Iron Man. The Avengers are now on opposite sides of a war, so prepare for an epic battle. The latest teaser gave us chills, since it introduced Tom Holland as the new Spider-Man! Watch the footage and trailers now, then check out all the reasons Chris Evans is the sexiest Avenger, and take a look at the cast of the upcoming Spider-Man reboot!