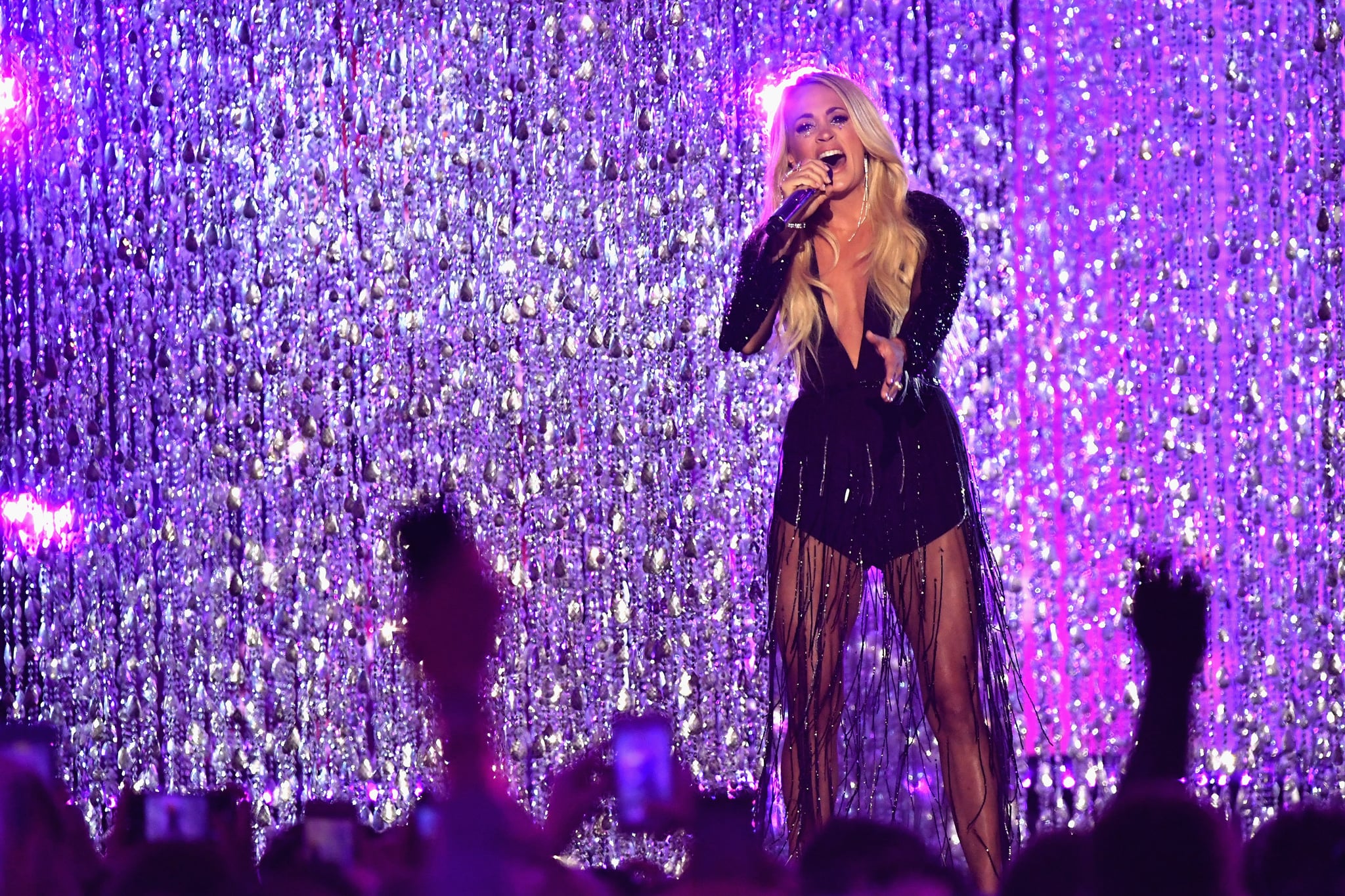 Our eyes have basically been welling up with tears ever since April, when Carrie Underwood released her new, emotional single, "Cry Pretty." If you watched the CMT Awards on Wednesday night, then you know that the crying isn't even close to being over. The 35-year-old country powerhouse put her insane vocals on display during a glittery performance at the annual music event, which basically had everyone in Nashville on their feet in applause. Watch her gorgeous rendition of the track ahead, and then check out her appearance at the ACMs earlier this year.