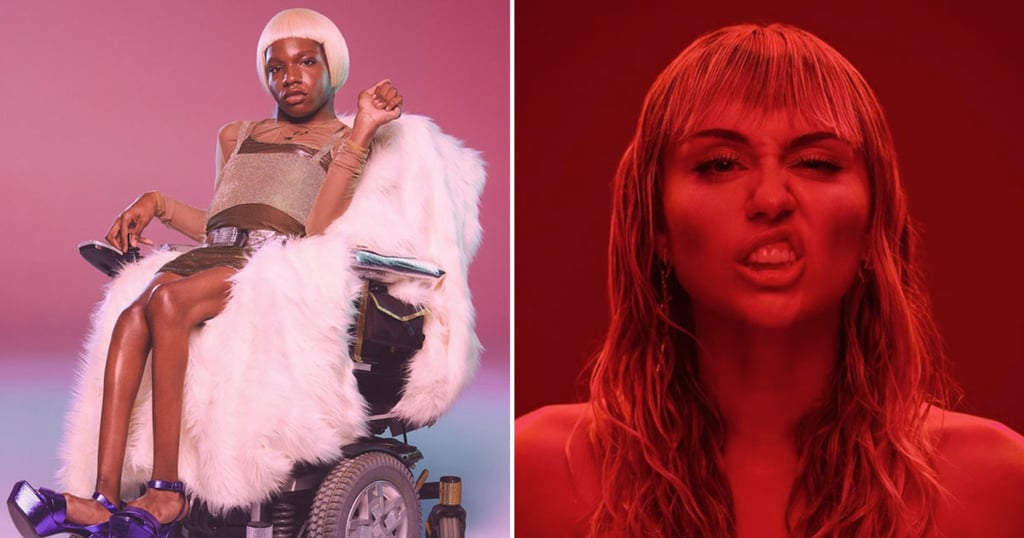 Throughout the video, Miley takes pride in embracing her "inner freak." While dressed in a red latex catsuit, she celebrates the freedom of being different alongside LGBTQI+ activists, marginalized voices, and her mother, Tish Cyrus.

Of the many powerful campaigners featured in "Mother's Daughter," Aaron Philip is a standout star. She's an Antiguan-American model and activist whose success came from being vocal on social media about the beauty of difference, as well as encouraging more visibility for intersectional identities. Philip is a black disabled transgender woman who was born with cerebral palsy and is now signed to Elite Model Management. She was recently interviewed by Naomi Campbell for Paper Magazine.

Other noteworthy cameos include model and activist Angelina Duplisea, founder of "Let's Talk Mother" Mela Murder, and professional skateboarder Lacey Baker. Check out the rest of the superstar cast ahead. 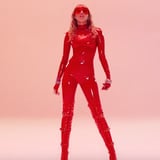 Music
If You're Not Familiar With Lucy Dacus's Indie-Rock Sound Yet, This Playlist Is For You
by Chanel Vargas 14 hours ago

Miley Cyrus
Miley Cyrus's Pride Special Looks Like a Big Party, and We Can't Stop Watching the Performances
by Kelsie Gibson 20 hours ago

Miley Cyrus
Miley Cyrus Is Hosting a Pride Concert, and She Gave Us One Outfit Spoiler: "Imma Be in Gucci"
by Sarah Wasilak 21 hours ago