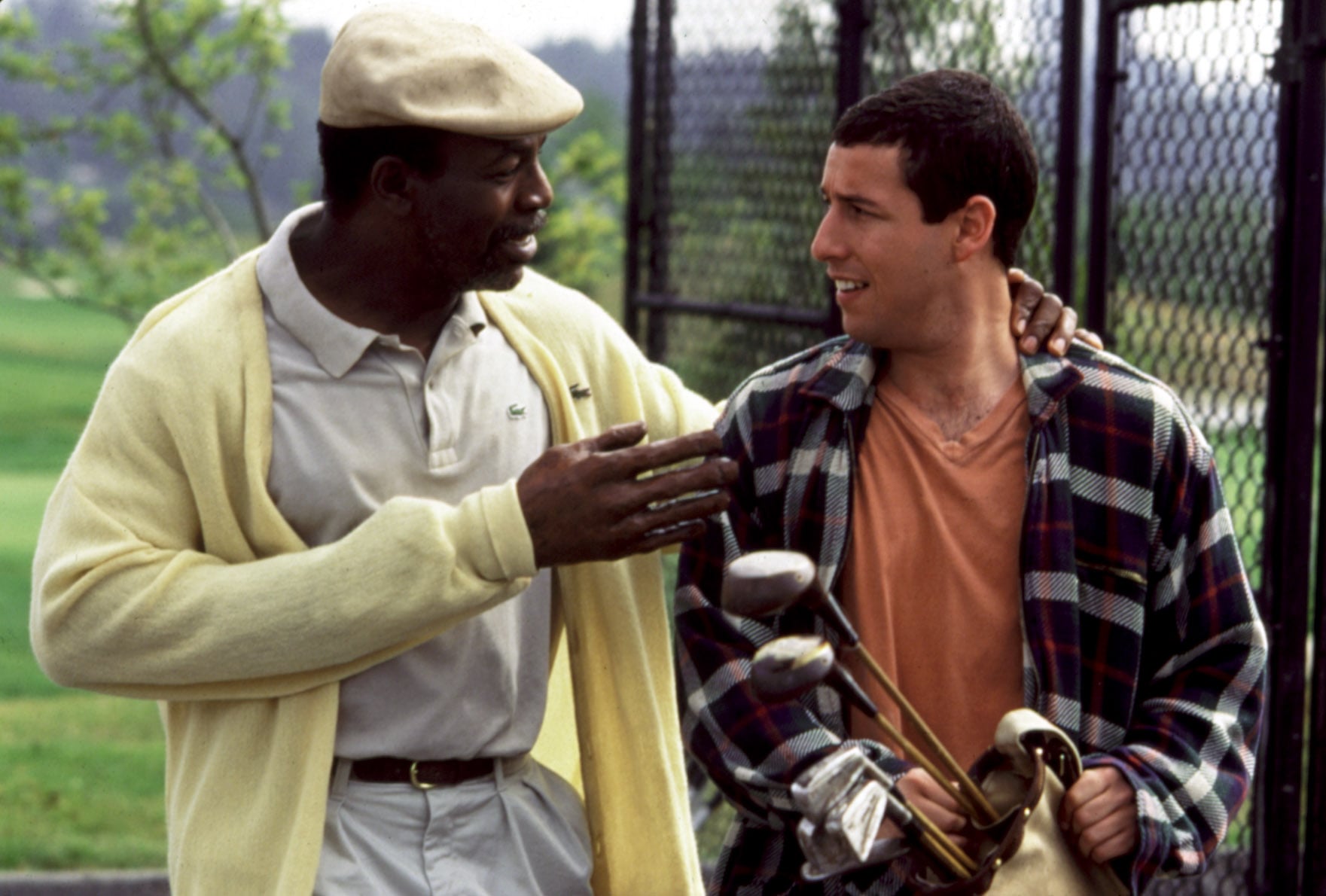 Pop culture encompasses many a character with memorable physical attributes — think Harry Potter with his scar or Happy Gilmore's Chubbs with his fake hand — strikingly similar to Murder Mystery's Colonel Ulenga. Chubbs is one of the most well-known characters in Adam Sandler's character world who is an avid golf player who lost his hand in an alligator fight. Over two decades since his introduction, Chubbs gets a fun callback in Murder Mystery, Sandler's new Summer movie, in the goofy colonel who's very similar to him.

Let's look at the colonel's character in Murder Mystery. Played by John Kani (from Black Panther), Colonel Ulenga begins the movie as one of Nick's top suspects for Malcolm Quince's murder, as he grabbed the knife from Quince's heart and held a gun at the time of the crime. But of course, he doesn't turn out to be the killer and ends up being one of the survivors.

Physically, what's special about the colonel is that he only has one eye and one hand, both of which he lost during a past bomb attempt. (And, no, his manhood was probably not blown off despite Nick insisting that it was.) In the 1996 comedy Happy Gilmore, Sandler's title character finds a golf mentor named Chubbs Peterson, who took out the eye of an alligator that bit off his hand. If you'll notice, the colonel has both the golf pro AND the alligator's injuries. Now, actor Carl Weathers (and not Kani) plays Chubbs in Happy Gilmore, but the characters' physical similarities are uncanny — though Ulenga does have a fake left hand instead of a right one like Chubbs. 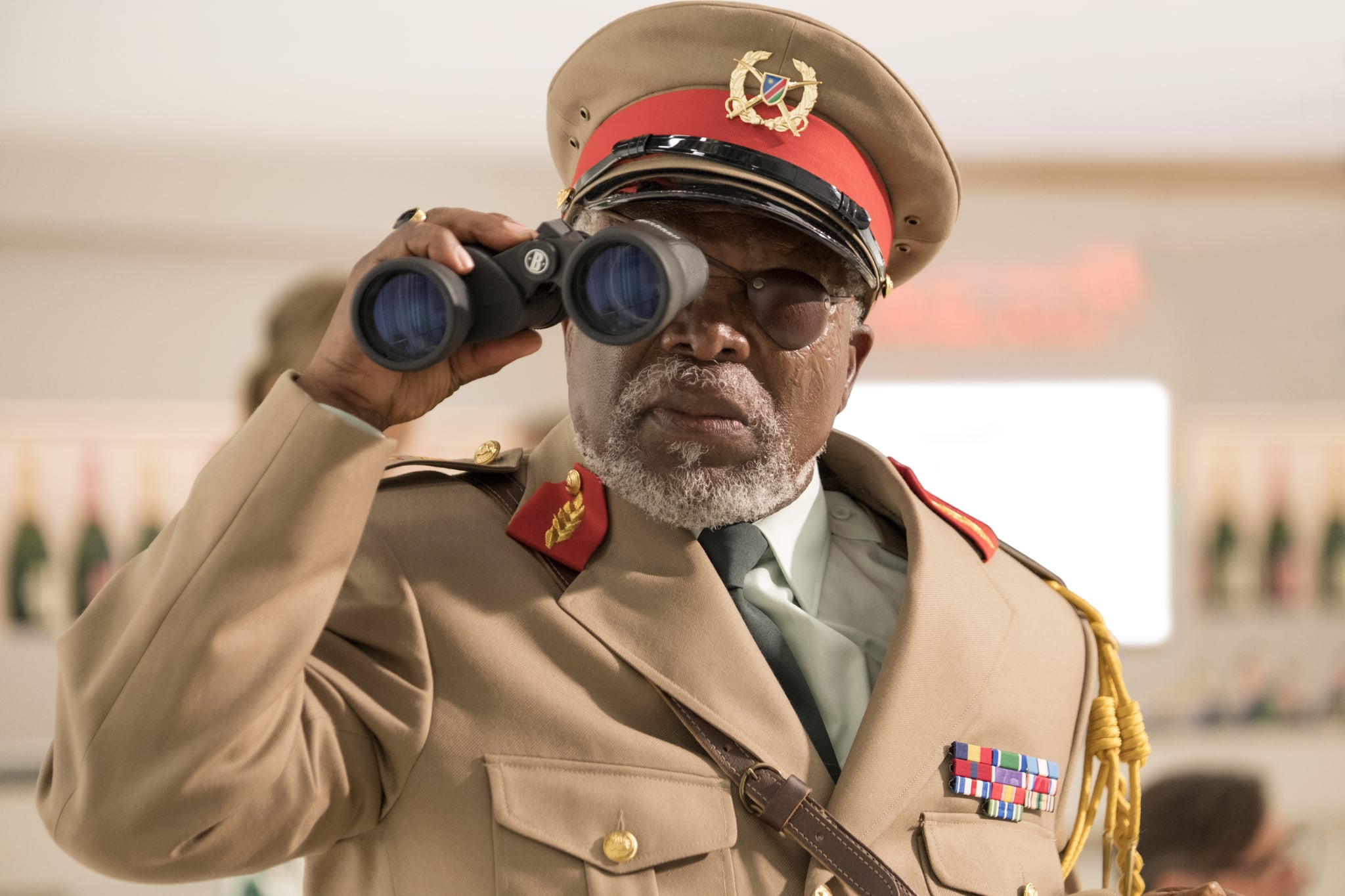 Beyond the colonel's appearance, there's another subtle reference to Happy Gilmore. If you recall, we see Colonel Ulenga while Audrey and Nick shimmy down his window. This connection might be looser, but it's worth mentioning. In the sports comedy movie, Chubbs, in shock, falls out of a window and dies after Sandler's character shows him the head of the alligator that ate his hand. Fast forward to Murder Mystery, Nick and Audrey pass by the colonel's room as they try to escape the murderer by climbing out their window and almost falling to their deaths. Coincidence? Probably not.

Feeling nostalgic after noticing this fun allusion? Besides Murder Mystery, Netflix has a handful of Adam Sandler throwback comedies such as Punch-Drunk Love and The Waterboy in addition to new originals such as The Meyerowitz Stories and The Week Of!

Movies
In the Heights Is Full of Lin-Manuel Miranda Easter Eggs, Including a Clever Hamilton Nod
by Karenna Meredith 6 hours ago

Movies
Will There Be an In the Heights Sequel? The Cast Is Keeping Their Fingers Crossed
by Monica Sisavat 11 hours ago