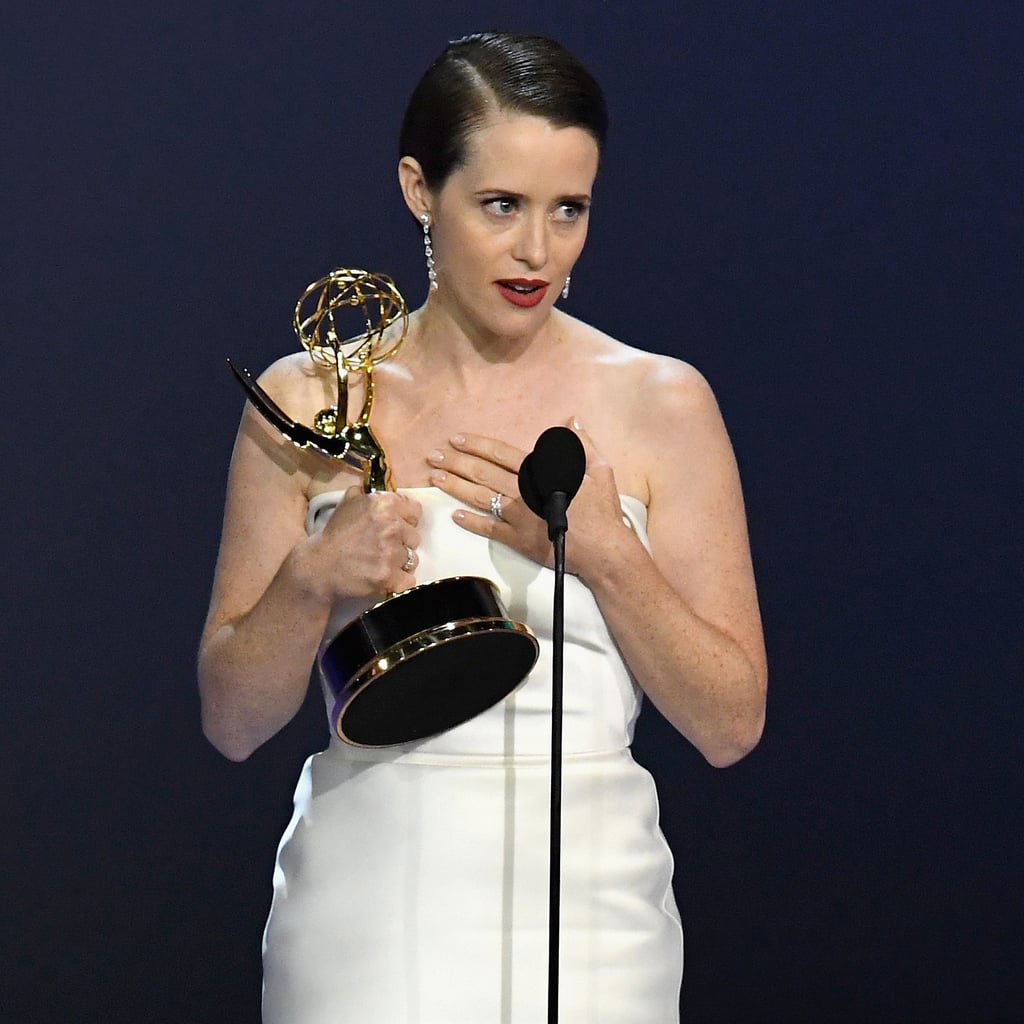 Claire Foy had a bittersweet Monday night at the Emmy Awards. The same day that a new trailer for her film The Girl in the Spider's Web dropped, the star took home the award for outstanding lead actress in a drama series for her incredible performance as Queen Elizabeth II in the hit Netflix show The Crown. It is the last time Foy will be honored by the Emmys for that role, as her character will be replaced by Olivia Colman in season three.

In her speech, Foy gave a shout-out to history-making nominee Sandra Oh for Killing Eve, who she was up against along with Elisabeth Moss for The Handmaid's Tale, Keri Russell for The Americans, Evan Rachel Wood for Westworld, and Tatiana Maslany for Orphan Black. She thanked her costar Matt Smith as well as the upcoming cast members who will continue on to the show's third season without her. Watch her whole speech ahead!