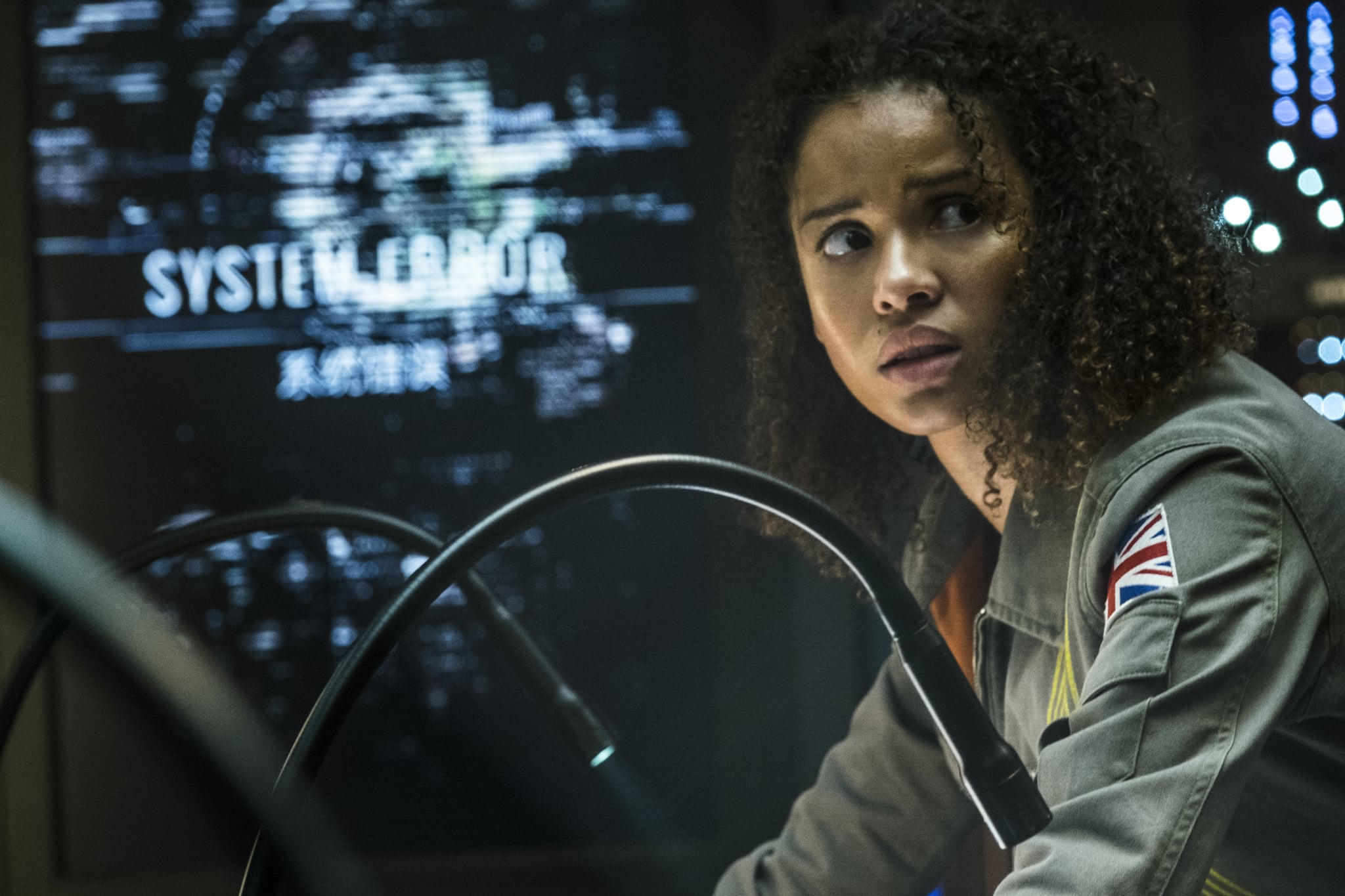 Warning: if it isn't obvious, we're about to spoil the entire plot of The Cloverfield Paradox.

Just after the Super Bowl, Netflix surprised the world with the sudden release of The Cloverfield Paradox, the third movie in the epic monster franchise that launched 10 years ago. This time around, we head into space with quite a large cast, a handful of fun cameos, and a complex story. While the film may not be very satisfying, I would imagine that some of those who braved the story might be a little confused about everything that goes down. This confusion is mostly due to the fact that the science is sloppy at best and not very well explained. But damn it, I'm going to try.

Related:
How Does The Cloverfield Paradox Connect to the Rest of the Series? Let's Untangle This

At the very beginning of the film, Hamilton (Gugu Mbatha-Raw) waits to get gas with her husband, Michael (Roger Davies). When a blackout occurs, we find out that Earth is experiencing a massive power crisis, and it won't be long before our civilization is stuck forever in complete darkness.

At this point, Hamilton discusses the mission she's been recruited for: a group of scientific engineering astronauts are trying to build this big particle accelerator cannon that would feasibly serve as a source of infinite energy. The mission of the crew is to fire and stabilize this giant machine while they're up in space, which is apparently easier said than done. As for why or how firing a big particle cannon would lead to a bottomless energy source on Earth? The science there is pretty foggy.

Thus, we launch into a credits sequence montage. The crew is firing the cannon over and over, trying to figure out the exact calculations that will keep it stable enough. Over the course of the next two or three years, they try and fail over and over again. By the time the credits are over, our heroes only have three tries left before they're out of fuel.

Just before the crew makes one of their final attempts at firing this energy crisis cannon, some of the crew members tune into a news segment on board the Cloverfield space station. Some mad conspiracy theorist is very against this whole cannon thing. According to this man, the cannon is so powerful that it could potentially rip a hole in the fabric of the universe. And who knows what might happen in that case?! We could see the appearance of demons *nudge nudge* or monsters *NUDGE NUDGE* as a consequence of harnessing this kind of power.

Then, you guessed it, the crew successfully fires the cannon! And everything goes to hell. The ship completely destabilizes and a bunch of sh*t breaks down. The crew realizes they've somehow lost sight of Earth. They're just free floating in space, completely lost.

So, basically, that conspiracy theorist was totally right. The cannon has effectively ripped a hole in the fabric of the universe. As a result, a bunch of crazy things have happened:

It's true: all of these occurrences seem like non sequiturs that have nothing to do with each other. Based on what the characters say, it seems that traveling between dimensions has entirely f*cked up the laws of physics and there are no rules of nature anymore. So, basically, anything goes. As for the appearance of the monster? Your guess is as good as mine. 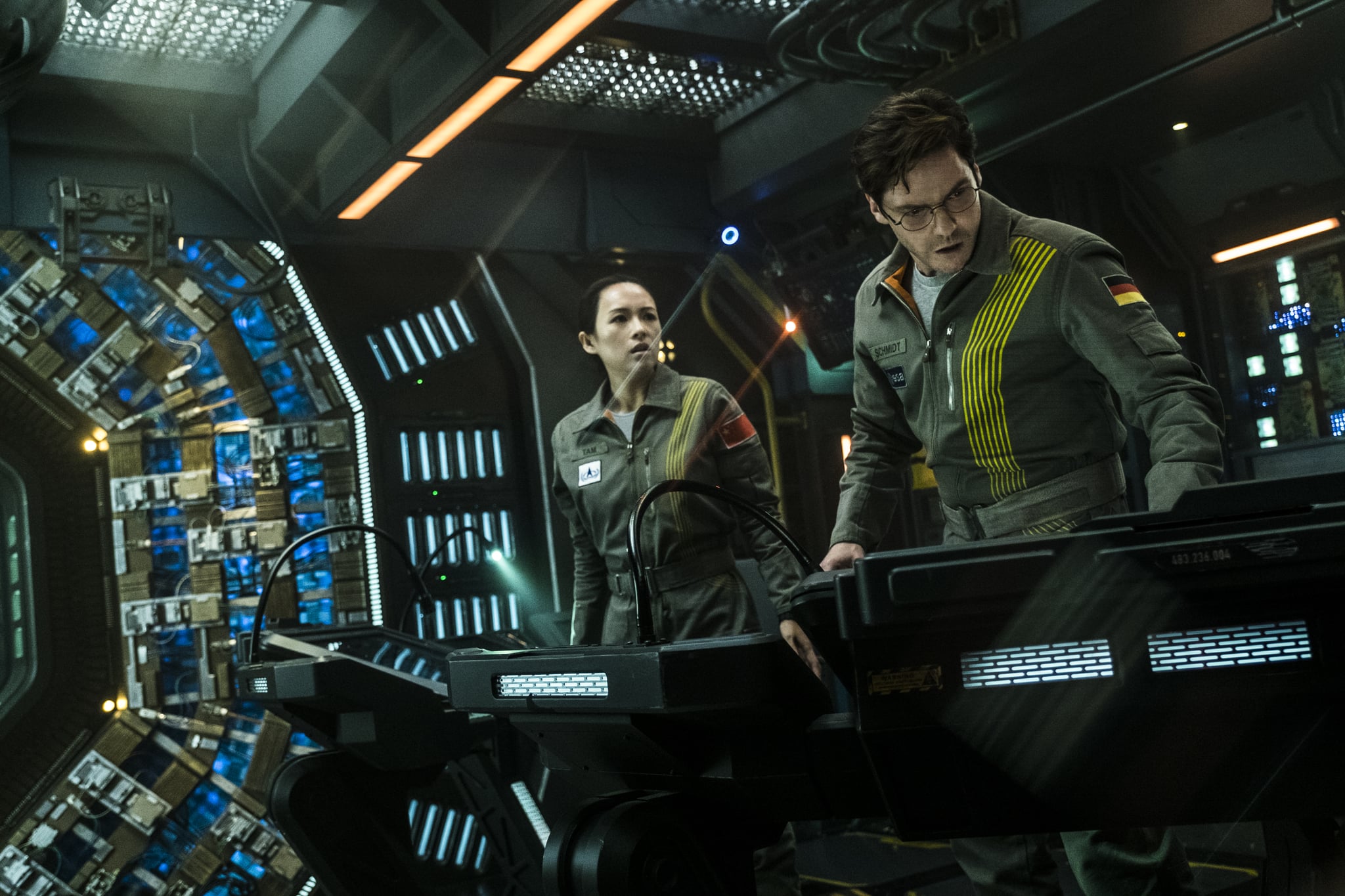 Once the crew realizes they're in another dimension, they realize there's only one way to get back to Universe A: they need to fire the cannon again. Using a lot of bunk science that ultimately goes over everyone's heads, they figure out how to get enough power to shoot the thing again. We learn that Tam (Ziyi Zhang) is actually Jensen in Universe A. We don't ever get an explanation for why we have Tam in Universe A and Jensen in Universe B. And, somehow, this further confuses why Hamilton is missing in Universe B. But alas, we'll call that one a loose end.

Tam realizes that, for some reason, the condensation in the cannon is causing it to malfunction. She then ironically dies by getting trapped in a room full of water and freezing once the window cracks and the cold of deep space seeps in. I don't know, guys.

Anyway, the crew figures out what's up, and they agree to give Jensen the formula so Universe B can succeed as well. But Jensen has another idea: she's just going to steal the whole Shepard thing and bring it back to Universe B's Earth. Meanwhile, Hamilton wants to stay in Universe B because she misses her children so much (as a reminder, they're still alive in Universe B). Apparently, she doesn't give a flying f*ck about her Universe A husband, who has helped her grieve and move on. And she also doesn't give a flying f*ck that Universe B already has a Hamilton who is alive and well. She's going to see her kids, damn it! Luckily, once Jensen turns evil, Hamilton abandons her ill-advised plan.

From there, it's simple math. Jensen kills almost everyone. Hamilton kills Jensen. Hamilton and Schmidt manage to fix and fire the cannon. They find themselves back in Universe A. The cannon works now! The energy crisis has been solved! Oh, and that pesky monster is just, like, the bleak reality of Universe A now. Bummer.

Hamilton and Schmidt take an escape pod to Earth, not realizing that they've unleashed a monster apocalypse on the poor people of Universe A. In the last shot, we finally glimpse the monster that we've been expecting the whole time: it pokes its head through the clouds and says, "How's this for a disaster of modern cinema?" Then it laughs like Ursula the Sea Witch.

Just kidding. The monster roars its mighty roar and everything cuts to black. But wouldn't the Ursula laugh have been so much better?