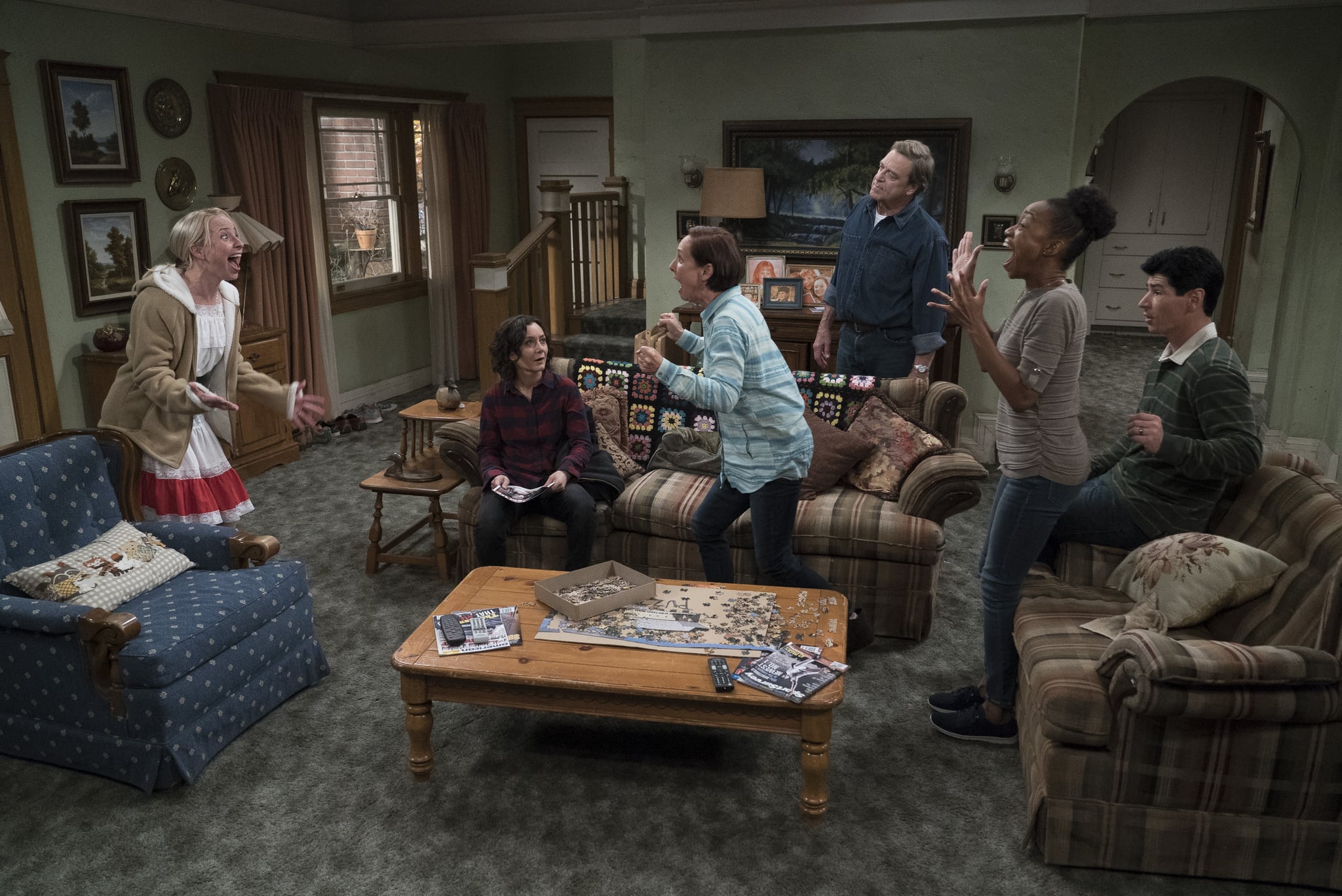 The Roseanne reboot might have lost its namesake after a rocky scandal involving Roseanne Barr's racist Twitter spree last year, but it seems the spinoff — which rebranded as The Conners — is doing just fine.

On Friday, ABC confirmed that the series has been renewed for a second season, though the episode count for season two has yet to be revealed (Deadline speculates the next season will expand the 11-episode count to 13). The core cast is also expected to return, led by John Goodman, Laurie Metcalf, Sara Gilbert, Lecy Goranson, and Michael Fishman. Hopefully some of season one's notable guest stars (Matthew Broderick! Juliette Lewis! Katey Sagal!) will return for more episodes in season two as well.

"We are proud to be continuing the story of the iconic Conners family," ABC Entertainment President Karey Burke said of the renewal. "This team is fearless in their willingness to tackle contemporary issues with humor and heart, and I have no doubt they will continue to outdo themselves."

A premiere date has yet to be announced, but you can likely expect to see the Conner family return sometime this Fall.