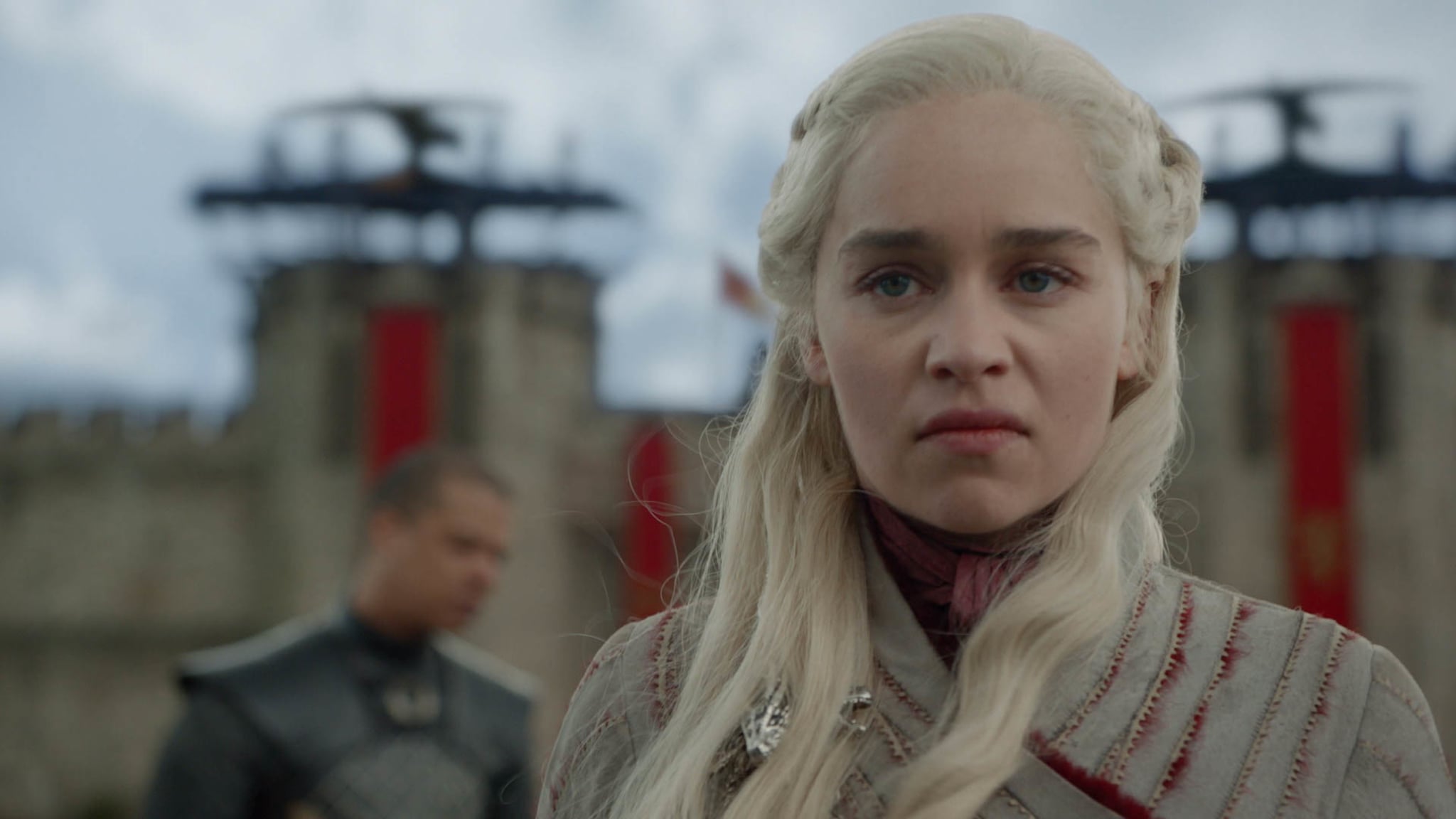 Warning: Game of Thrones spoilers ahead!

As the final episode of Game of Thrones quickly approaches, it's difficult to know exactly what's in store for the characters still remaining, but one thing is clear: Daenerys Targeryen is fulfilling our deepest fears and following in her father's footsteps as the Mad Queen.

The Mother of Dragons (now just one dragon, unless something crazy happens in the next episode) has a right to be pissed after Cersei beheaded her best friend, her boyfriend revealed he's actually her nephew, and she lost a large chunk of her defenses at King's Landing. However, the vicious reaction she has in "The Bells" actually signifies something much more tragic and deep-seated than anger.

If this theory from Reddit user kargiso is correct, the answer to Daenerys's madness may have been hiding in plain sight, or rather, the stitching of her costumes all along. The user claims to have a background in costume history and compared Daenerys's outfits from season seven to season eight for context clues. 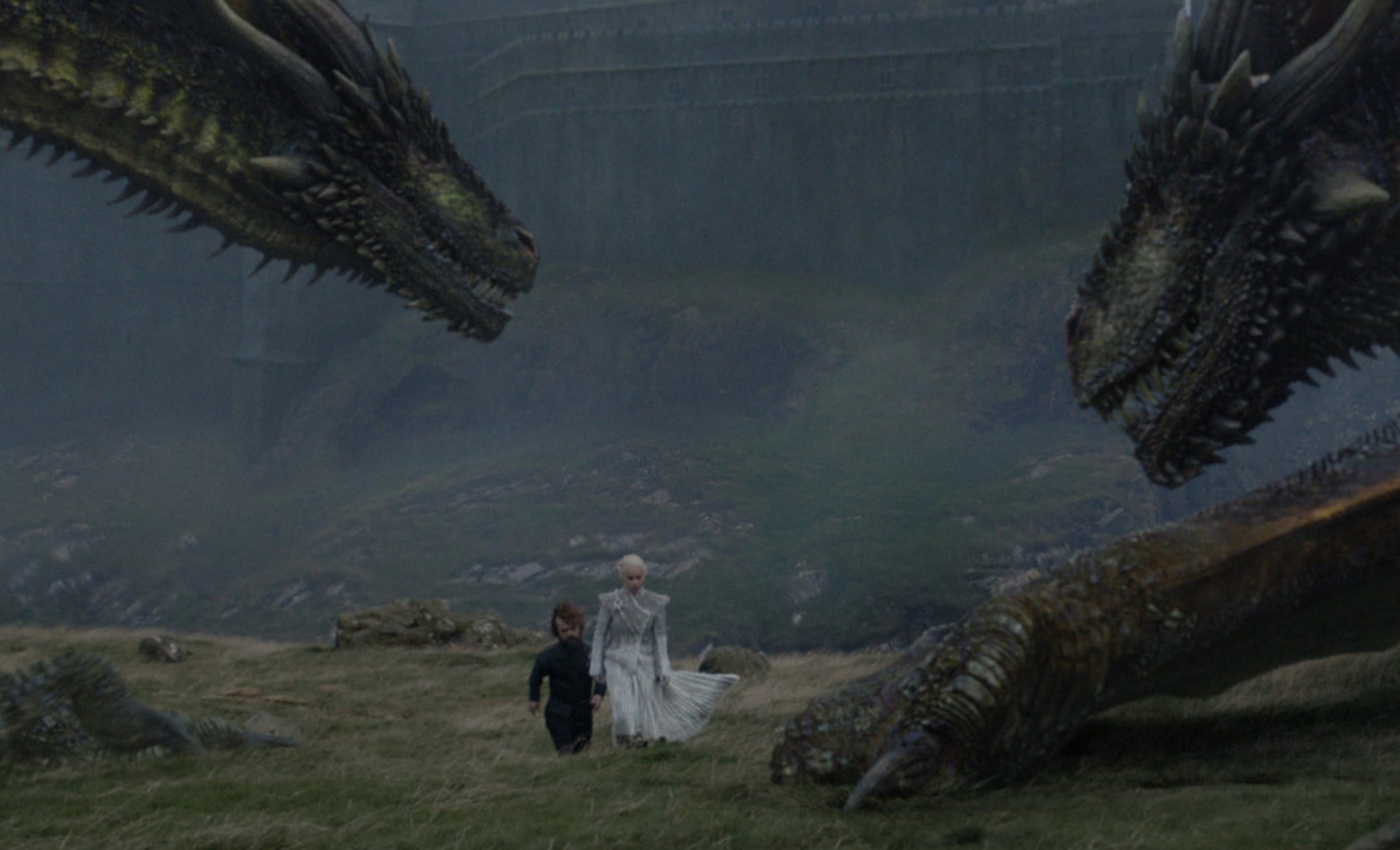 If there's a word to describe Daenerys's attire in the first few Game of Thrones seasons, it would be "adaptable." She's young and impressionable when she first joins the Dothraki as Khal Drogo's wife, although she quickly finds her inner strength. Her fashion throughout seasons one through five, however, is still influenced by the places she lands, like Qarth and Meereen. Daenerys mostly wears shades of blue, ivory, khaki, and gray until season seven. Once season seven begins, she starts to blend the hues of her Targaryen roots (steel, black, and red) with the colors from her world of experiences.

"When Dany went beyond the Wall to rescue Jon and the others, she wore a white fur coat with black leather strip detail. The fur lining was white. The inner lining was grey. Her gloves were grey," Reddit user karsigo wrote. "White is associated with purity and in that episode, her intentions were pure – she put someone's else's needs and concerns above her own. There was a softness about her look that we may not see again." 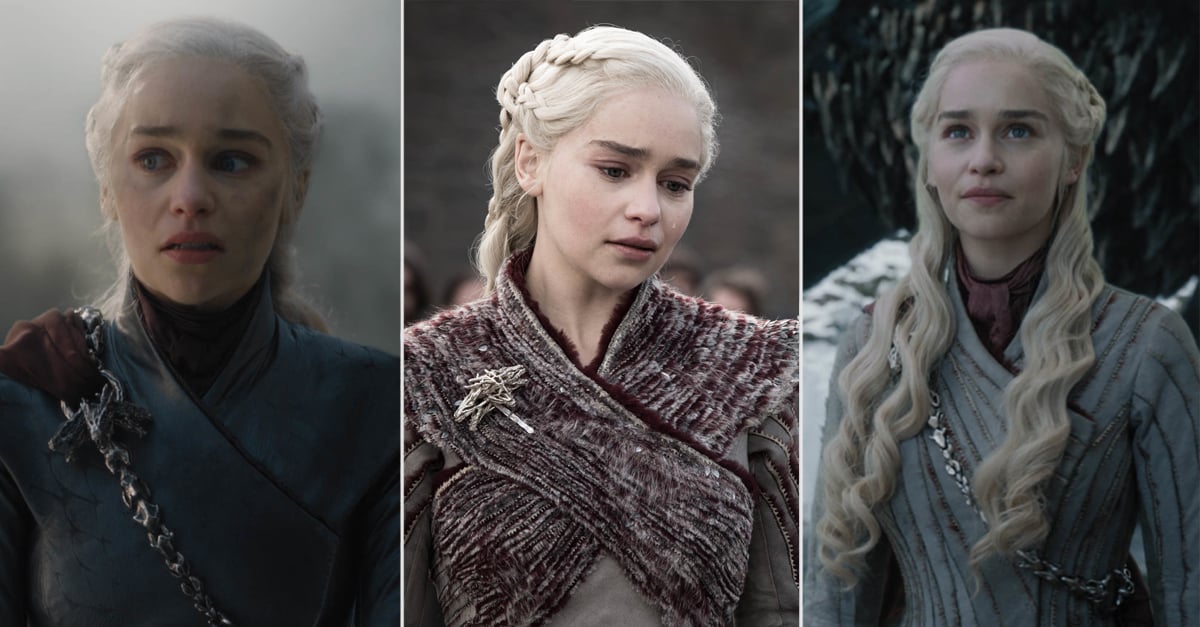 Season eight sees Daenerys arriving in Winterfell, and with her comes a more intense expression of Targaryen pride. As the Reddit user notes, Daenerys infuses almost everything with red: the lining on her coat, her scarf, her leather strip detail, her gloves ("think blood on her hands"). In the second-to-last episode, Daenerys talks with Jon Snow by the fire wearing all red. She is ready to embrace the never-ending flame within.

"It's a nod to her Targaryen heritage, but the more red we see, the more she's inclined to embrace the fire-and-blood motto. The red-on-white is especially foreboding," the user wrote. "Notice all the Northerners wear subdued colors and grayish-brownish furs. Dany's advisors all wear muted colors. So Dany's white fur look is her way of announcing to those around her that she is of special status. You can bet Sansa, who stitches her own clothes, noticed that straightaway."

Her fresh wardrobe also includes dresses with dragon-scale detailing and spiky silver metal embellishments and coats with a silhouette similar to her brother Viserys's. This could be perceived as an intimidation tactic or a way for Daenerys to keep people at arm's reach. It could also be seen as an unavoidable step toward the darkness in her family line. Her powerful (and, yeah, let's call it badass) new look closely mirrors Cersei's own dramatic change in attire over the past few seasons — a foreboding sign for the Breaker of Chains, indeed.