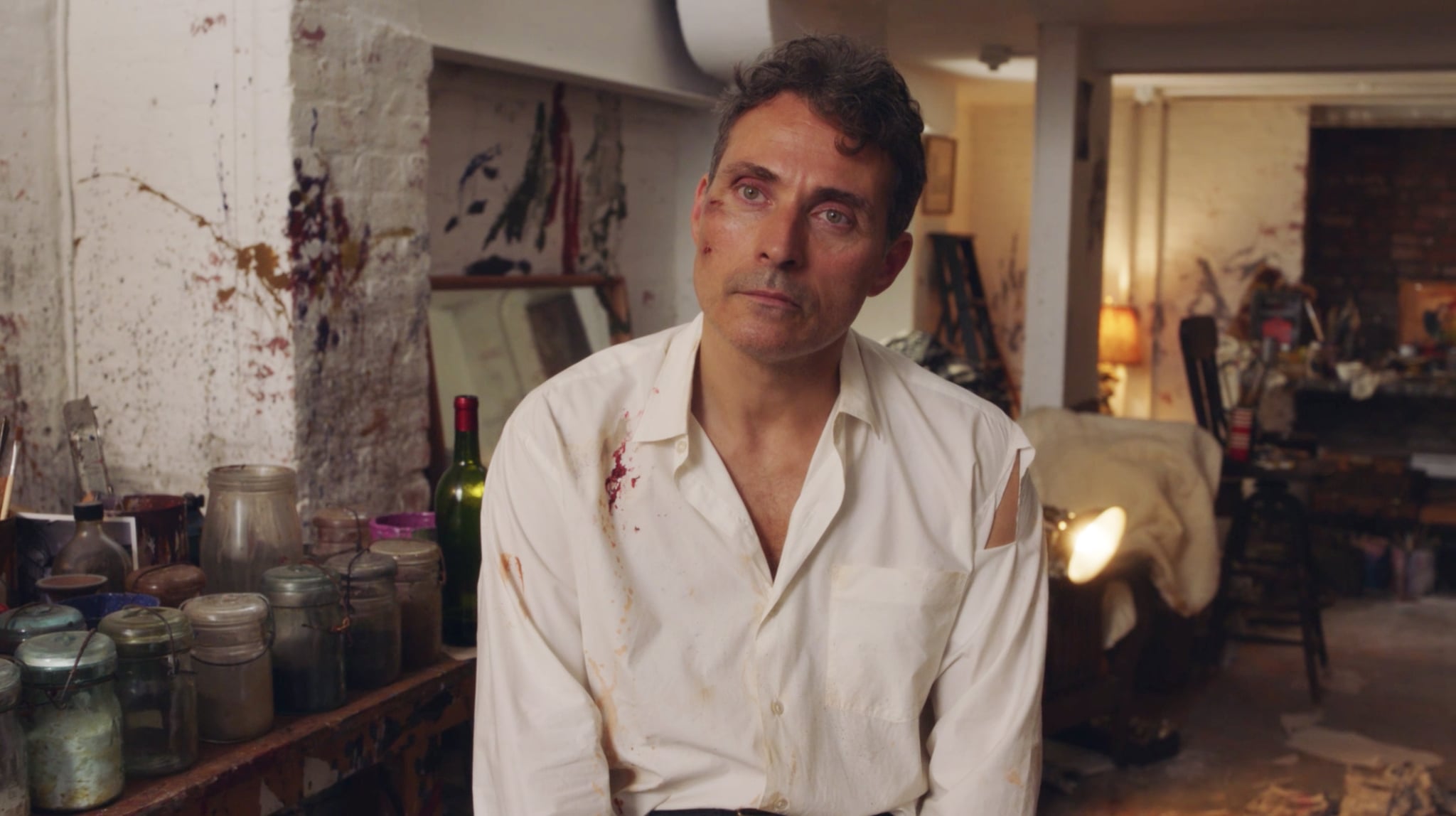 In The Marvelous Mrs. Maisel's second season, our intrepid heroine Midge Maisel faces down that dilemma that's been haunting creative professionals forever: What is the cost of creativity and art? While some of her conflict stems from her wild, complicated family situation and her tangled love life, she's also questioning how much she's willing to put into her career, even at the expense of other aspects of her life. That inner conflict is put on full display in the seventh episode of the season, where Midge meets Declan Howell (played by The Man in the High Castle's Rufus Sewell), a drunken but brilliant painter.

Declan's role in the story is fairly simple: to represent, both for Midge and for viewers, the dark, lonely, and sometimes brutal side of being an artist. He creates spectacular art, but his pursuits cost him his home life and his family, leaving him alone in a filthy studio with an abusive landlord. While Declan Howell wasn't a real person, unlike some other characters Midge encounters, he serves as an amalgamation of the male painters like him from that era.

The character, placed in the downtown Manhattan art scene of the 1950s, seems likely to be inspired by abstract expressionist artists of the era, like Jackson Pollock — who gets name-dropped in a story Declan tells about a particular painting of his. Pollock was famously reclusive and alcoholic, but regarded as one of the most important artists of his generation. Other artists named in the episode include Franz Kline, whose artistic legacy has always been confused by his refusal to discuss or assign meaning to his art, and Robert Motherwell, who had three marriages end in divorce.

While actor Sewell and creator Amy Sherman-Palladino have not spoken publicly about the inspiration for the character of Declan, it seems likely that these artists mentioned as his contemporaries formed the basis for this small but crucial role.

Sam Worthington
Everything We Know About Ron Lafferty's Ex-Wife, Dianna
by Pallavi Bhadu 13 hours ago