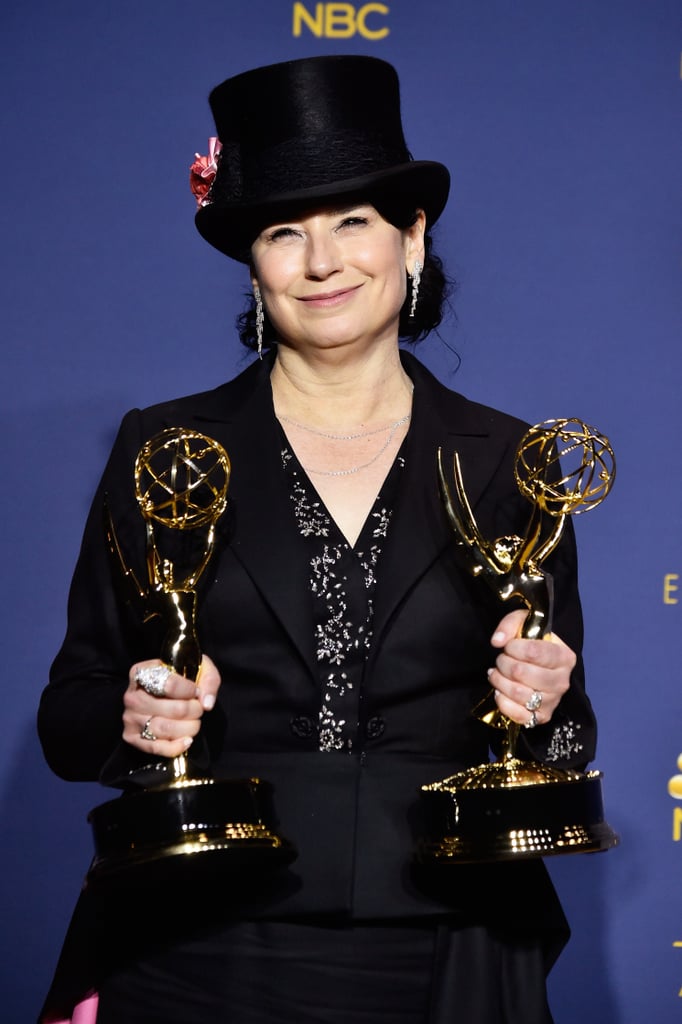 The writing and directing awards can be slow moments at any award show, since viewers are typically a lot less familiar with the behind-the-scenes talent than with those on screen. At Monday night's Emmy Awards, however, one of the highlights early in the show was the back-to-back wins by Amy Sherman-Palladino. Rocking a deeply awesome top hat and her signature quips, Sherman-Palladino almost stole the show. If you aren't familiar with her yet, here's a primer to get you better acquainted.

Sherman-Palladino started her career in the writers' room of the original Roseanne in the early 1990s. After leaving the show, she had the chance to create her first TV series: the Fox sitcom Love and Marriage. Unfortunately, the show was poorly received and only lasted for two episodes in 1996, but it did later lend the name of one of its characters (April Nardini) to a character on Sherman-Palladino's biggest hit: Gilmore Girls.

Gilmore Girls was the calling card of Sherman-Palladino and her writing partner/husband, Daniel Palladino. The dramedy about a close-knit mother and daughter in small-town Connecticut aired on The WB from 2000 to 2006 (it finished its run on The CW in 2007 after The WB merged with UPN to create a new network). Although the series was snubbed by most award shows, its quirky characters and rapid-fire, pop-culture-reference-filled dialogue won great critical acclaim, and it came to be a beloved hit for a whole generation of young women. Its revival in 2016 was met with huge enthusiasm from fans, although the released episodes garnered mixed reactions.

Sherman-Palladino's next project reunited her with several of her Gilmore Girls family members, including actress Kelly Bishop. The ABC Family series Bunheads, like Gilmore Girls, was set in a small town full of quirky people of all ages. With a pre-Younger Sutton Foster in the lead and a slew of young ballerinas for some teen drama, the show became beloved by Gilmore Girls fans but failed to catch on with other audiences; it was canceled in 2013 after just one season.

Her most recent project, though, has had much more success. The Marvelous Mrs. Maisel, created for Amazon Prime's streaming service, follows a female comic in the 1950s and all the shenanigans around her career and family. It's been a smash hit after just one season, and we can't wait to see what else Sherman-Palladino has in store when the second season debuts!