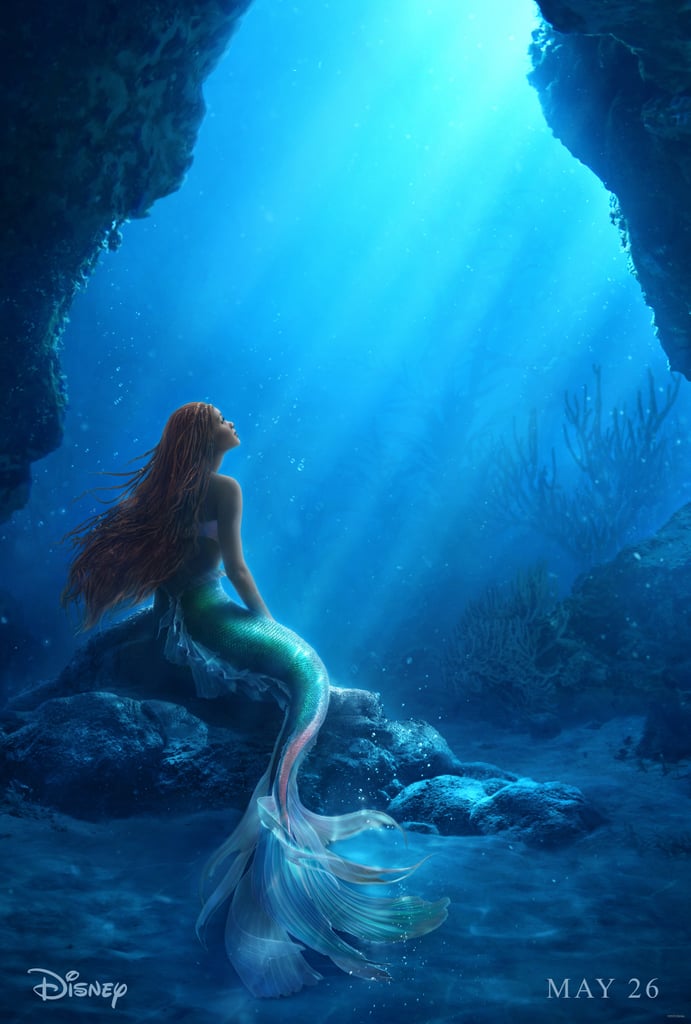 We're ready to go under the sea for Disney's live-action "The Little Mermaid" movie. The film was first announced back in 2016, and details about the project have been trickling in ever since. In July 2019, it was announced that actress and singer Halle Bailey, who is one part of the R&B duo Chloe x Halle, would be playing the title character. After production delays due to the COVID-19 pandemic, filming officially kicked off in early 2021 and eventually wrapped in July. On Sept. 9, Disney released the first teaser trailer for the movie at D23 Expo. The teaser features beautiful shots of Ariel in the ocean with the iconic "Part of Your World" playing in the background. Bailey also sings some of the song in the teaser. At the event, Disney played the full "Part of Your World" sequence for the crowd in attendance.

"I hope that we can just bring back some of that childhood movie magic."

Bailey spoke about the initial reaction to the trailer in a November 2022 interview with POPSUGAR. "I just feel super honored that I get to take on a role like this," she said. "It really makes me pinch myself at times. It doesn't feel real, but I'm just really grateful with the overall response, especially from the babies. They keep me going. Seeing all the reactions of them just make me cry and fill me with such joy."

She also anticipates viewers will enjoy the nostalgia of the live-action film. "I hope that we can just bring back some of that childhood movie magic," she said, adding, "I hope that when the movie finally does come out, everybody enjoys it and really likes it, because I did my best."

In Variety's 2022 Power of Young Hollywood issue, published in August, Bailey also discussed identifying with Ariel at a young age, saying, "Her sense of longing, her searching for herself, was something that I could resonate with. She knew where she wanted to go, and she wasn't going to let anybody stop her."

In the Variety interview, Bailey opened up about how she coped with the racist criticism that followed her casting. "It's important to have a strong support system around you. It's hard to carry the weight of the world on your own," she added. Bailey said she leaned on her grandparents, who shared their own memories of the racism and discrimination they've endured over the years. "It was an inspiring and beautiful thing to hear their words of encouragement, telling me, 'You don't understand what this is doing for us, for our community, for all the little Black and brown girls who are going to see themselves in you,'" she recalled.

Read ahead for all the details we have about the anticipated new movie, including the trailer, release date, and poster.